We enjoyed four days in Leicester and our new companions (Steph & Mike on Raven) were planning to head off and so, it being a good idea to share these awesome locks, we decided to join them.  Meanwhile, we’d had another visit to the Criterion (with Raven) and I cycled down to the Abbey Pumping Station (museum) – all very interesting. 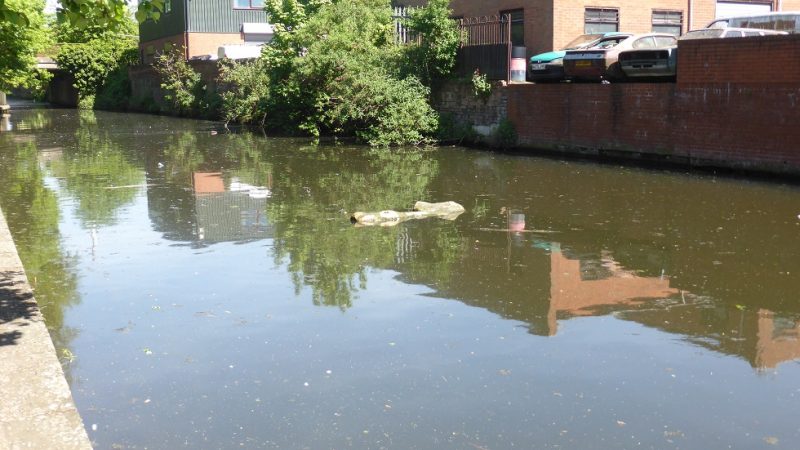 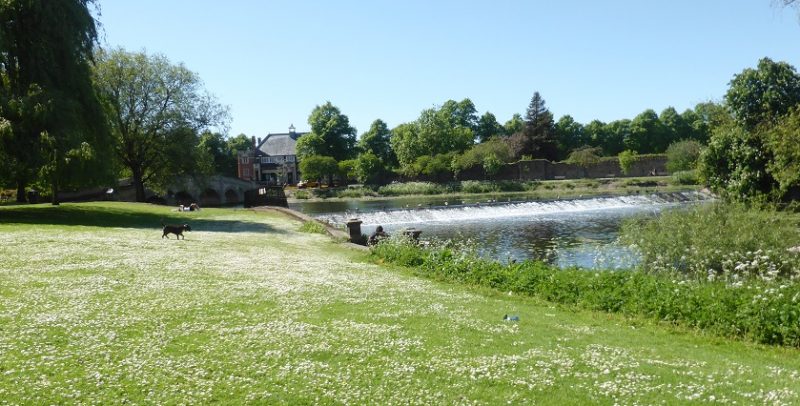 Complete with some amateur Bollywood productions 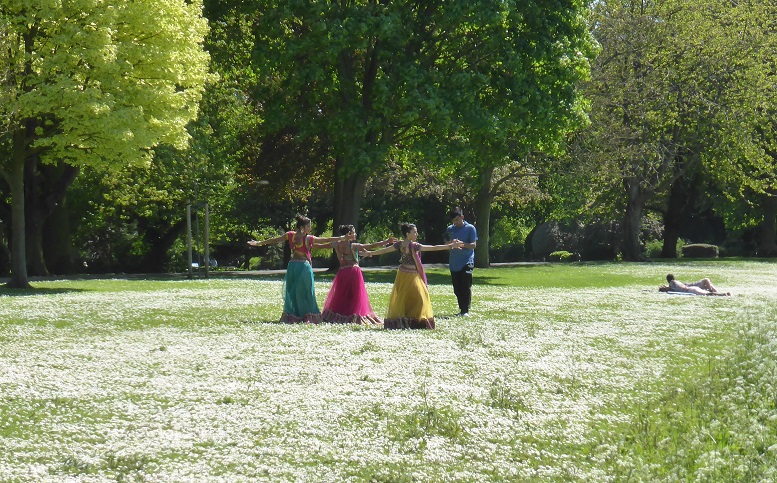 Lots to see in Leicester – this one’s for Jenny – marvellous looking church: 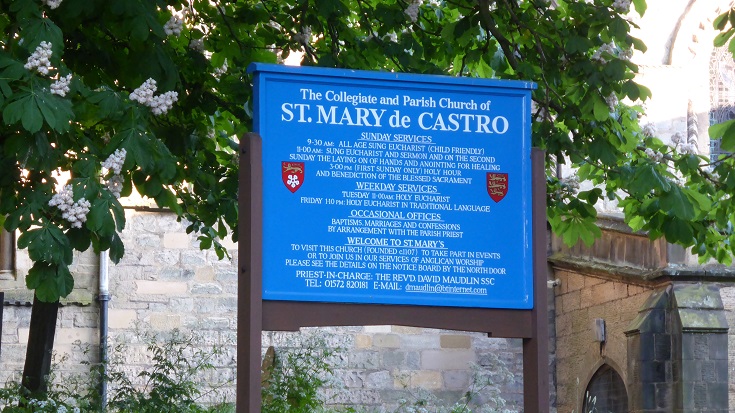 And arched doorway, reminds me of St Peter de marefair? 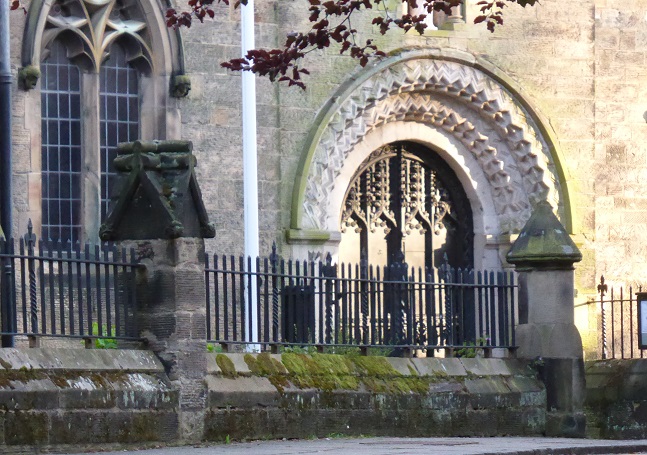 The Abbey Pumping Station museum – still gets steam up! 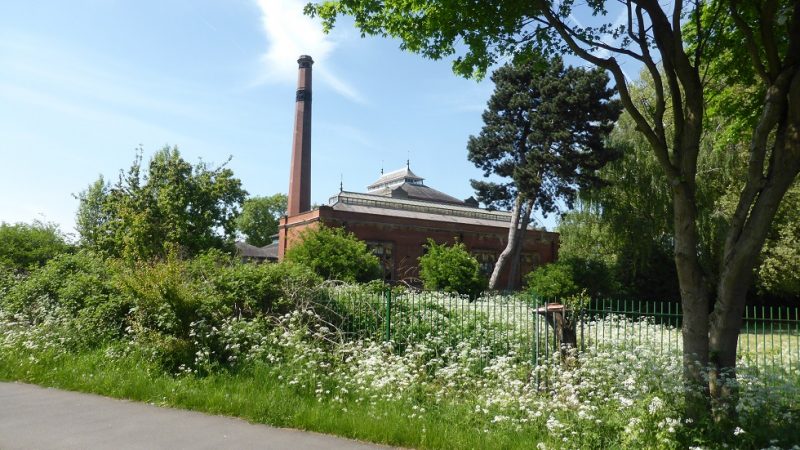 Marvellous beam engines . . . and a whole museum of all things “Leicester” 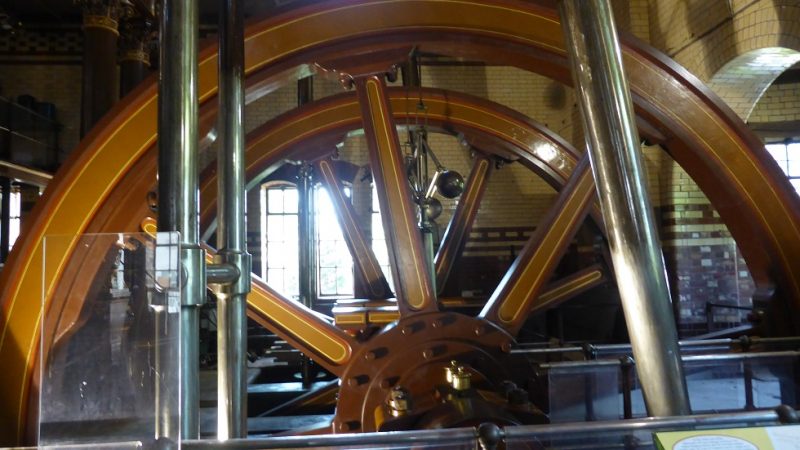 The little Bickerton, folding bike was a very good buy – zooms around the (flat) paths. 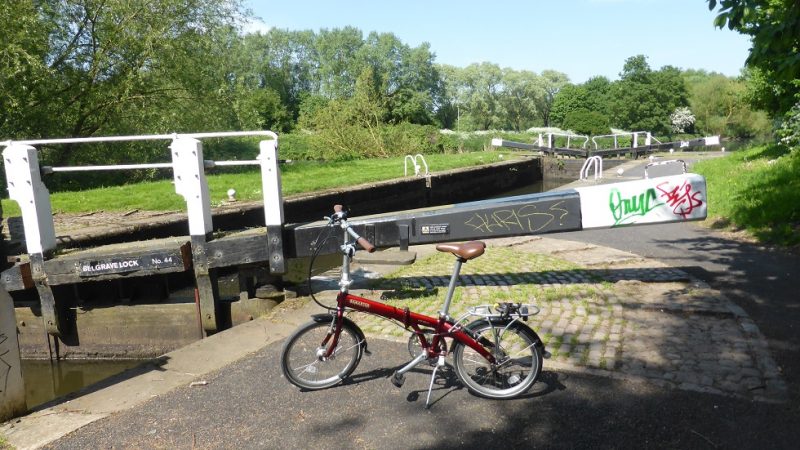 I filmed a very mucky section of canal, just below Lime Kiln lock

And just above, in contrast, some fancy new moorings in a small arm leading to Leicester College.  New VM? 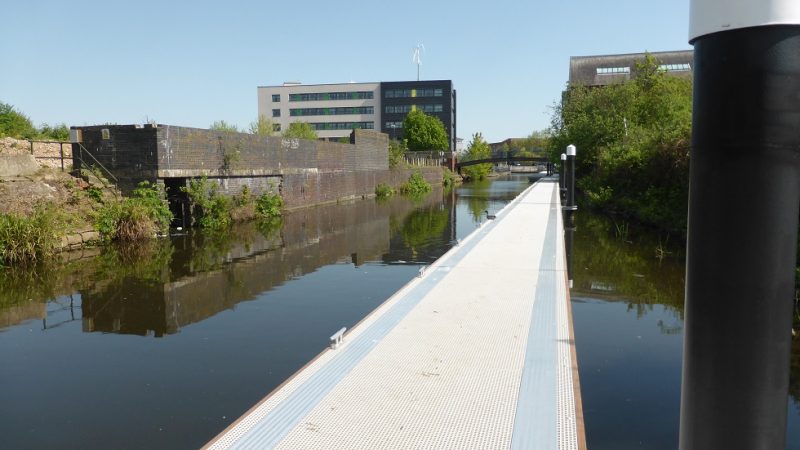 Trying to frighten off the hoards of pigeon – bit diminutive this rubber snake. 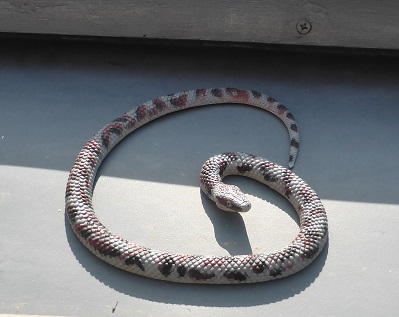