After two days at bridge 19, we decided to move off to bridge 3 – nearing the end of the Ashby. There was a bunch of kids – could only have been around 12 years old – chucking stuff off bridge 19 onto passing canoeists and boats. They were spitting onto the crews below too! What is it with kids today, eh? Our neighbour on Nuffield, went off in pursuit but they had bikes and legged it. Little charmers. We’d sent an email to Kevin at Onboard Energy re new batteries but have heard no more.  So time to chug on – engine purring nicely, no problems! Viv was driving for a bit, so Steve sat up at the front, making a fuss of Toby. 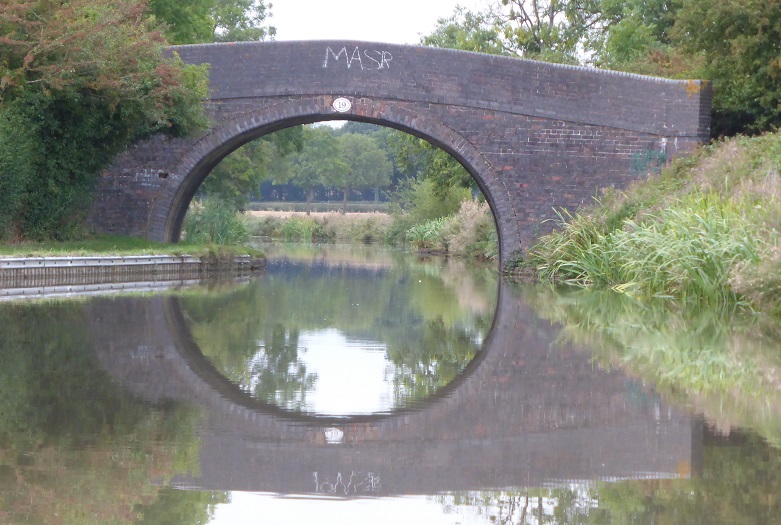 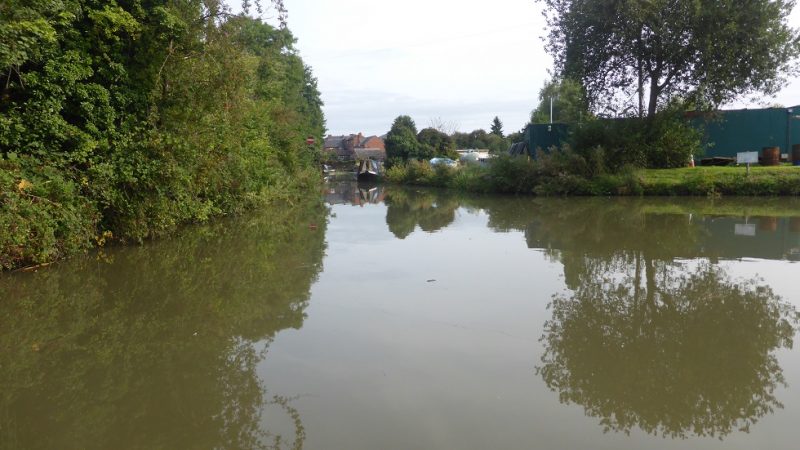 Here’s the small wharf south of Hinckley, with a small lake and the Sea Cadets next door. 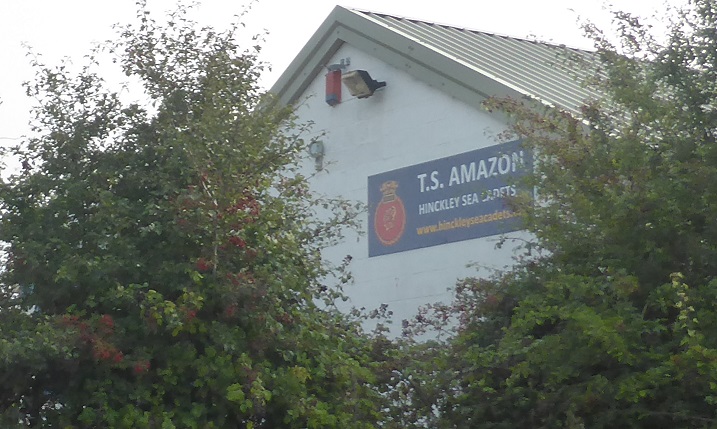 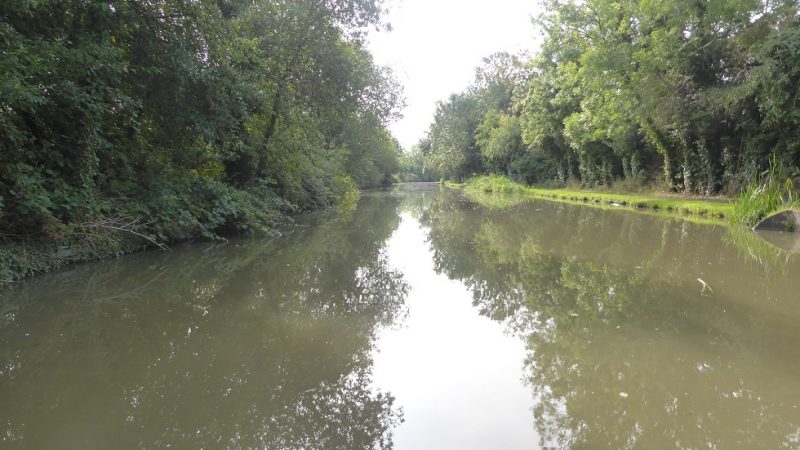 The Ashby canal can be shallow, narrow, twist & windy but also has some nice wide bits. 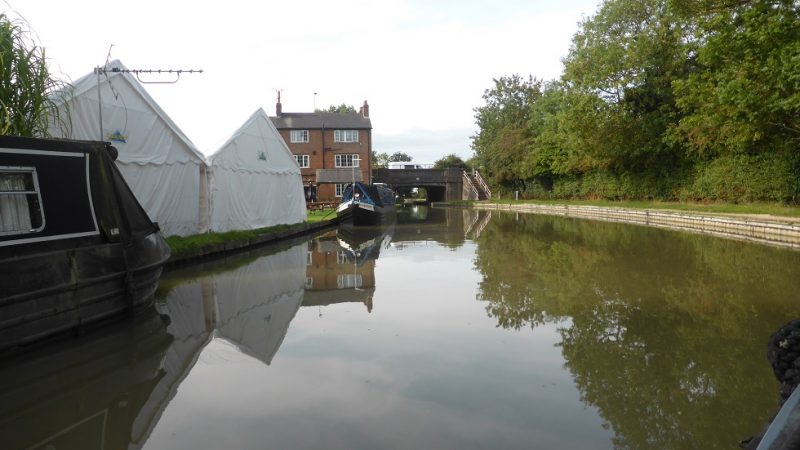 Marvellous stone bridges but most seem to be cracked and looking like they’re about to collapse. 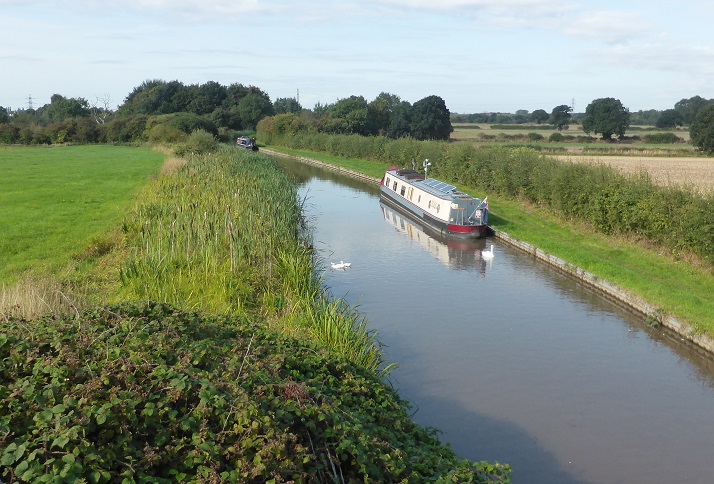 Well, stopped just after bridge 3 – nice spot. Trains in the distance but otherwise quite rural. And just as soon as we stopped, Kevin phoned – he had our number, for we were on his database! Yes, he has the batteries and can fit us in on Friday. Yippee. So that’s good news – just 2 hrs chugging, turning right instead of left and we can moor at Springwood Haven. 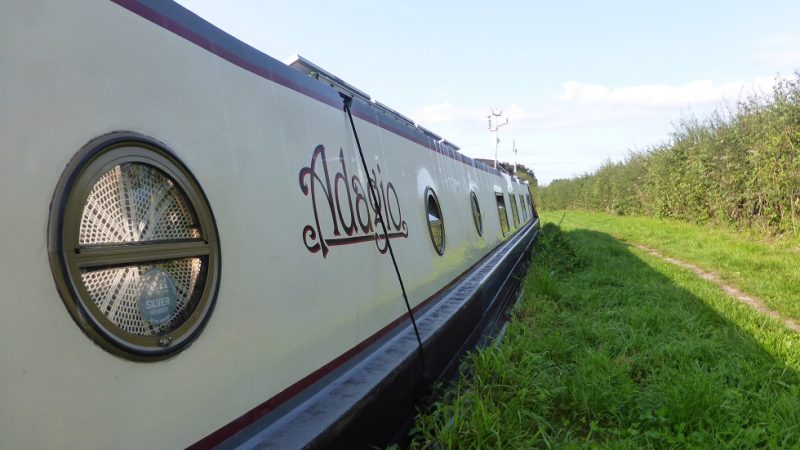 Definitely Autumnal – a heavy dew on the boat but a pleasant start to the morning. We met the boat “Boo” with the two spaniels. We last saw them at Springwood Haven where they were waiting for a new engine to be fitted. All done now and they are out testing it. 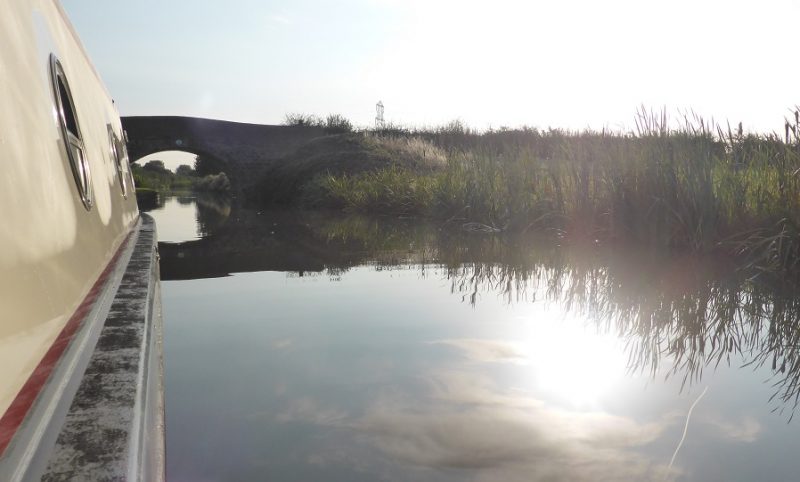