Yes, all good things come to an end – except a sausage, of course, which comes to two.

We left Hilmorton early and sailed through Braunston. Arriving at the bottom lock around 9 ish. We then teamed up with a hire boat full of young scouts who were being trained in all things narrowboat. Taking turns to work the locks and steer the boat. This made light work for us and we were soon thru the six big locks and into the tunnel.  We stopped for lunch at Welton but decided to push on for it felt like we were nearing home. Just three very hot hours up the Watford flight (we were third in a queue) but had help from the volunteers. Back in the marina by 4 ish and a quick pump out & restock of tokens, Elsan Green and a card for the electricity. Then it was a navigational puzzle to work out how to get back into our ickle mooring in a force 4 wind blowing east, and thus pushing us onto all the A pontoon boats! Viv called it supreme skill but I called it luck as we let the wind blow us sideways across the marina and then using reverse thrust & some bowthrusting, we slid into B1 without incident. Thanks also to neighbours Ron & Gail who stood by with ropes. 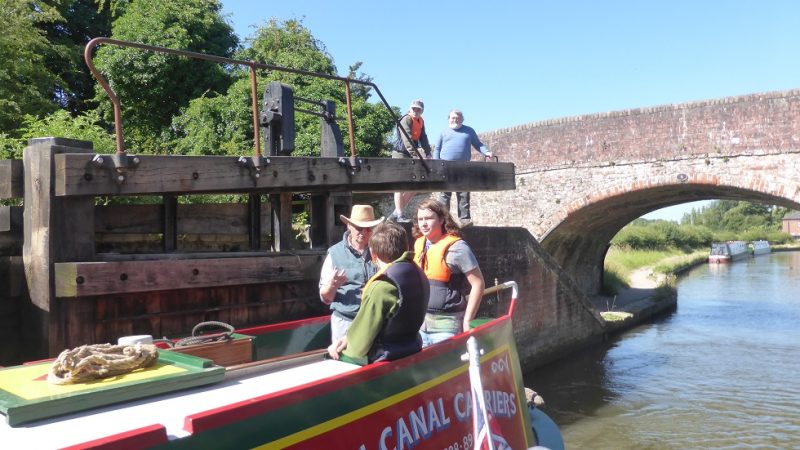 Lots of scouts plus their leaders – all helped to work the locks. 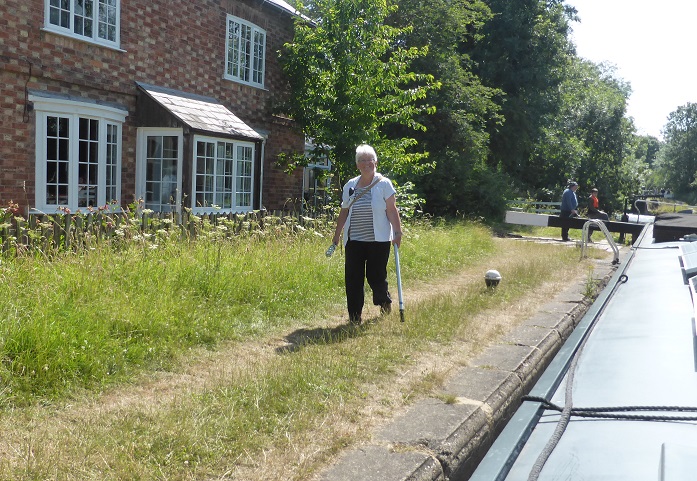 Which made it a bit easier for Viv . . . and very easy for Toby, who supervised 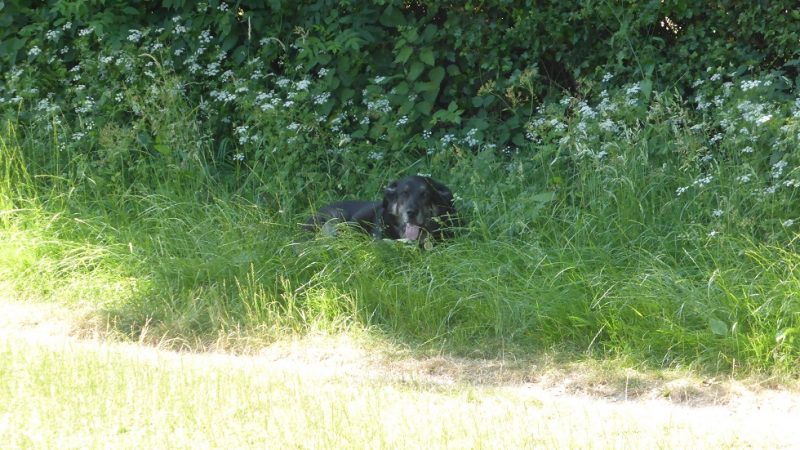 Up to the Norton junction and the smallest sign ever, welcoming boaters with good eyesight to the Leicester branch of the Grand Union. And bridge No 1. Just 17 to go then. 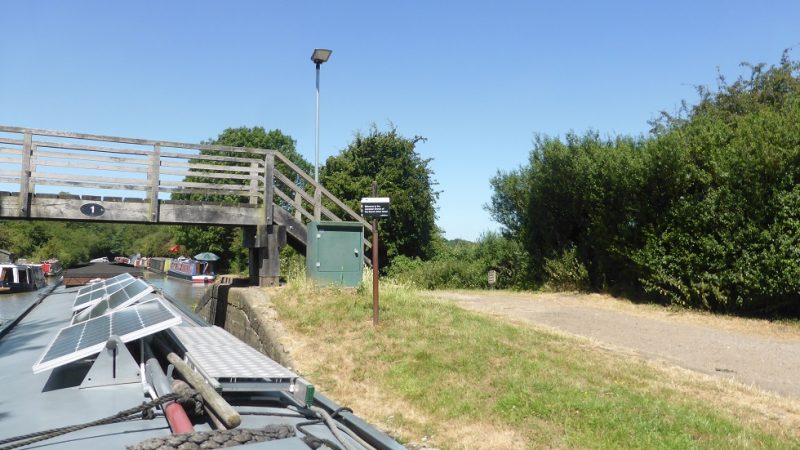 Up the Watford flight – it was very hot. 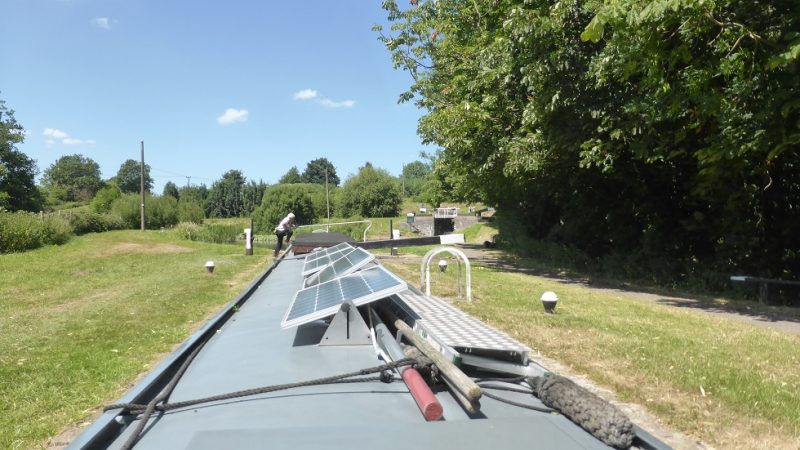 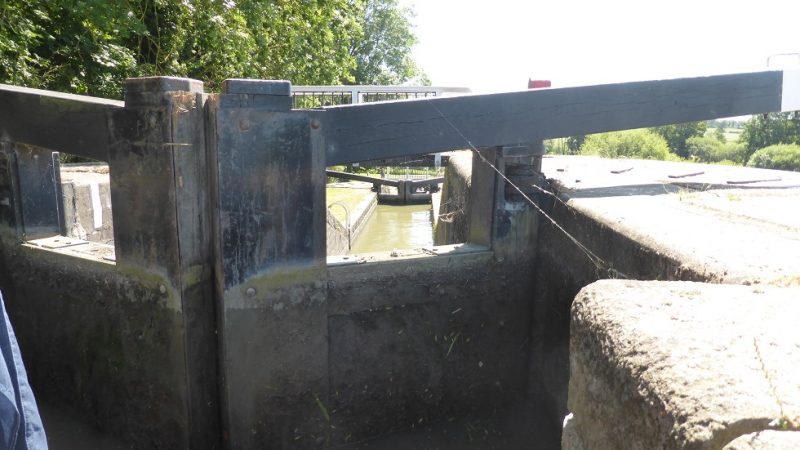 Back in our mooring – lots of reeds have grown up but we do have our own Reed Warbler . . . 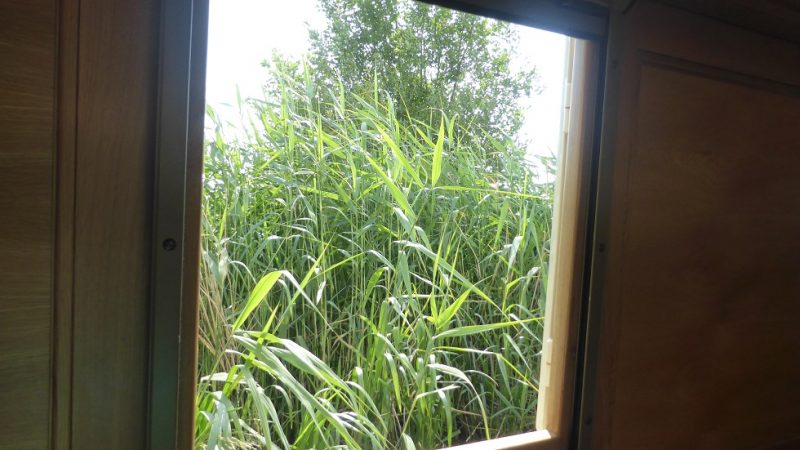 And lots of damsel flies 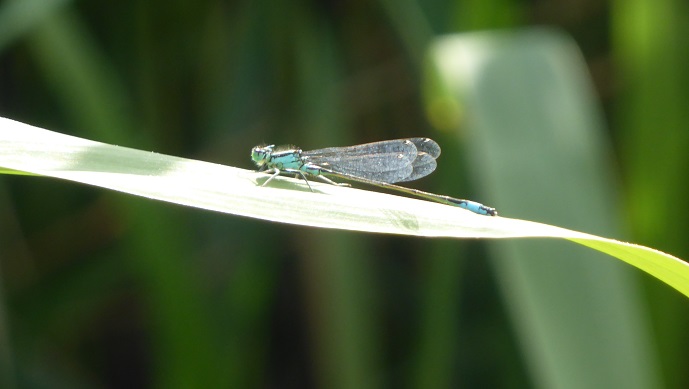 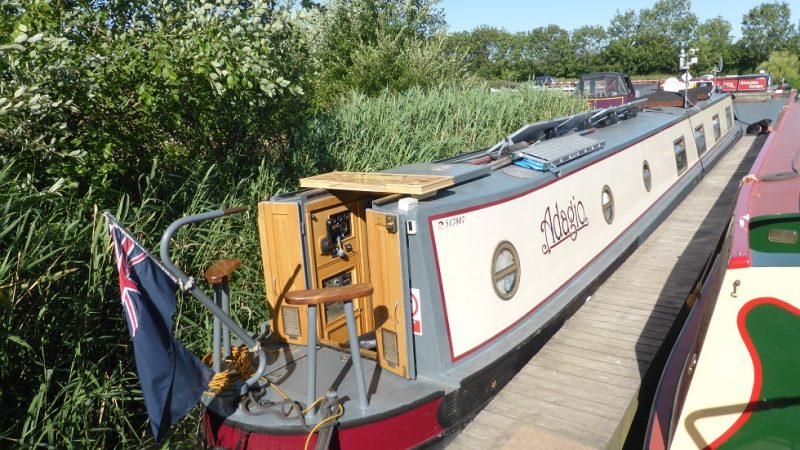 Back in B1 – lots of encroaching reeds 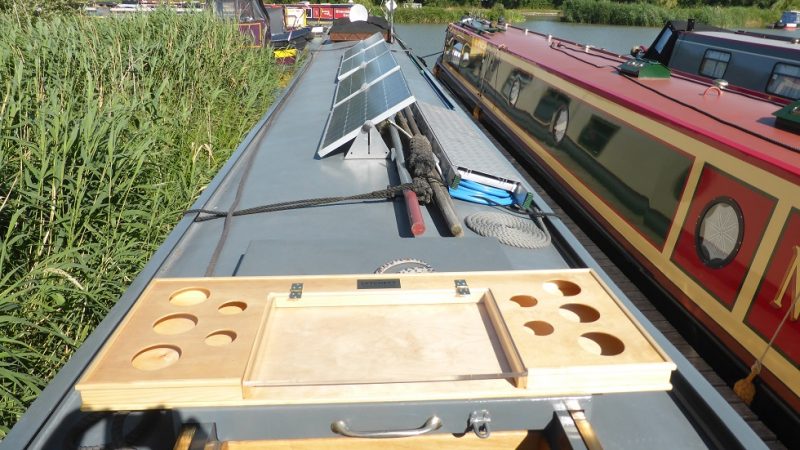 New acquisition – the Lytchett Navigation Station – ideal for maps, books, ipads, phones and drinks . . . even in the rain 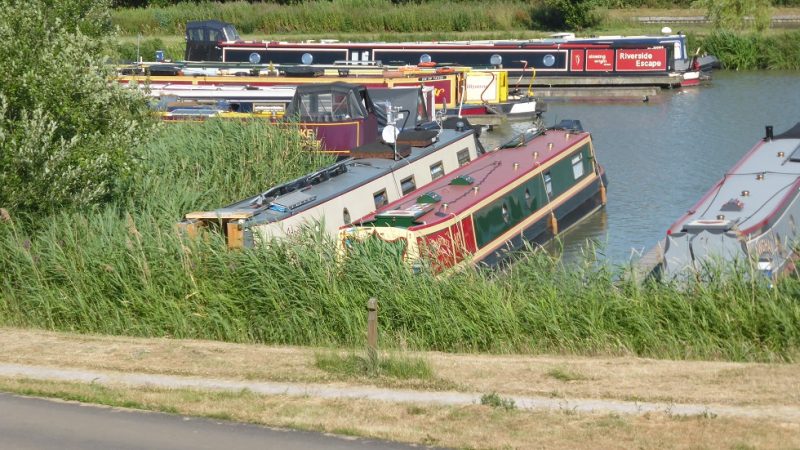 Shows just how tight it is to get in this slot 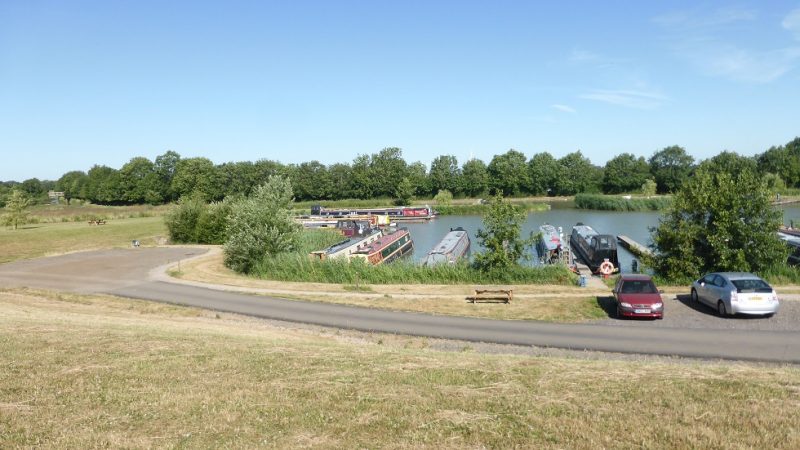 Not many boats . . . . a lot have gone out for the Summer and a lot have just gone 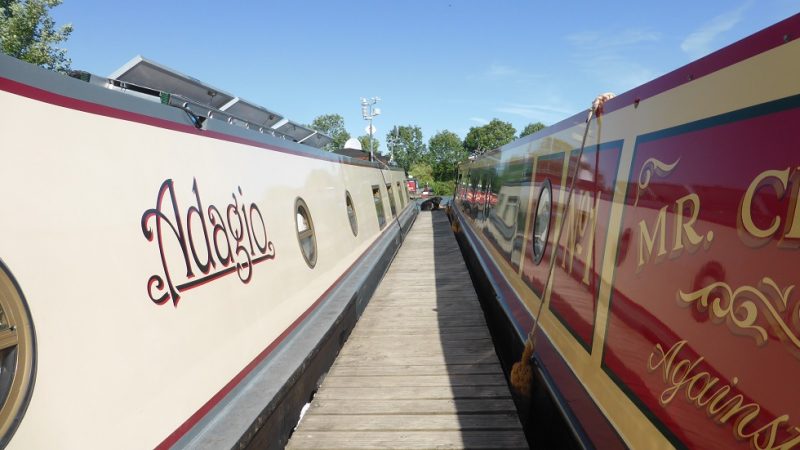