There are highs and lows with boating. This weekend saw a few lows for us – near to tears at times. You heard, last time, that the solar controller was not happy – it saw a very low voltage (8 volts and not 12) and so shut down. The batteries are very old (10 years) and are becoming more and more senile. With the new Victron battery monitor, we can estimate that they are only at about 50% of their original capacity (600 Ah down to 300?). And it doesn’t take much to eat into that .  . .  the fridge eats about 4 amps continually and then we do watch TV, run videos etc . Several mornings now we’ve heard the “baby crying” – the new gauge gives off a pathetic beep-beep, when the voltage gets to 50% (12.2V). And then the engine – our mainstay, started to throw a wobbly – it sounded like it was about to choke and die!

Fortunately, via the rather nerdy but nice, “12 volt boaters” group on FaceButt, they suggested that all was not lost – check all the connections etc. And so Steve did and found that the main fuse was all corroded:

It must have been a combination of high current (the recent hot weather – lots of sun) and high temperatures (ditto)! Once this had been bypassed, all was well and the controller burst back into life.

Meanwhile, Sunday was very very very wet but the clouds parted and it dried up for the latter part of the day and so we headed off to StokeFest – a music festival.

Oh and on the way, two more blue plaques! 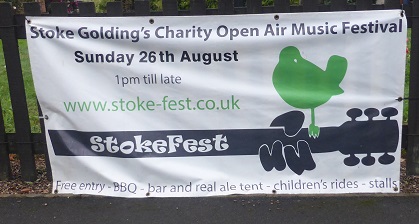 Not that well advertised but we walked the mile so to the Rec. ground – following the sound of the throbbing music 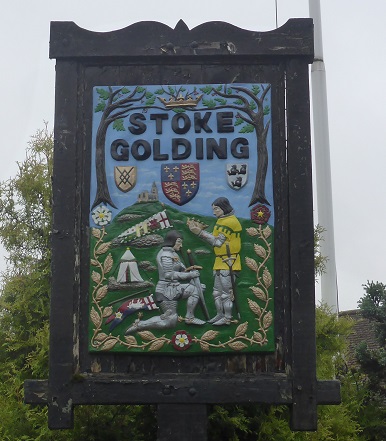 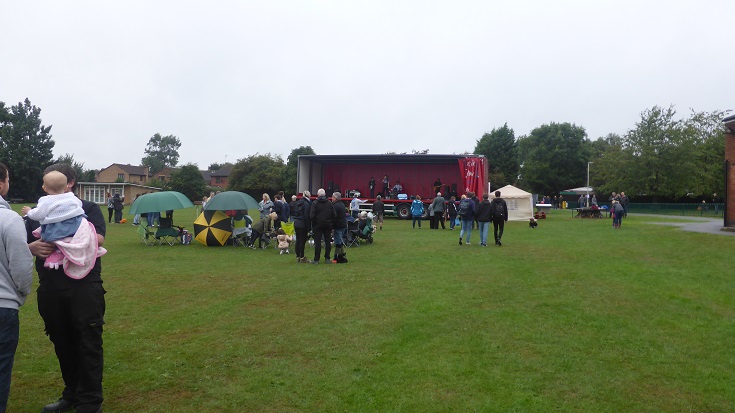 What did we find? A big trailer with kids playing stuff and a field, sporadically filled with folk. Thankfully, with the rain holding off, more people turned up and it looked like it was all keyed up for “kicking off” . . . 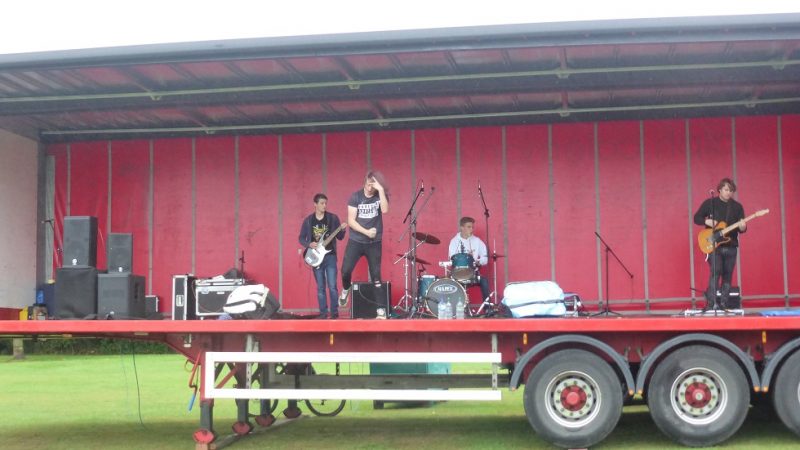 Not sure of the band but they did do a pretty fair rendition of “Mr Brightside” so fair play to em.  Meanwhile, Steve had discovered the beer tent . . . 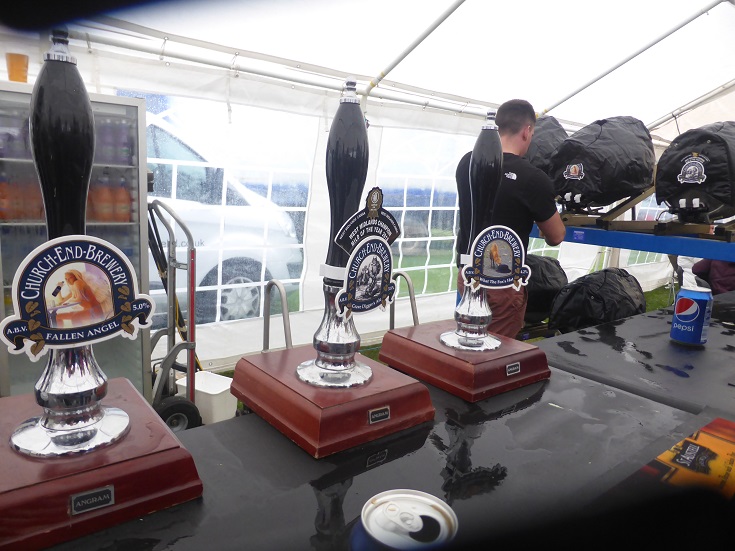 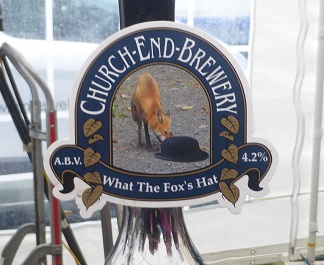 Hmm, much better than his “Duff Beer” – say it slowly?? What the Fox’s Hat 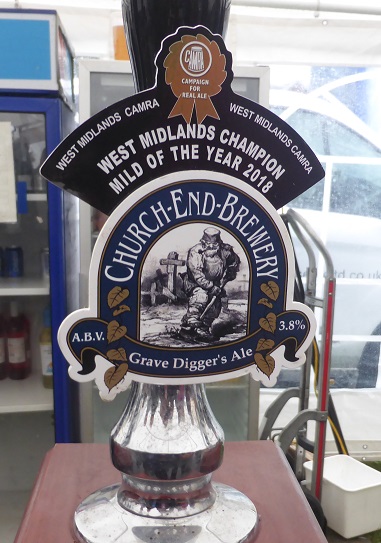 An excellent beer and at £3 a pint, mustn’t grumble! 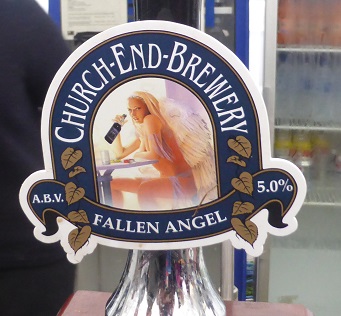 Viv’s favourite! And is that her posing ?? 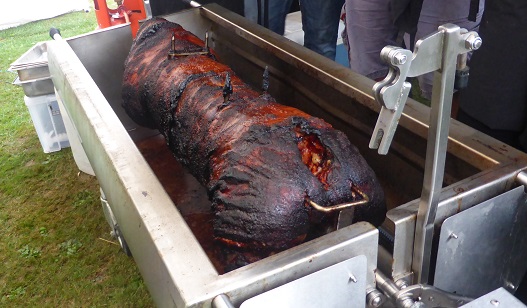 Sorry Gail, but here’s a very non-veggie pic of a whole pig! The crackling was marvellous but we didn’t buy any, it was time to head for home and leave the kids to it.

Next day. Fuse problem solved. We refuelled at the Ashby Boat Co. and took on water etc Then the engine misbehaved. Causing Steve to utter expletives but to gradually reverse back to the boat yard . . . he had previously undone the agglomerator (lovely word – look it up) and we reckon, with hindsight, that he hadn’t quite tightened it enough, allowing air to ingress. Engine no like air – want diesel. OK lesson learned. Great most problems solved we moored just a mile or so further on near to Hinckley. 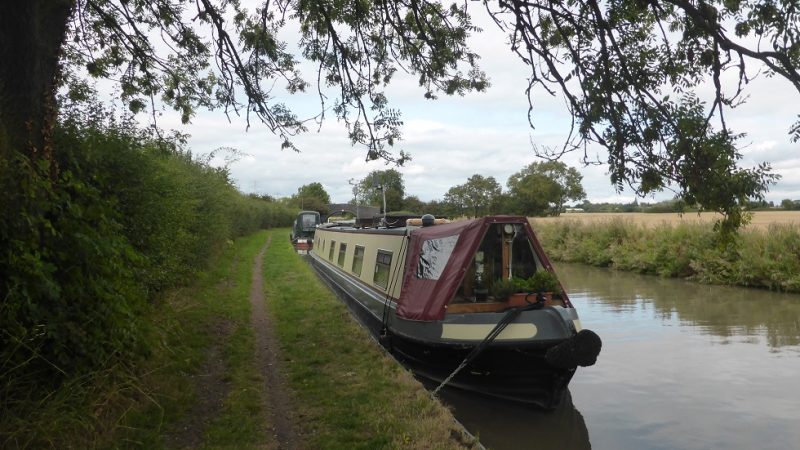 Gluttons for punishment, we then set off for Hinckley, just the 2 miles there and back, to pick up dog treats (previously ordered online) plus a wee Tesco shop too.

By the time we had got back – many hours later and two rather necessary showers . . . we were in need of some refreshment/nerve restorer.  Sorry, Jenny but your promised magnum of Arabella, Shiraz Viognier has to be opened!! 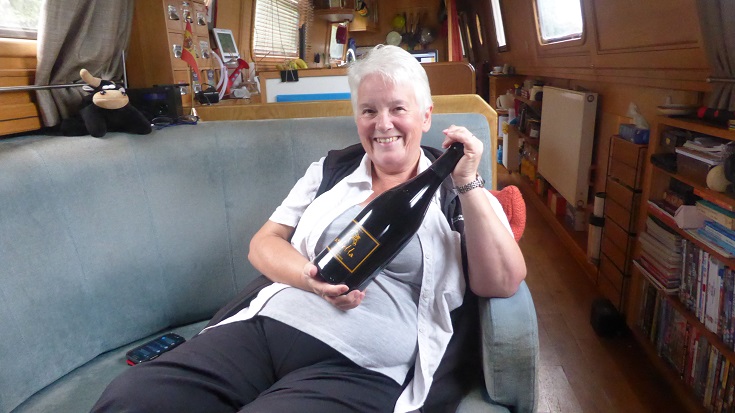 Needs must and I must obey the Admiral (aka Er Indoors)’s instructions! 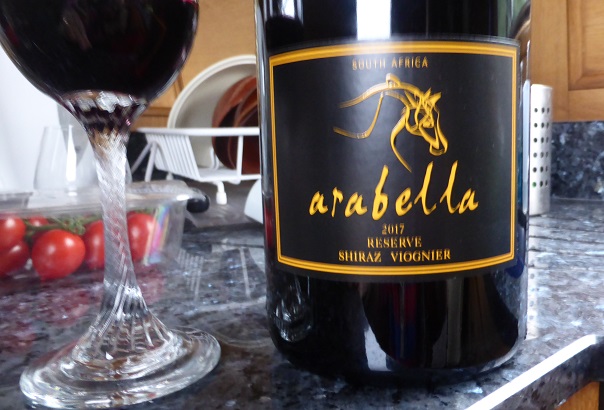