It really is a lovely spot Stoke Golding and not just for the George & Dragon. We’ve met some nice boaters, walked into Dadlington, visited a flower festival, rewired the new battery monitor so it works properly and found out that the solar controller is not working – not a big deal today, as it’s raining cats and dogs! A shame because the flower festival is still going on, as is the StokeFest – an outdoor music festival! 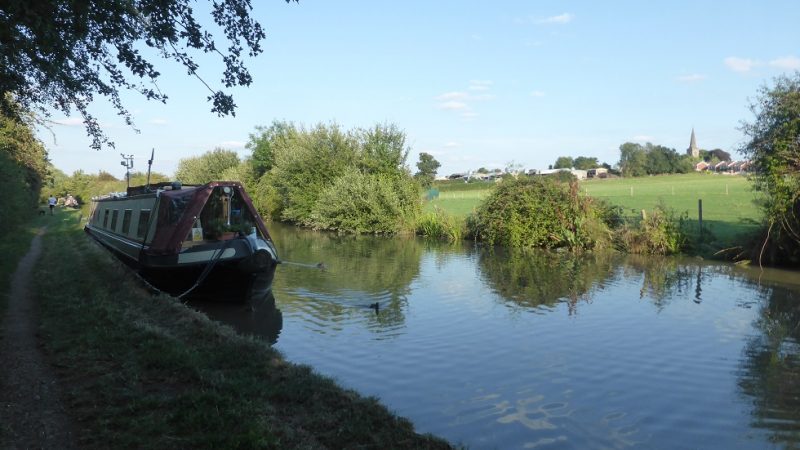 Here’s our spot for the week – with St Margaret of Antioch in the background. 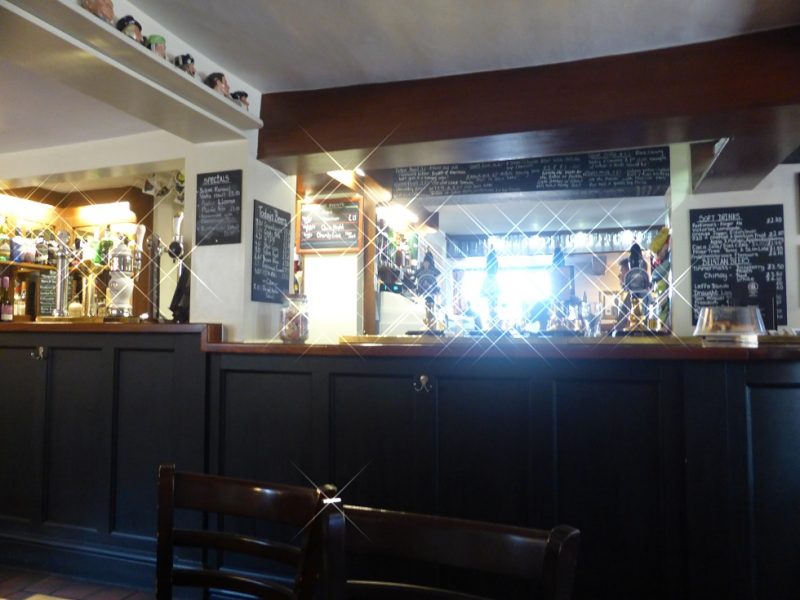 Back to the magic bar in the George – more Fallen Angel, Stout Coffin, Folka Cola and some of those huge sausage rolls . . . and roll back down the hill we did! 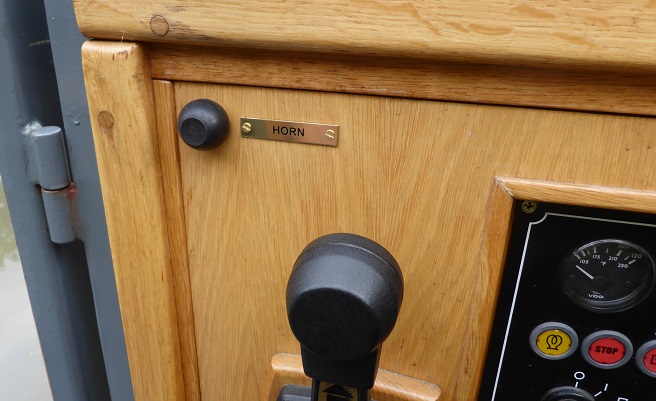 We also looked in on the Ashby Boat Company – a boat hire base but so much more – a small chandlery, shop and boat yard. Steve even managed to find a brass name plaque for his new horn button plus some ice creams! 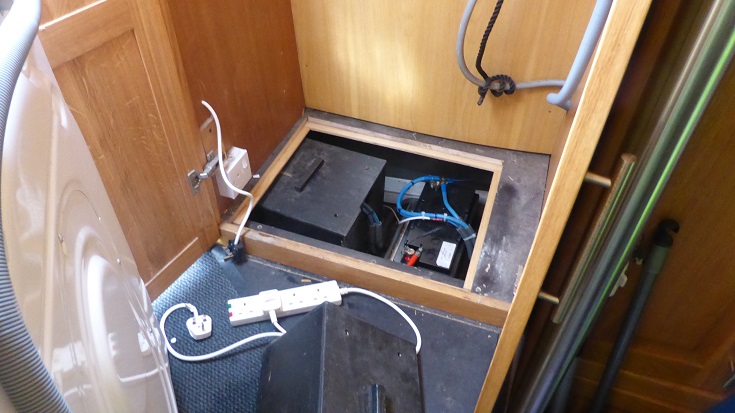 Hmm, more problems with batteries – seems Mr C has wired up the new monitor wrongly, allowing the current from 2 of the 3 batteries to bypass the meter! He was wondering where the amps were going!? All changed now. 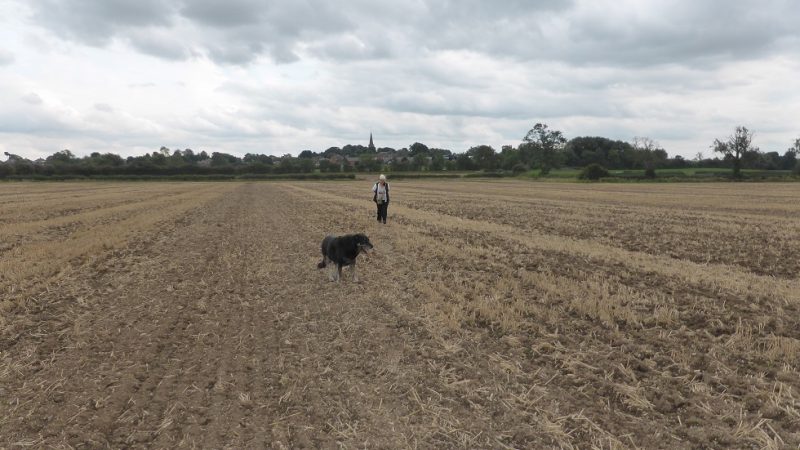 Lets’s do a circular walk across the fields to Dadlington 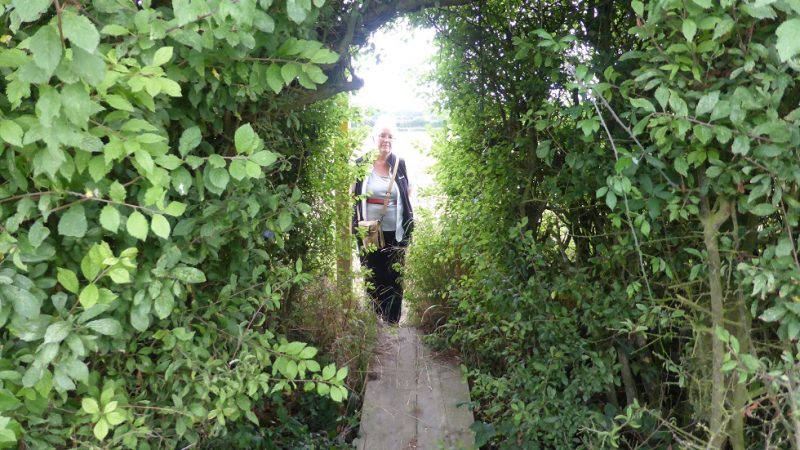 Through the hedge and into the small village – no blue plaques but awfully quaint. 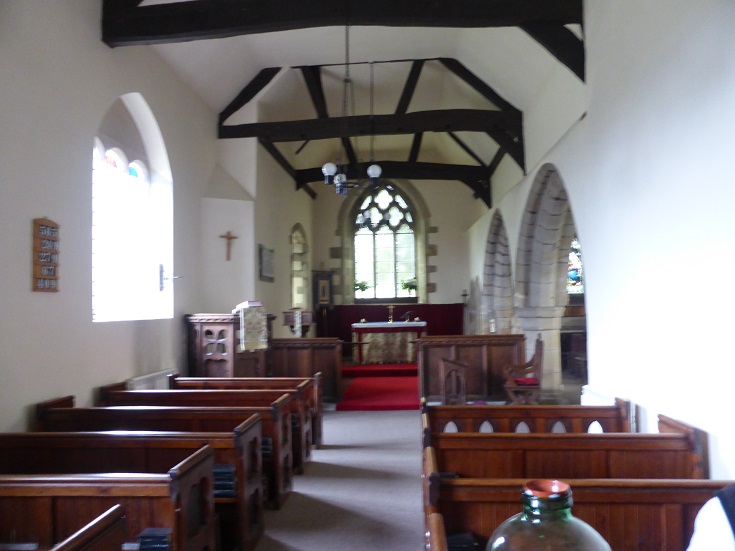 Here’s the inside of St James the Greater – famous for being the nearest church to the battlefields of Bosworth and probably where quite a few of the soldiers where buried. 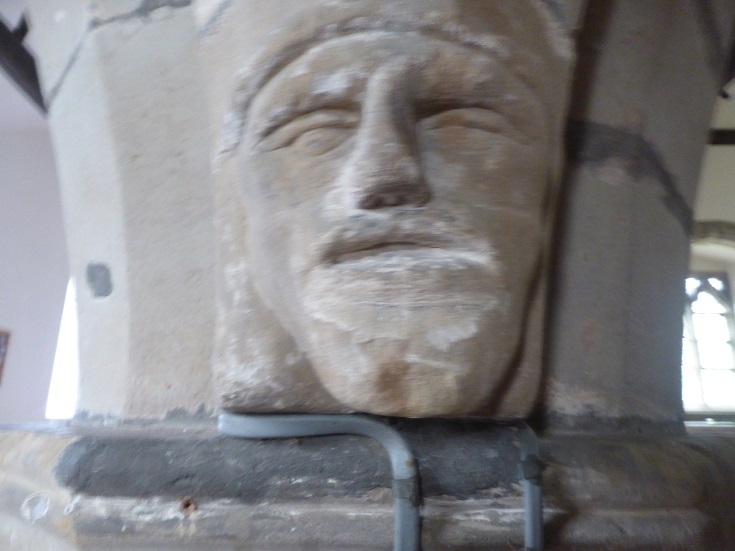 And one for Jenny!

And on to the flower show in the St Margaret’s church, Stoke Golding. 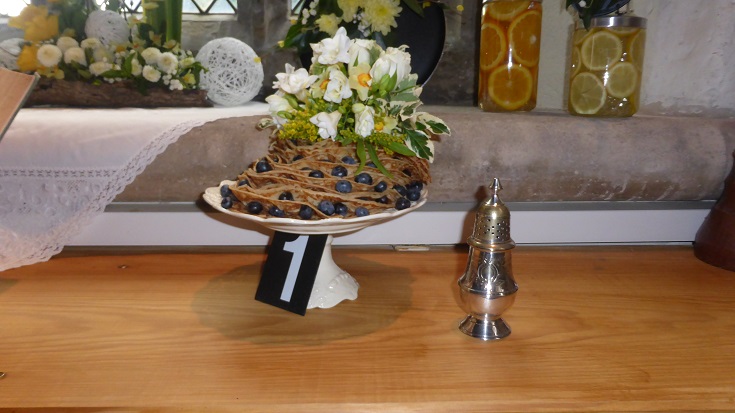 All the displays were themed – see note below – very pretty & expertly presented too. 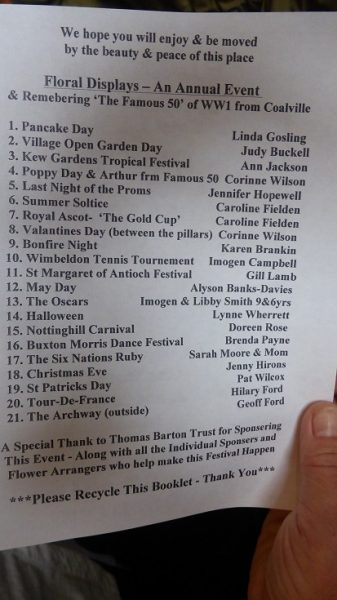 I liked this one – firework night 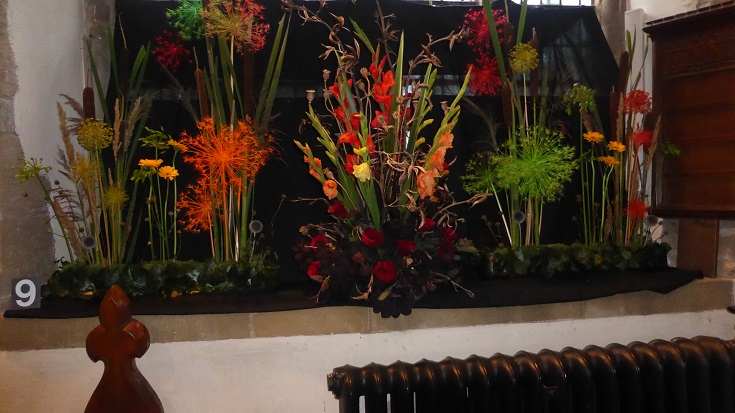 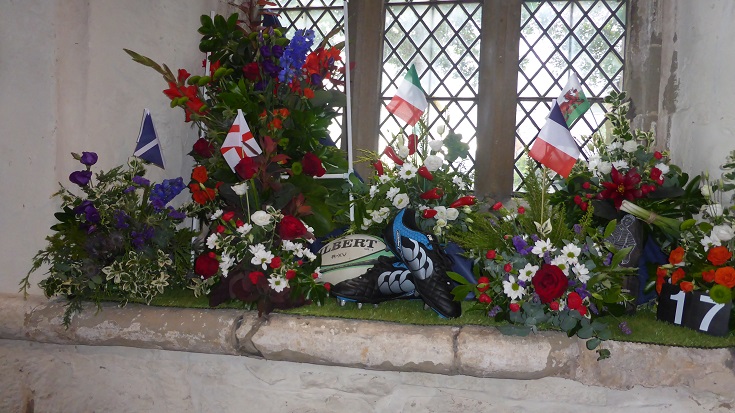 Met some nice folk today – Steve, ex RN chef on his boat Chloe, who popped round for tea and a couple in the George, who shared a table and lots of yarns too. Very busy for a Saturday lunchtime but then it was Bank Holiday weekend and I’m guessing a lot of the folk had seen what was coming Sunday! 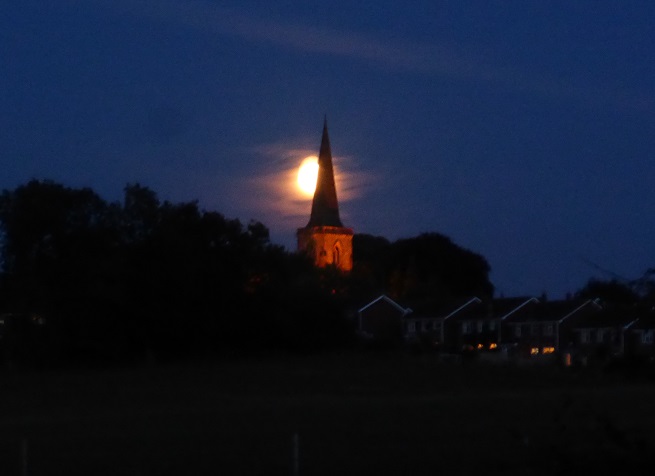 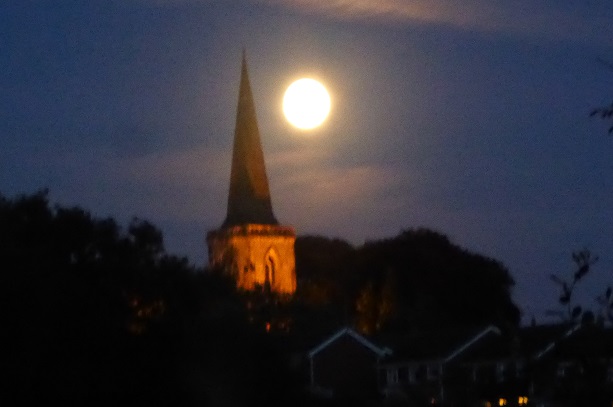 Sunday loomed and Steve got the glumps. Doubly so, for on our return from the village, the solar controller had thrown a wobbly and refused to play. This meant no power coming into the boat and having to run the engine for a few hours. The rain, well, stair rods is the expression and it truly did. And it was cold!! First time for about 3 months!! No, we won’t put the fire on. Couldn’t work on the poorly solar controller because it means being out on deck . . . tooooo wet. Glum. Glum. Glum. Not to worry – tomorrow is another day! And drier. Oh and we had a curry – found out that you can order online from the Mango Tree (almost nextdoor to the George) AND they would deliver – so we gave them an address next to canal and waited and lo, it arrived – jolly good it was too. Another asset of Stoke Golding . . . 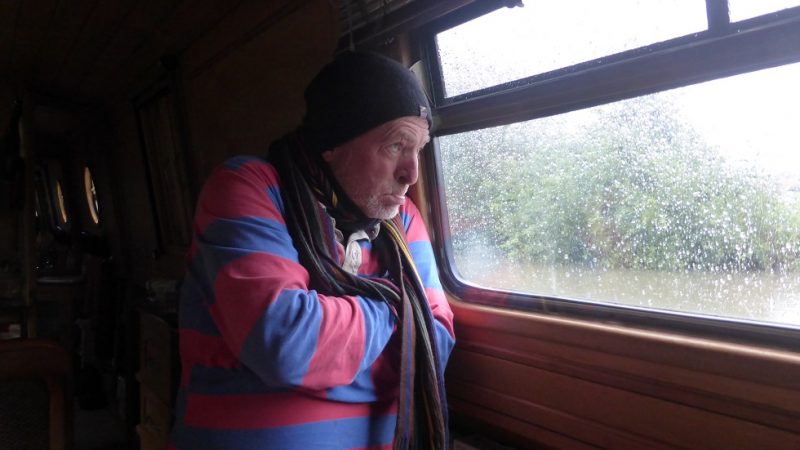