Time for a 2-day stop and time to order Viv some pressies as it’s someone’s 60th birthday next Sunday. Thanks to those Amazonians, we can order stuff and it’s sent to a local post office “Local Collect” they call it. Wonderful. A new pair of Nikon binoculars for Viv and some granite ice cubes!

We moved on from Weston, in convoy with April Star, as we were keen to share locks. Just two locks but again, big uns. First Swarkeston (10’11”) and then Stenson (12’4″ – huge) but luckily, a CRT volunteer was on hand to help us through. Then it was a short hop past Mercia marina and down to the cute village of Willington. 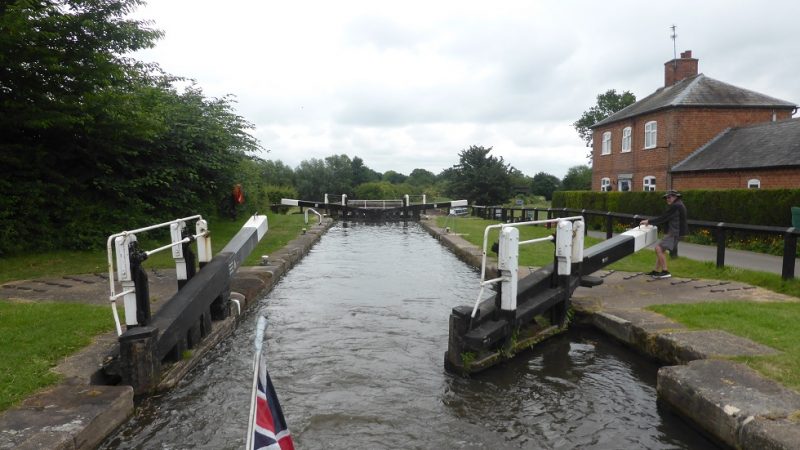 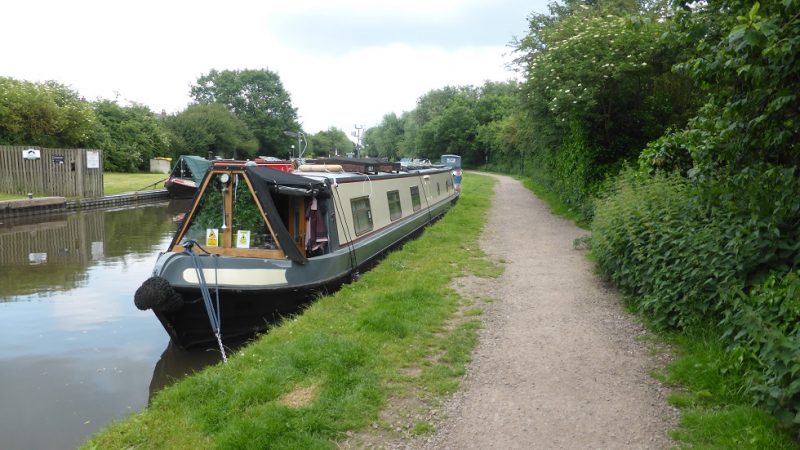 Final spot – just up from the pub & winding hole. 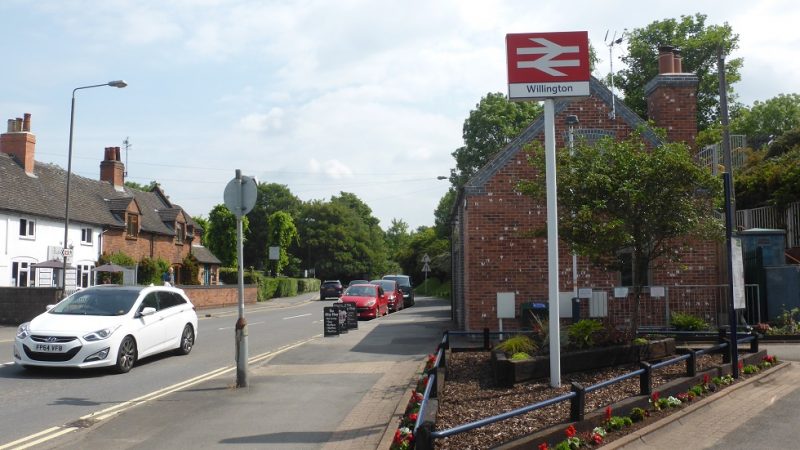 So what’s in Willington?  Well, the post office (and very friendly they were – had 4 parcels in all!), a chippy, three pubs, Indian, Chinese, florist, tea rooms and a Co-op. Plenty of space to walk the dog. Only mega downside is that we have swapped the planes for the trains! The mainline goes very close to the canal but then a railway station could be useful…. 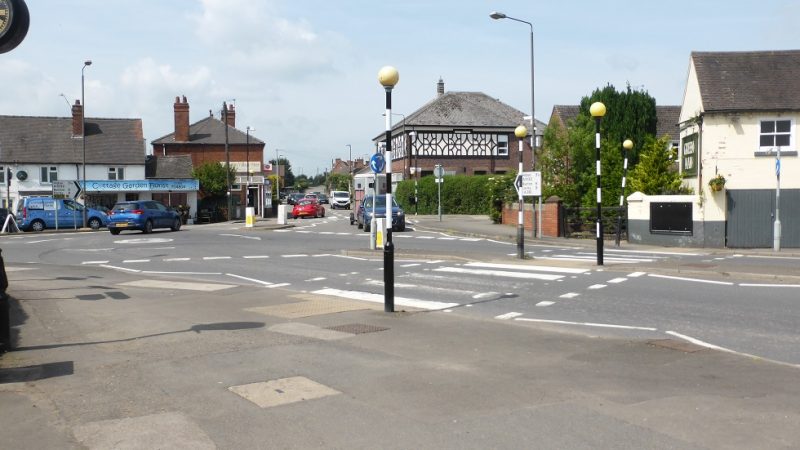 View from the canal – weather station, Mi-Fi and TV mast, all very trad! 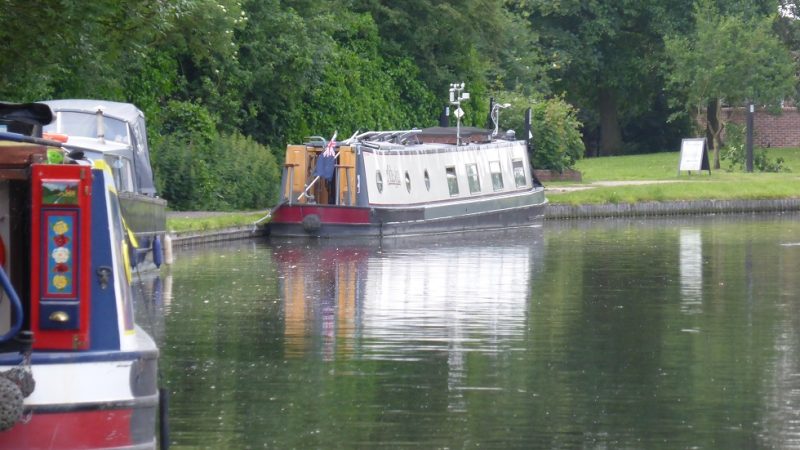 We keep meeting up with Mark Eastgate on Tamsin. One of the “characters on the canal”. He’s transformed his boat into a show stage. Cutting out the cratch at the front and putting up a small theatre-like tent. It had its debut at the riverside festival in Leicester, to some success. He’s hoping further bands/events will take him on. He had around 10 acts performing on his “stage over the weekend. 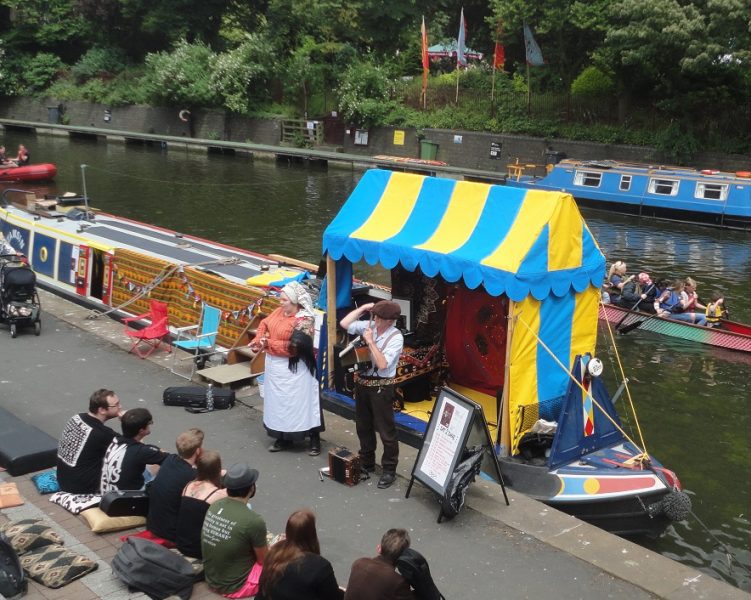 And here’s Mark himself – with his two dogs, Layla & Pancho 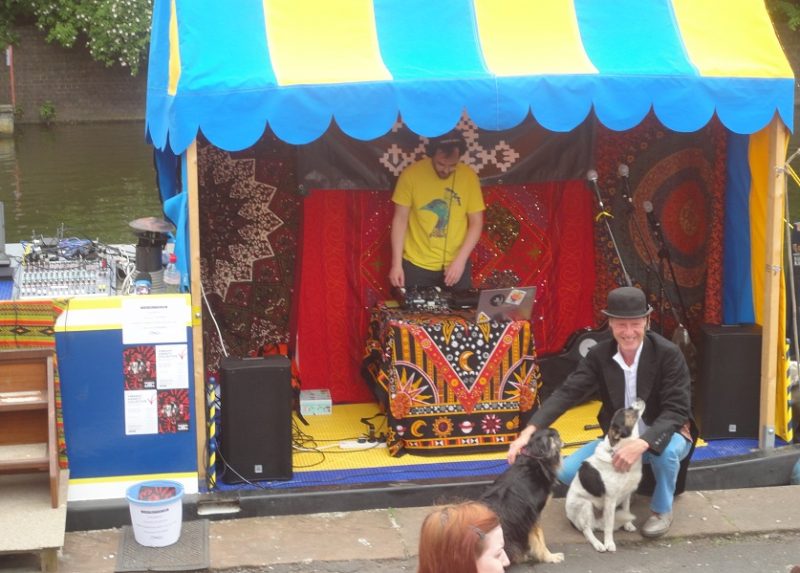