Puns a plenty with Burton upon Trent and Branston coming up on the agenda today. Just a short 3 hr or so chug today, or so we thought but nature has a way. The winds picked up and gusted well over 40 mph which meant steering our war canoe mighty tricky but it also brought down trees and we’d only gone an hour when, all stop, big silver birch across the canal at Stretton. CRT were called out and 2 hours later they turned up. Much scratching of beards, chain sawing, falling over, laughing . . but they got the job done and we were on our way. 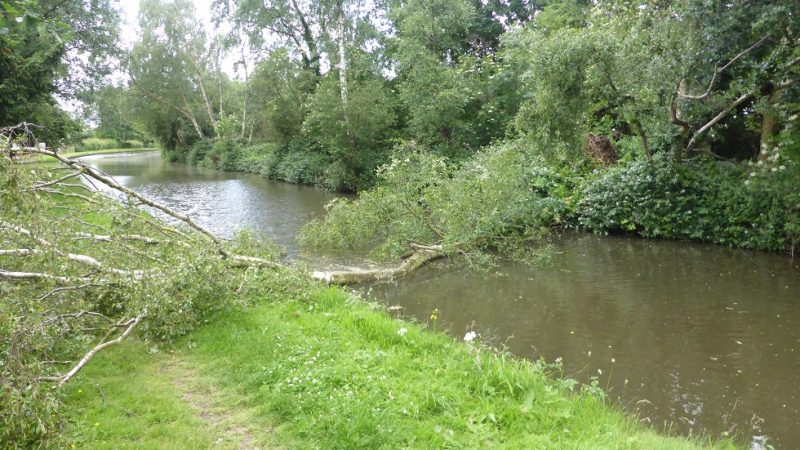 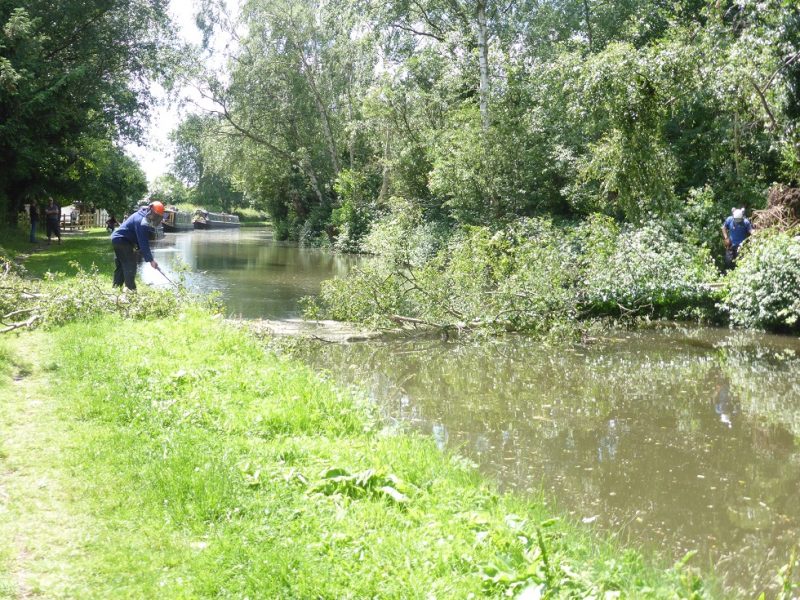 Not to fear CRT is here and 3 hours later we were off. 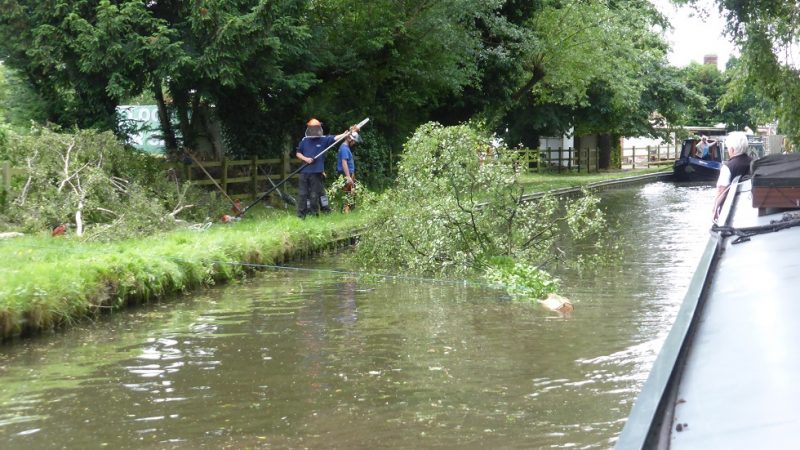 Maybe not quite the way we would have done it but job done. Thanks guys. 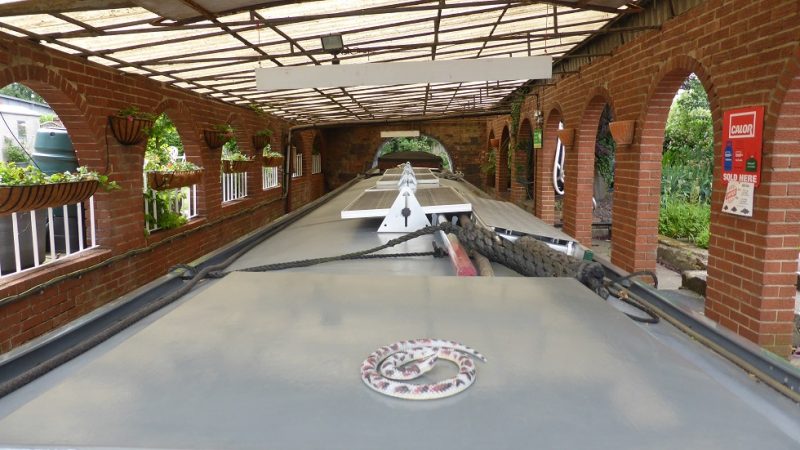 Into Burton & a pit stop at Shobnall marina for fuel (only 70p /litre why can’t other marinas do this, like ours???) . Plus a new chimney. Looks like a colour co-ordinated skipper – all in green? New socks – Danish endurance no less (offer on Amazon) 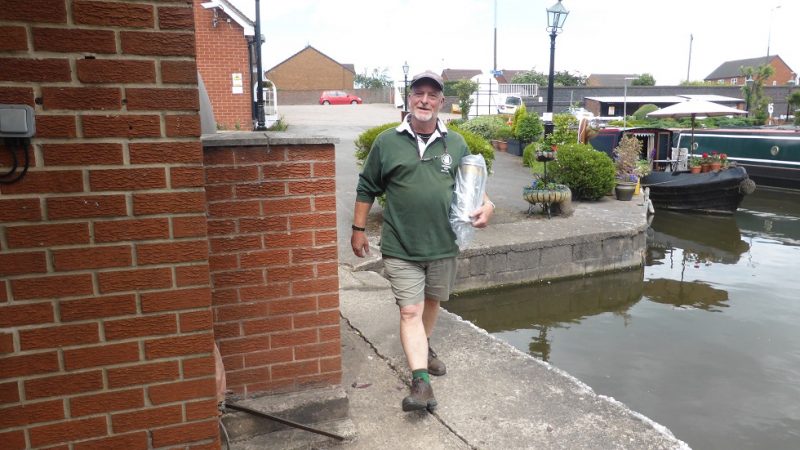 Off a few more miles and a couple of, now narrow, hurrah, locks to Branston water park. Meanwhile one of these flew over – I thought a chap would descend and give Viv some chocolates? No such luck. 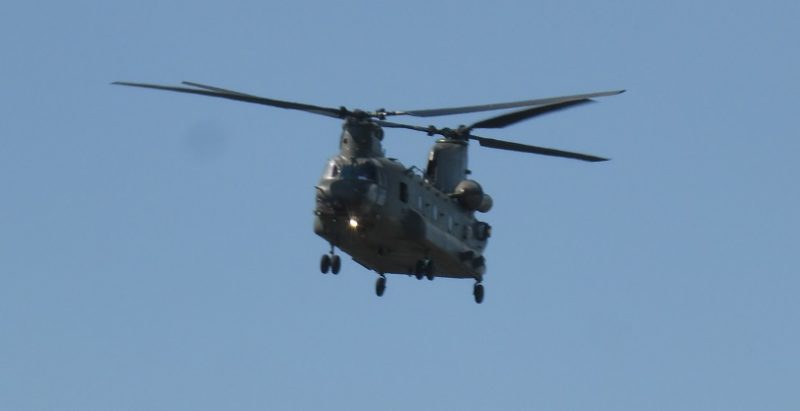 Our final stop – right alongside the water park – another swim session for Toby and chance for Steve to cycle around the park. 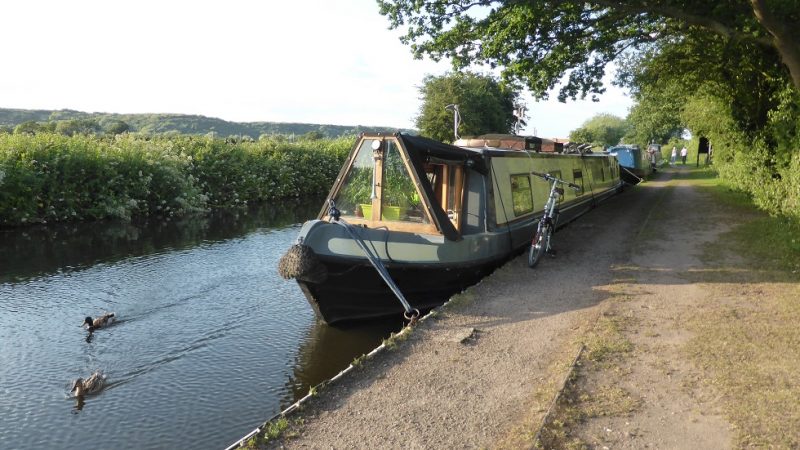 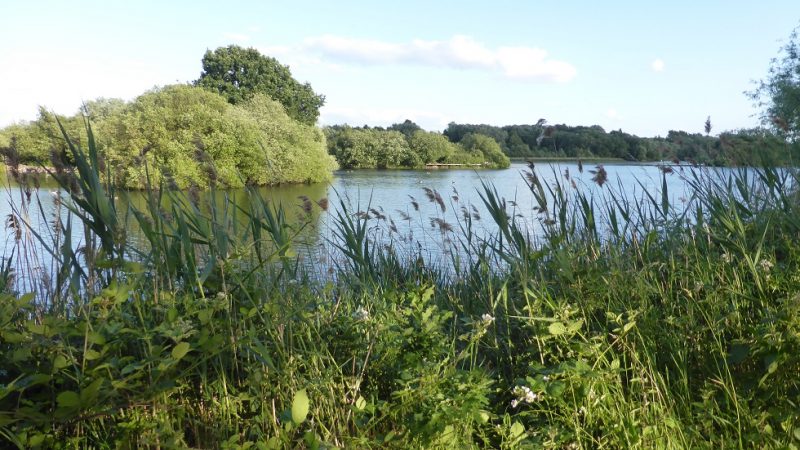 Best to let Mrs Bill Oddie with her new binos (Nikon Prostaff 7S 10×42) tell you.  They are rather good! 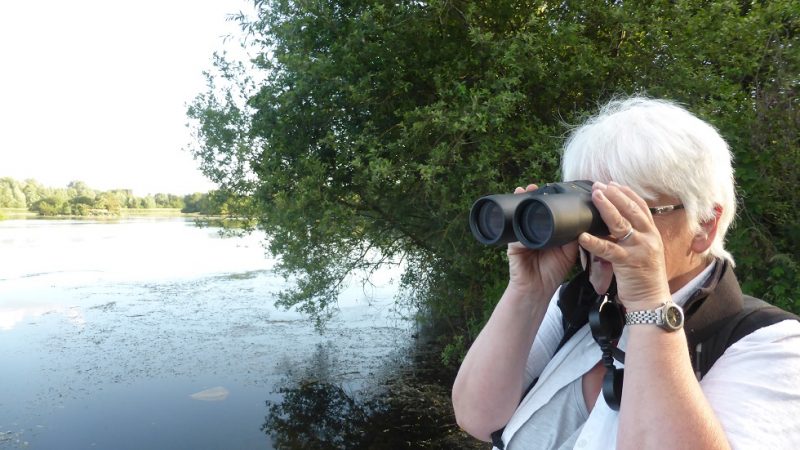