Saturday, 26th August – Bank Holiday weekend – expect it to be busy! We moved on from Braunston just before 9. We’d had a nice chat with the boat in front, called Los Chipirones (which we knew to mean baby squid!!), they inherited the name from a chap called Chippy, I think. They, and here’s another amazing coincidence, live in Spain for the winter months and then come back to their boat! They were taking it to a marina further down the GU, to be repainted and renamed – Houston’s Problem (for that is their name!). Their place in Spain was also not too far from where we plan to stay – funny old world. They were full of interesting information, including how easy it was to become Spanish citizens – something that may happen.

We got to Braunston bottom lock and waited for another boat to accompany us the flight, meanwhile a bunch of pirates had turned up!

Here’s some of the kit we bought from Midland Chandlers – engine spares, tape for the weed hatch, oil and another chain .  . . 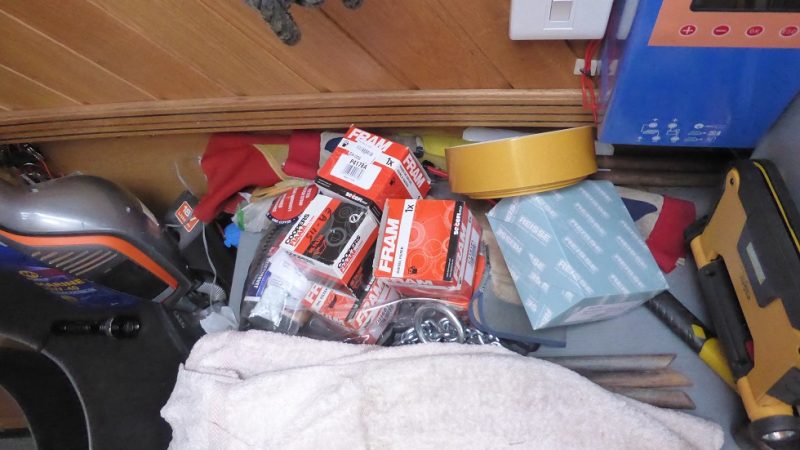 Bottom lock is busy, change-over day in Braunston and those pirates! 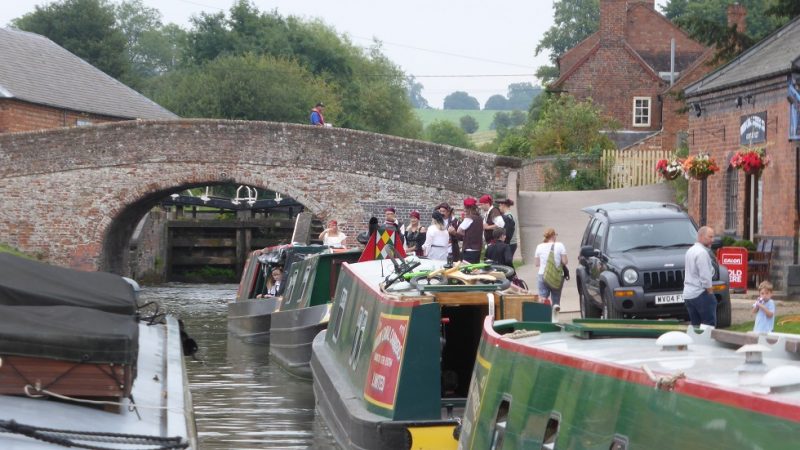 We ended up sharing with “Pops”, hoping they’d be a help to us but the lady was a trifle infirm, so we ended up helping them, that’s all OK. 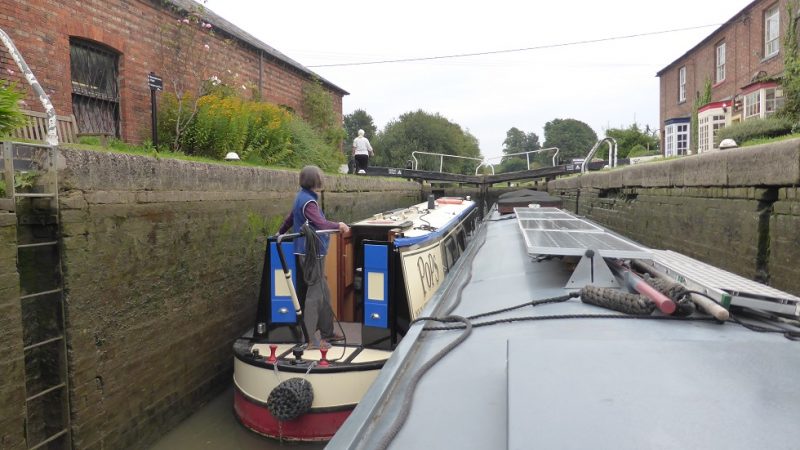 A bit fraught that trip. We met a very rude and “shouty” man, supposedly instructing a hirer on how to use the boat, he bashed in to me and then told me off for being on the wrong side of the lock. He may’ve had a point but being rude & telling a fellow boater off is not they way to do it! 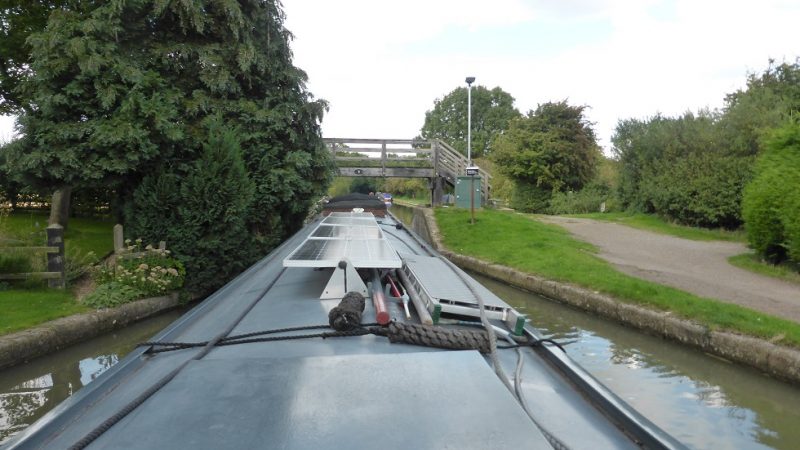 A very fraught tunnel trip, that hirer was in front of us and simply went sideways into the tunnel, colliding with the walls every 50 yds. Woe. And at a very slow speed. Still, we made and so did she. Here’s the Norton turn to home and bridge No.1 (we live near bridge 18) – Goodbye Baby Squids!!See you in Spain! 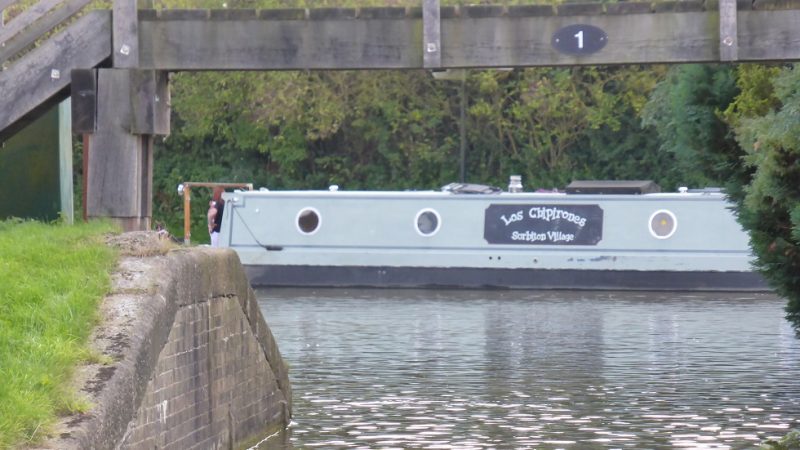 We stopped for lunch at Welton, nr the marina (just as on Day one of our trip), another photo of “spot the dog”? 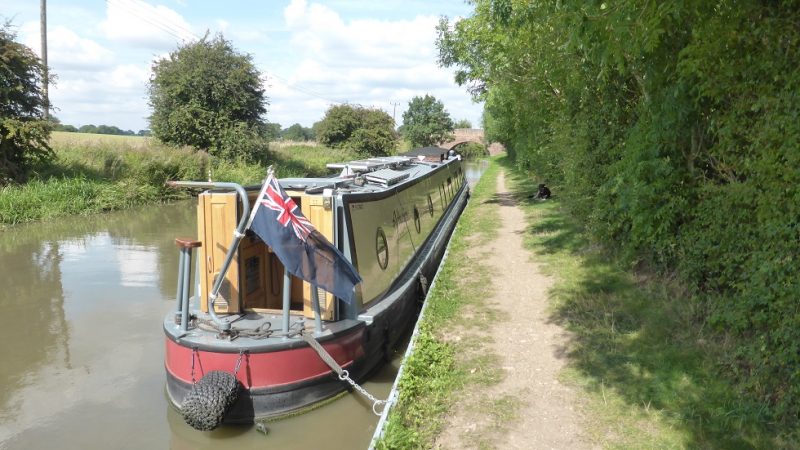 A nice and fairly quiet pit-stop with the sun in just the right place . . 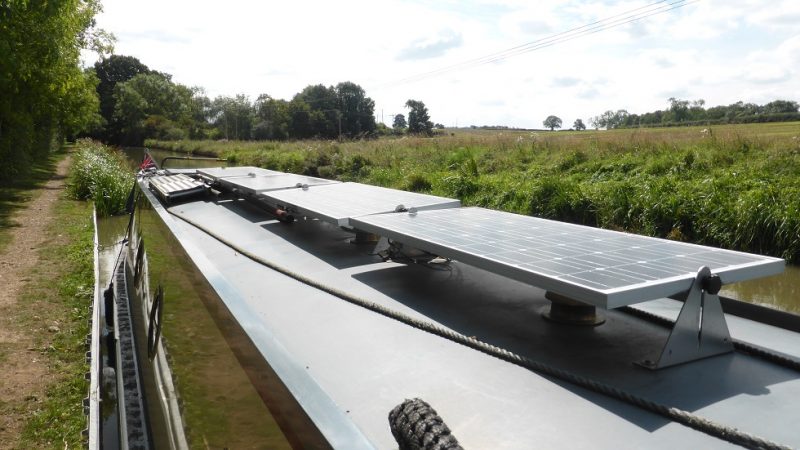 Nicely angled for the sun and here’s that dog – in the shade. 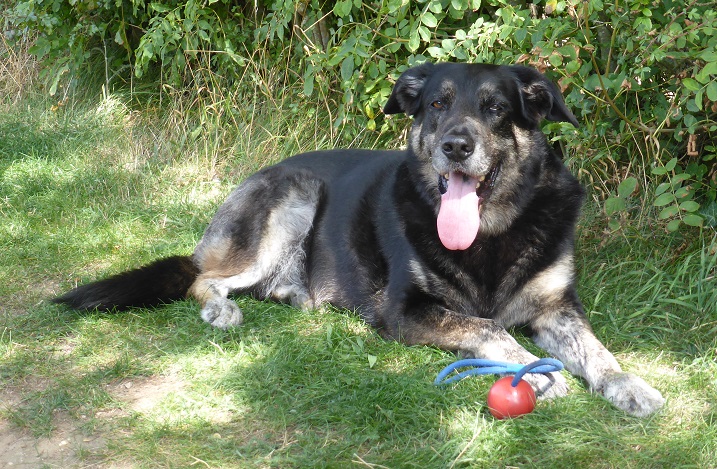 And did we call it a day? No, it all seemed quiet so we decided to push on to Crick . . . and just as we did 3 boats went by! Typical. There’ll be a queue at Watford! And there was but we all went up, slowly . . . Viv driving in and very expertly too. Steve managing the locks . . . 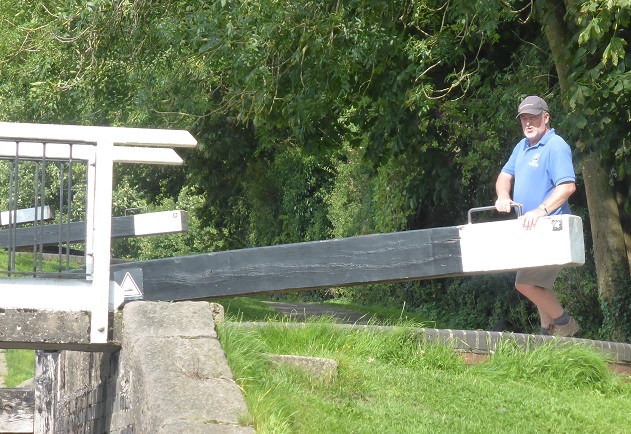 The “View From” photo of what the helmsman sees – here, it’s that Pops boat in the lock ahead. It’s odd but with these staircase locks, the paddles you can see don’t actually join the locks together but allow water to flow into and out of, the neighbouring ponds. 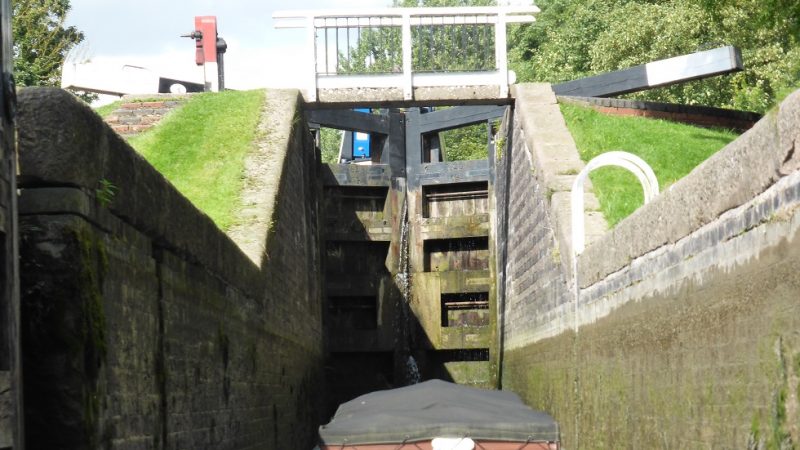 Chugging on the last hour to Crick – thru it’s drippy tunnel and then moor up. Very handy for the village and it’s Co-op plus The Wheatsheaf, where we went for an early supper of chicken fajitas and lamb koftas – very nice indeed plus a few pints of Church End’s beer. 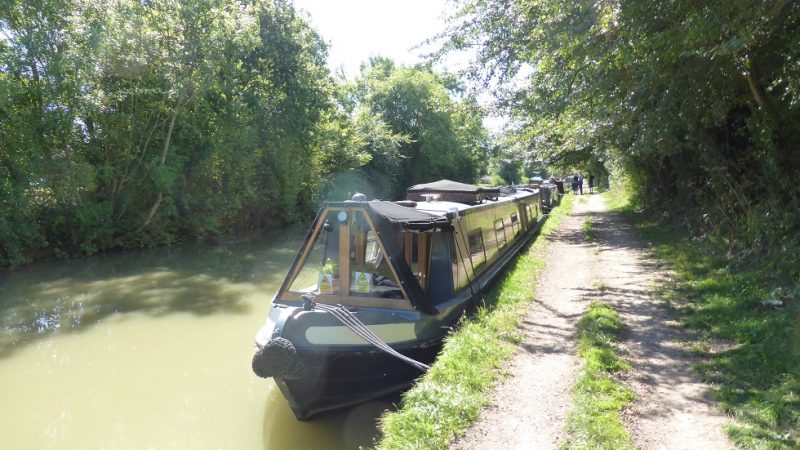 Sunday is quite a hot day and we promised ourselves not to do much . . . apart from a bit of tidying up, window & solar panel polishing and a bit of shopping. Barry (Blue Moon) from our marina came out to have a pint at the pub with Steve. Chance to catch up on all the news (gossip!) 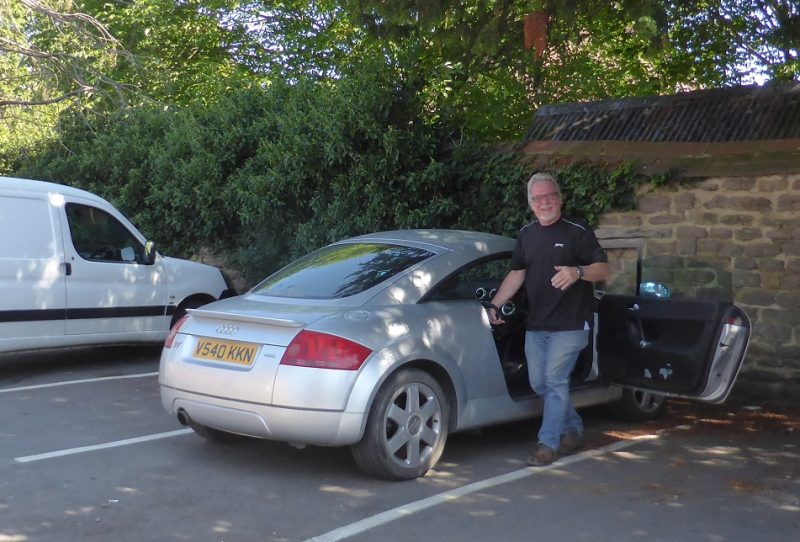