Summer seems to have gone by as the forecast is for 40 mph winds and rain for days . . . So we decided to press on and away by 0830. Hoping to make Market Drayton before the rain set in. A blustery day and as luck woould have it, the boat moored in front of us, set off minutes before we did and then an old boat steamed up behind us. No waurez. We saw the hill The Wrekin in the distance and Viv informs me this is partly volcanic (ah, the joys of having a geophysicist on board). Lots more moored boats – I thought CRT was promising to move all these into marinas? But then charging em over a grand a year for these inline moorings must bring in a pretty penny. After a while we entered Woodseaves cutting.  This could have been used for Jurassic Park or one of the Rings films . . .deep, dark, overgrown and not much room to pass boats – very creepy! Soon we came to Tyrley and 5 locks. Leaky and with amazingly ferocious by-washes – the overflow bit that spurts out from after the lock, trying malevolently to pin you against the rocks! And round the corner, Market Drayton. Found a good spot before bridge 62, plus rings. Good. Doors to automatic. Crew to landing stations. Tie up. Finished with engines. Lunch!

I zoomed off on the ship’s landing craft (the folding bike) to post me Dad’s birthday card – for yes, the 25th is imminent! My Dad’s umpteenth birthday and our 36th wedding anniversary too!

We then bimbled into town, dog and bag-on-wheels in tow. Found Joules brewery & tap, nice. Shopped in Asda (rubbish – such a wee shop). Steve then cycled on to Morrison’s on his bike for essential vittels (i.e. Gin x 2, port, cheese etc).

Trying now to soure some grub for the dog! Haven’t run out yet but we will soon.

We were moored almost on top of an aqueduct – over a road and the river Tern – so Toby got his swim, at last.

And Steven got his gin – one Morrison’s own (£15) and one Cotswold Gin (er, for a lot more).We stayed another day. Steve went off again on the “shuttle”, to Morrison’s, again, this time to buy some dog food. Yes, time’s hard. They stock Forthglade but in meal form (viz. duck plus veg rather than pure duck!) Toby gulped it all down anyway so that was good. We then strolled the mile or so down the back road into the town to try out the Joules Brewery Tap – a very nicely refurbished pub! And tonight was grill night – one ribeye steak and one pork steak – remarkable food and not too bad beer either! 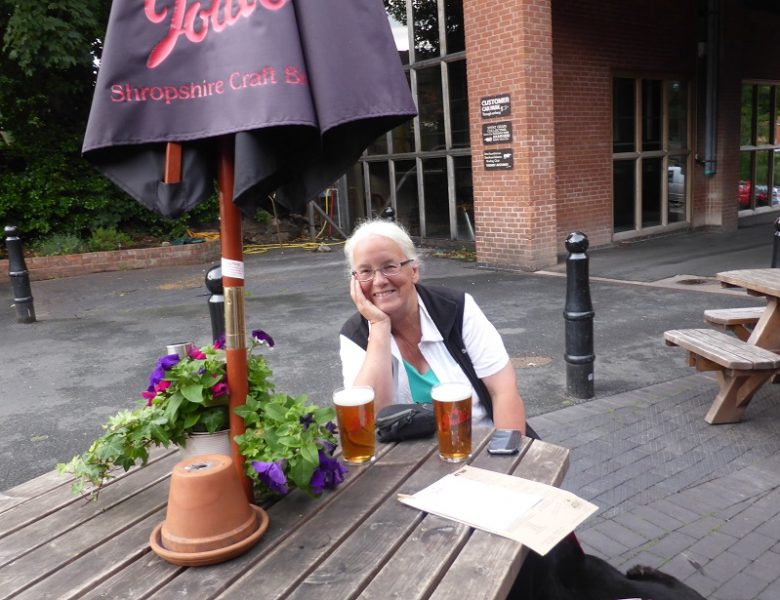 Last pic shows the aqueduct – our boat was sitting on top of this! 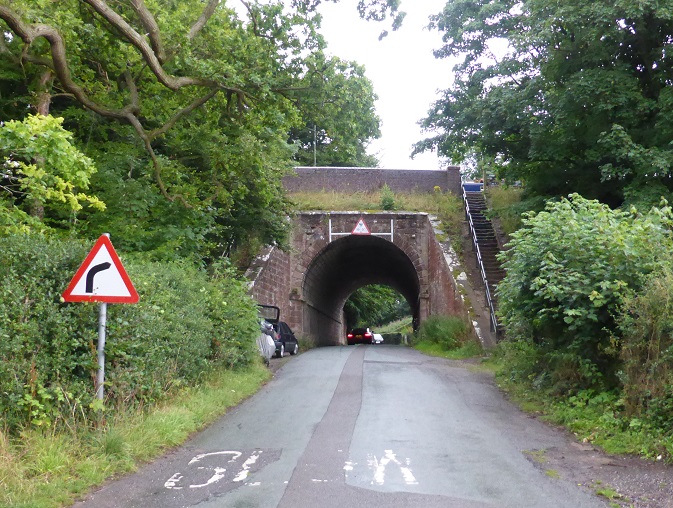