Still moored at Sawley Cut – we were planning to move on today but someone sat on the toilet seat & broke it! So a new hinge ordered (for yes, we are now officially unhinged!) from Sawley Marina Chandlers – opposite. I phoned CRT to let them know and they were happy for us to stay a few more days. There’s enough space here for 20 boats, so we’re not hogging any spaces but they are labelled as 48 hr moorings. We walked to the Steamboat Inn yesterday – a great pub at Trent Lock – all their real ales (and they had 3) are £3 and the food is very good too. Despite our diet, we opted for their “Chip Cob” with extra bacon, cheese & coleslaw! Oink, indeed. Toby took up his usual position but was fed copious quantities of dog biscuits by the bar person.

Is Toby enjoying the trip? Only when we stop . . . 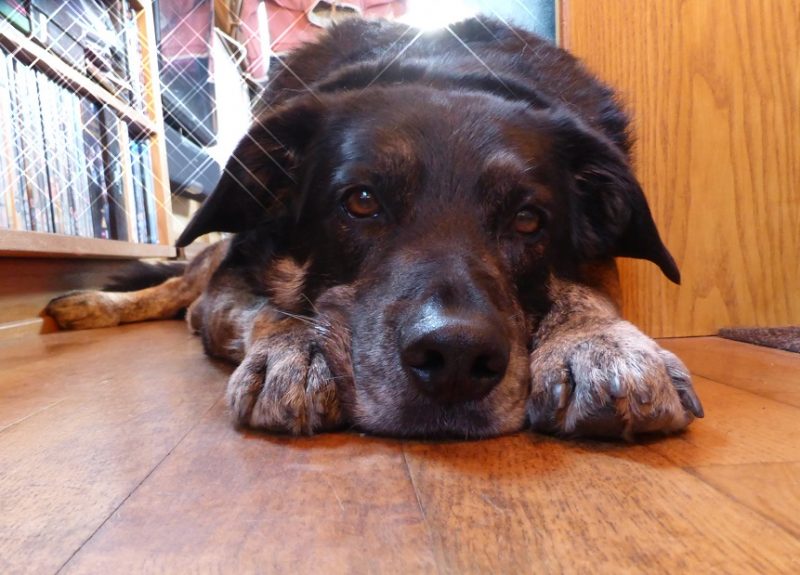 The Steamboat has lots of “sayings” written on the walls . . . 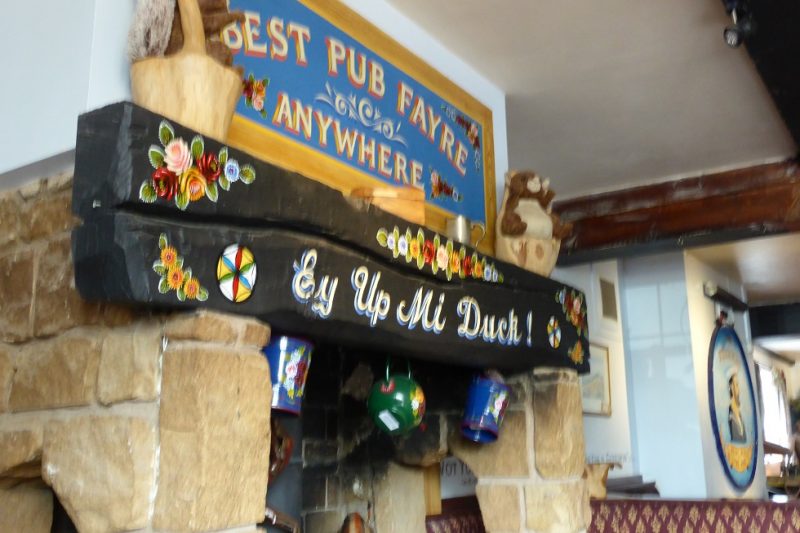 Bit of a wait for the food so we had a pint or two of Lancer and a new Wheat beer, here’s their famous chip cobs, 1 of our five a day, if you include the pot of coleslaw!! 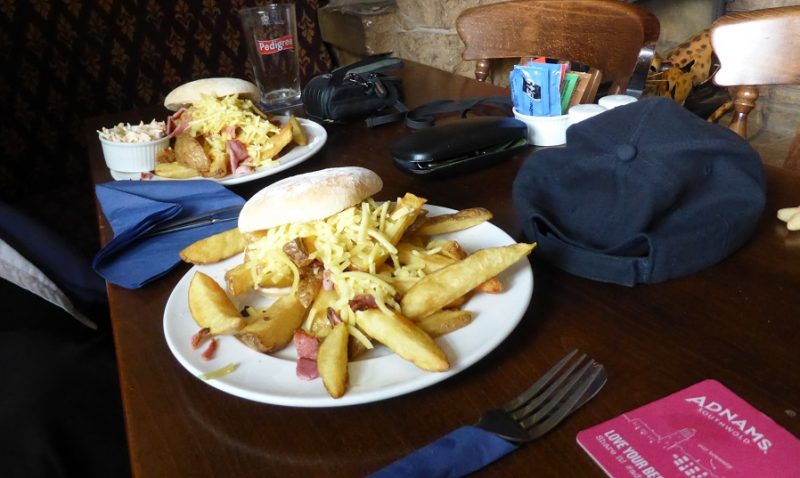 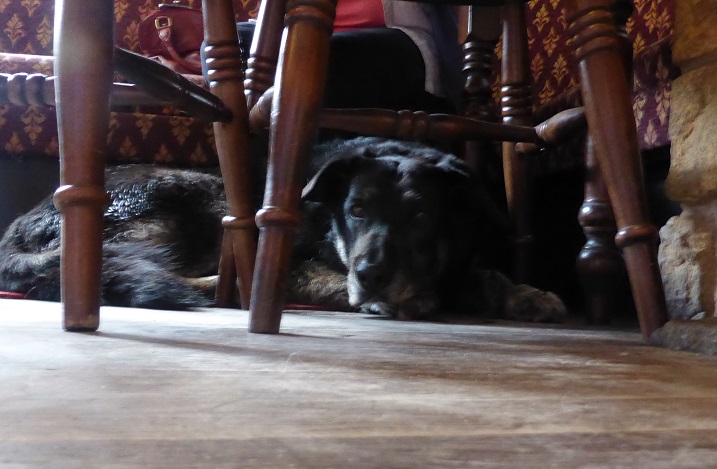 It’s a pleasant 20 minute walk back to Sawley Cut – passing a golf course and this lovely Ceanothus and look, Steven in shorts!! 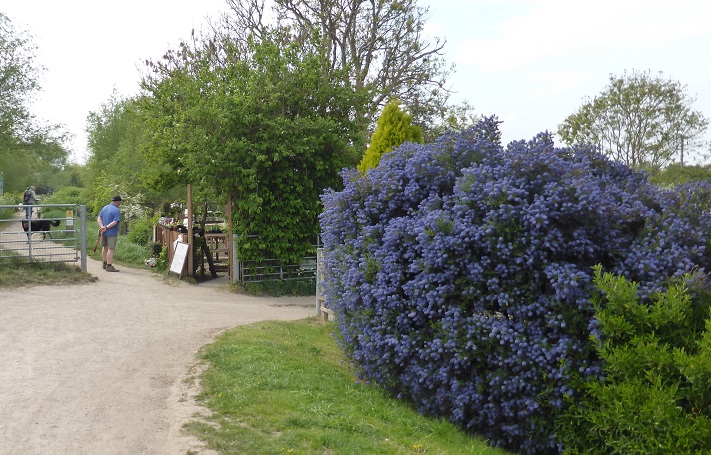 On the opposite bank of the Trent we saw two gentlemen not walking a dog but their drone lawnmower – neat! 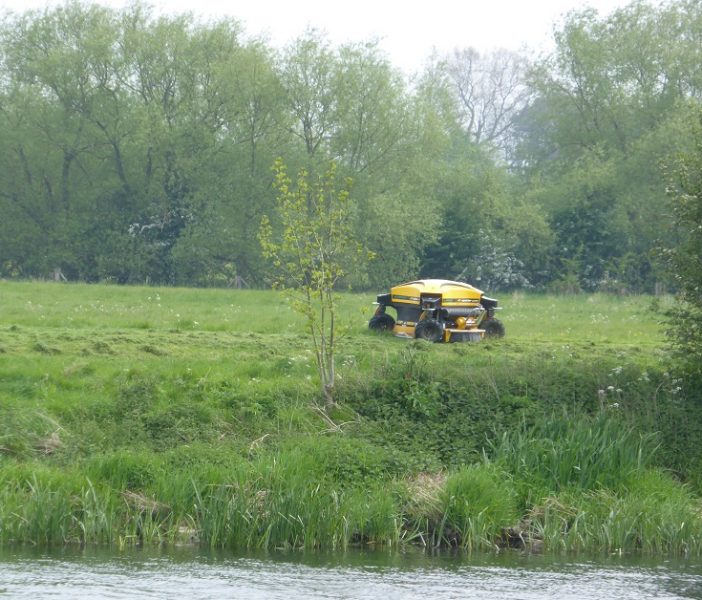 Viv had the camera, so more nature pix: a posing robin 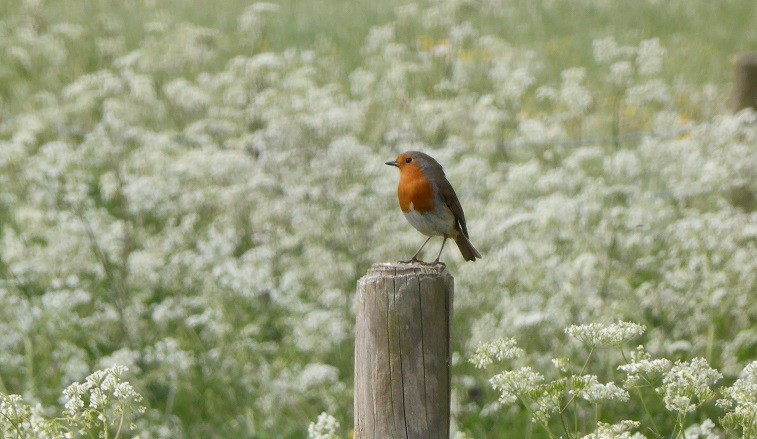 David (of Cruising the Cut fame) found these industrial landmarks quite charming. I guess they do have a presence. (Spot the Steve). 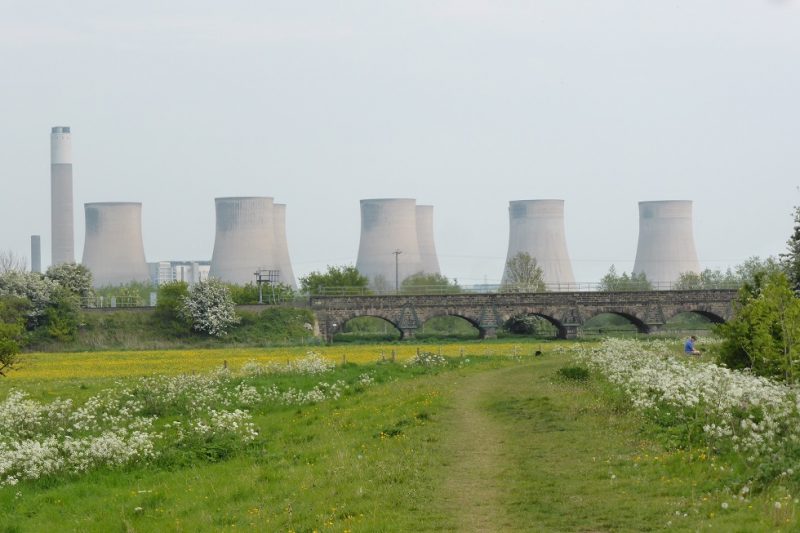 Back at the Sawley locks. The building on the left is to be the Lock keeper’s rest, micro pub . .  opening . . . later in May. 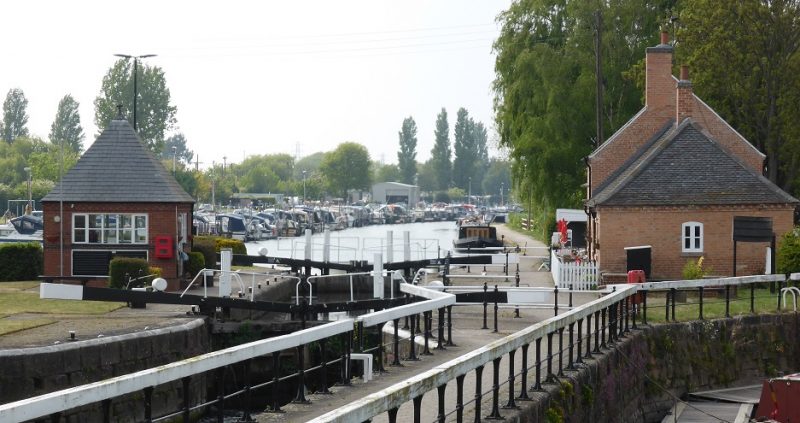 Some local drama that evening as a guy (so I’m told the next day) jumped off the bridge into the Trent. Police, ambulances, fire engines and the air ambulance helicopter turned up! 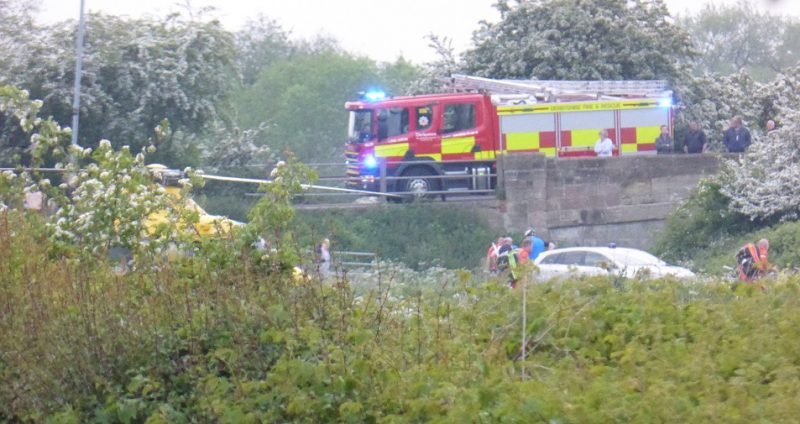 He was successfully revived I’m glad to report.  Meanwhile, next morning and it’s drizzling – a quite different picture from the earlier post but it does show that we’re not hogging any moorings! 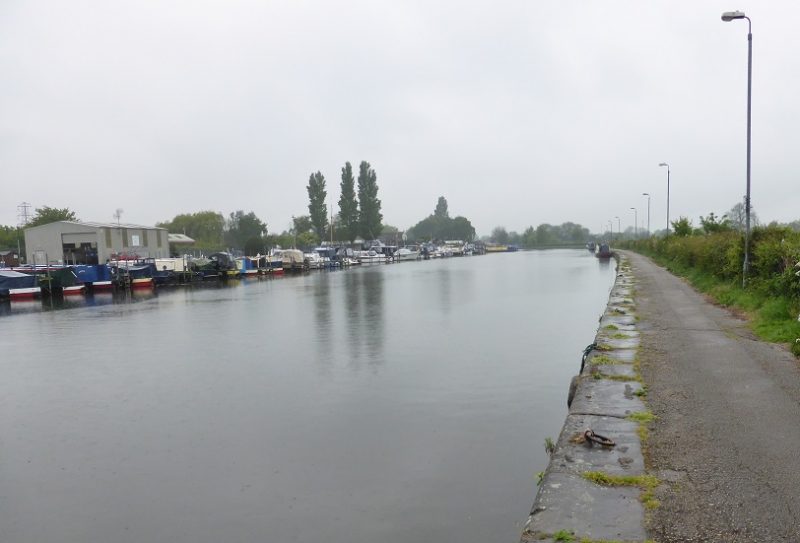 What to do with a day that rains later . . .  make more trifle, yea! This time Viv has excelled herself – proper sherry trifle with sponges soaked, nay inundated with sherry then two jellies (pineapple and blackcurrant) plus custard and toasted almonds on top. Steve also had a go at making more pickled eggs. 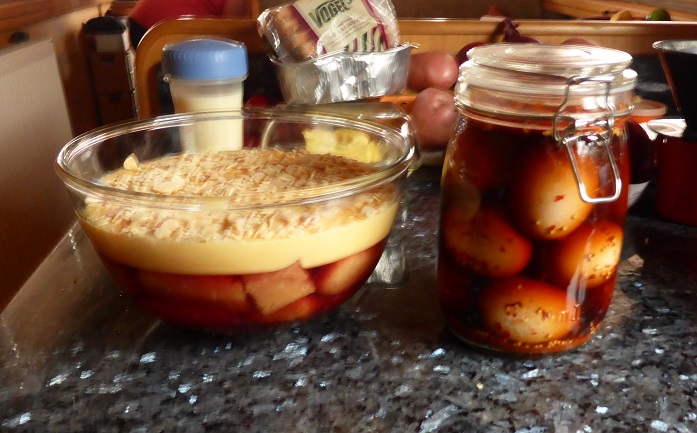 And now as Spike Milligan might have said, for the exploding toilet . . . . 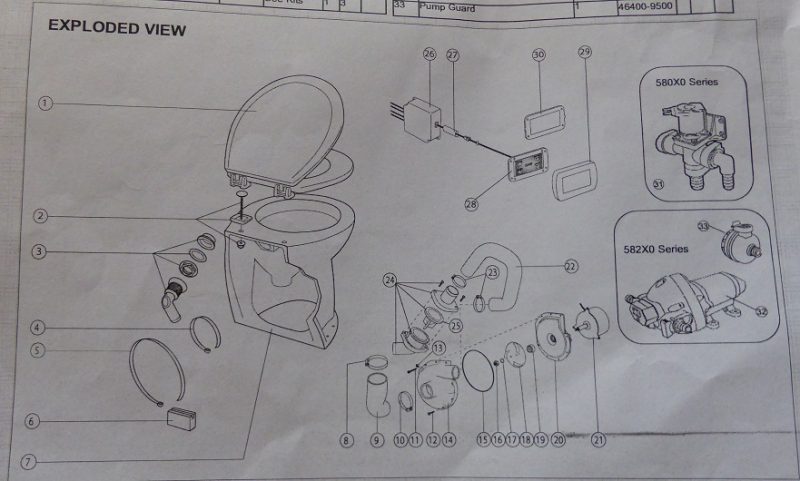