Despite inching our way into Summer, it is only May and it has been decidedly nippy. The gas central heating has come on each morning (it has a set back temperature of about 14 degrees!) but it was time to leave Nottingham. I must also leave my Victor Meldrew hat behind as I keep on ranting about the state of the network/permie boaters stuck on visitor moorings/poor facilities etc “don’t get me started!”. Nottingham City Council could also “do better” as it is not very welcoming to boaters. There are no water points between the start and finish of the canal, no refuse points, toilets or showers.  The one at the ends are also out of use. And as Viv’s just reminded me, no poo bins for the dogs!! Time to move on. Here’s one of Viv’s nature pix – coot and baby coot! 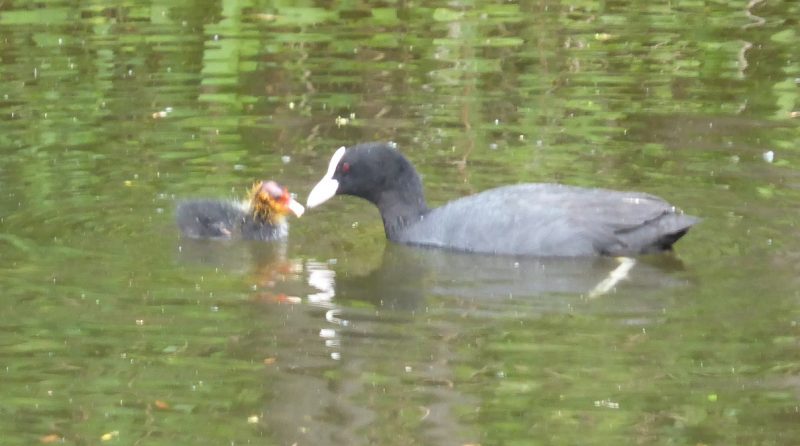 An old boat yard with the same boat that’s being fitted out (for years) – would suit my brother Chris? 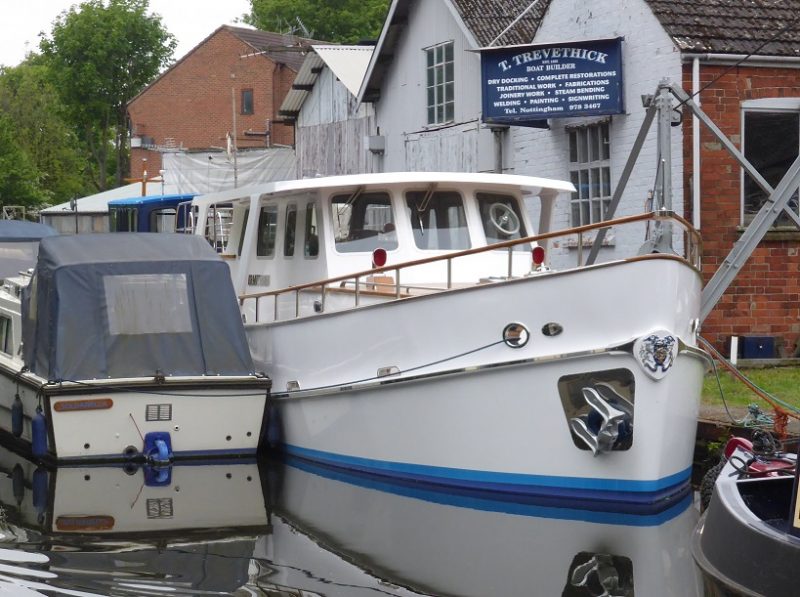 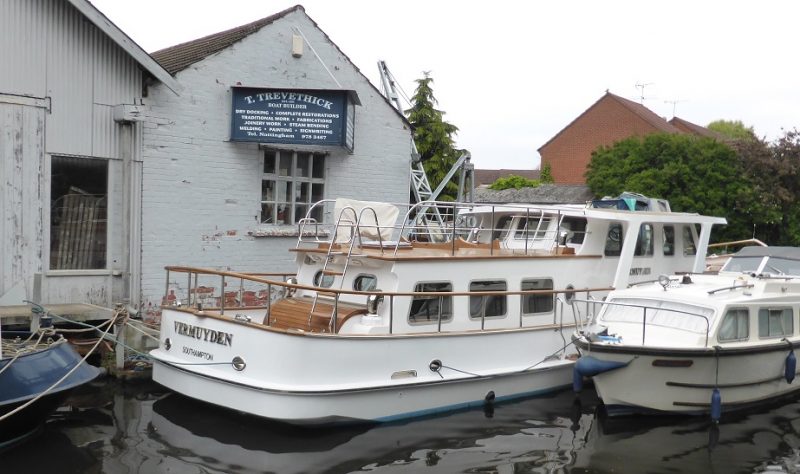 Not a particularly nice stretch, going past the Boots factory plus some graffiti 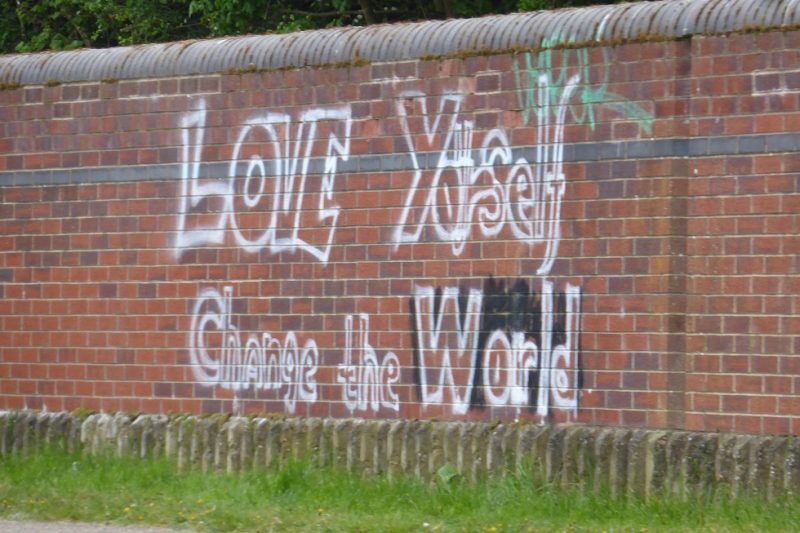 Ah, those facilities at Beeston . . . 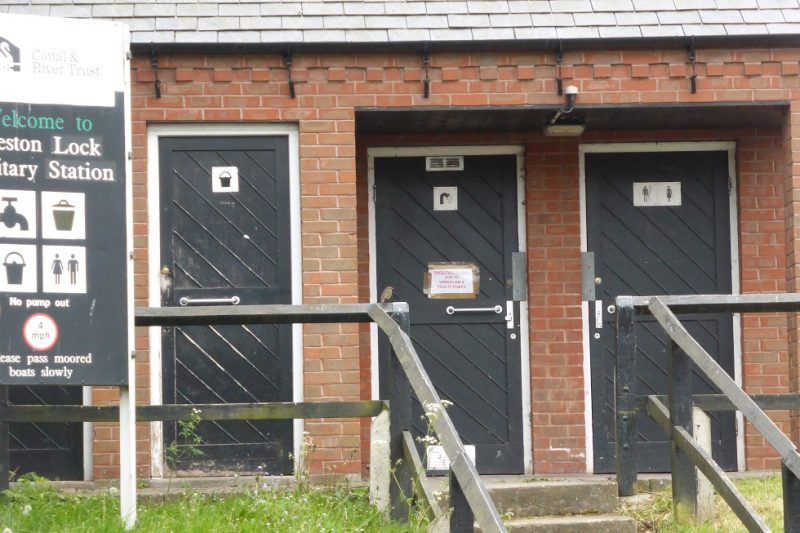 CRT seem to want to spend £1,000’s on banners rather than keeping the system working!

This is Beeston lock – out on to the Trent – levels are very low. The drop here is only a foot – can be five feet! 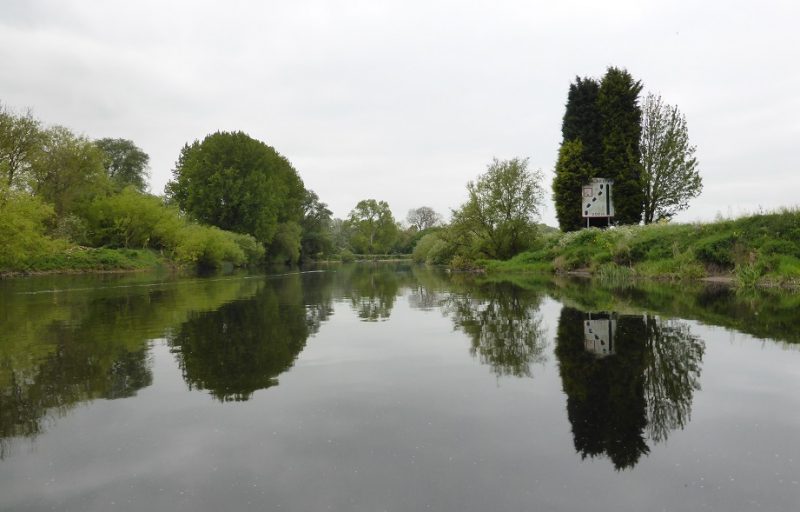 As you can see all very tranquil, hardly any sign of a flow and no wind thank goodness.

Rather than re-join the Leicester Ring loop, we’re now at the top, map-wise, we backtracked to Sawley Cut – a nice mooring, hopefully to visit the new micro-pub right by the lock but alas, Dave the owner is still waiting for racking kit to arrive and it looks like a week’s delay. Oh, well we’re only an hour away by car from our marina so we’ll be back. Meanwhile here’s a “View From” photo looking back towards the lock, with the Derby Motor Boat Club on the right. 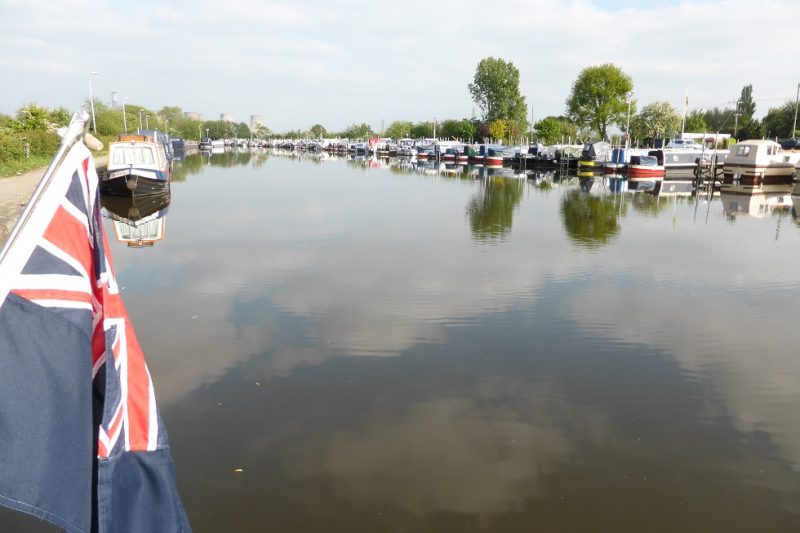 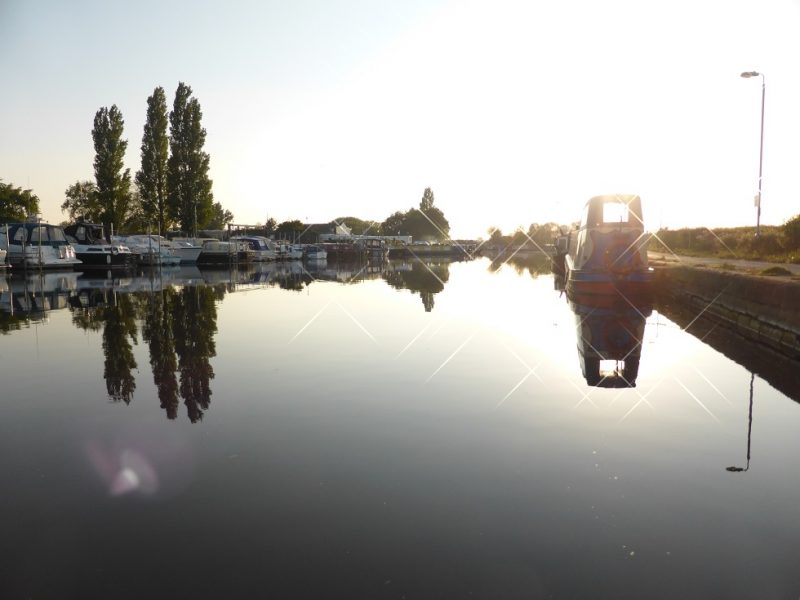