Sounds like a cast list from an Agatha Christie novel. Well, the Ashby is definitely otherworldly and so much quieter than the last week. Yes, there are boats and boaters – some not all that great but then you meet some lovely people (such as a nice couple on Iets Groter – which means slightly larger, which their boat was). We stayed another day. Entertaining Mark and his dogs, Layla & Pancho. Always good company. We had made a huge tabbouleh (as Mark’s a veggie) with finely chopped onions, pepper, cucumber, fennel, tomatoes, celery, carrots and a mix of quinoa/bulgar wheat plus spiced up with the last of our Sicilian olive oil and a good splash of Harissa. Nice. After that Cava, white wine, brandy . .  Friday just came and went. Saturday we moved further on . . . one slight incentive was that our favourite pub (perhaps ever) only does food Tues-Sat and only at lunchtime. So we had to get to Stoke Golding by 12 ish and we did. 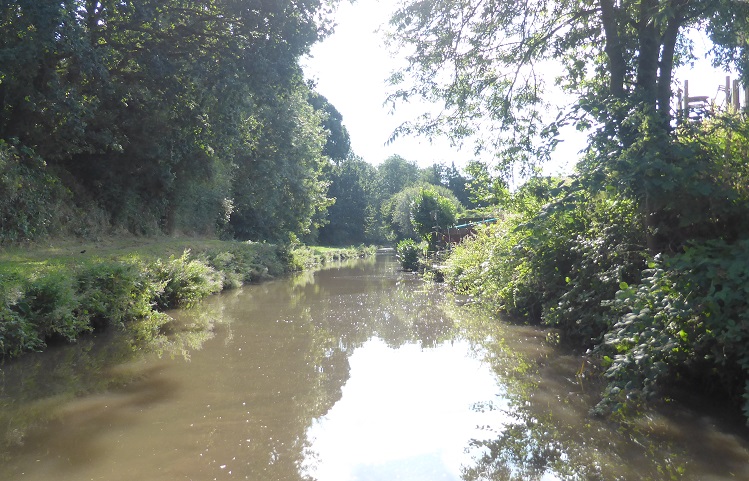 Narrow cutting from bridge 5 – weather turned out quite good. 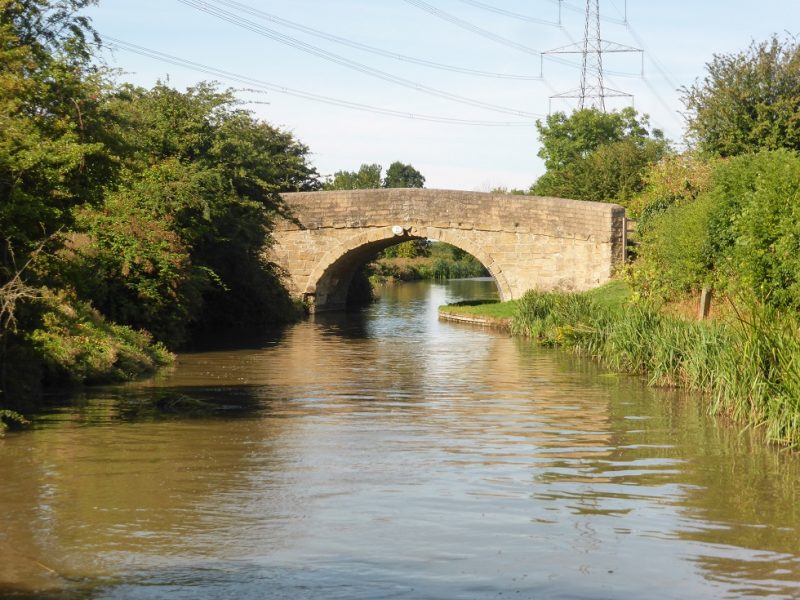 Beautiful stone bridge all the way. We left at No 5 and were heading to No 26 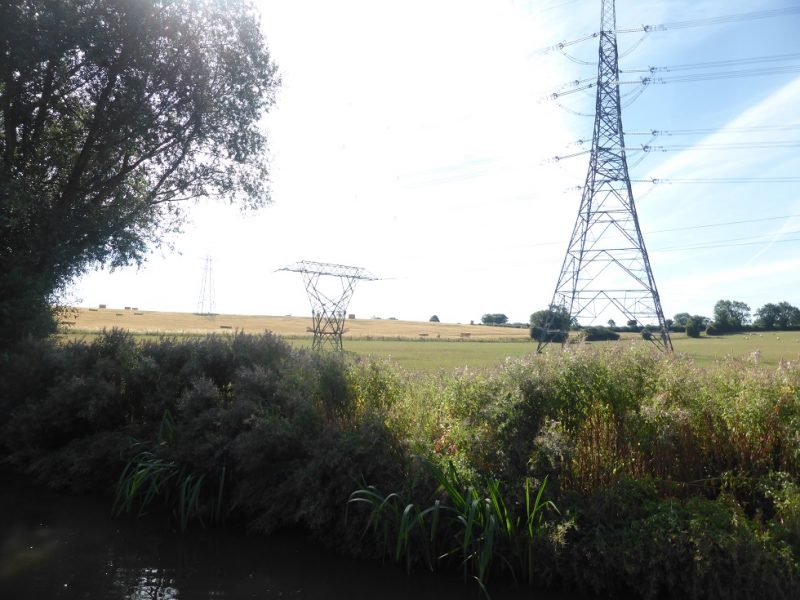 I remember these diddy pylons from last time. 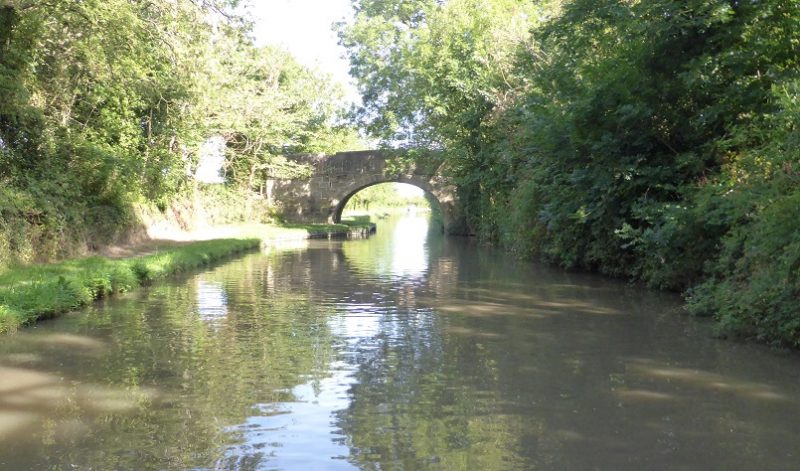 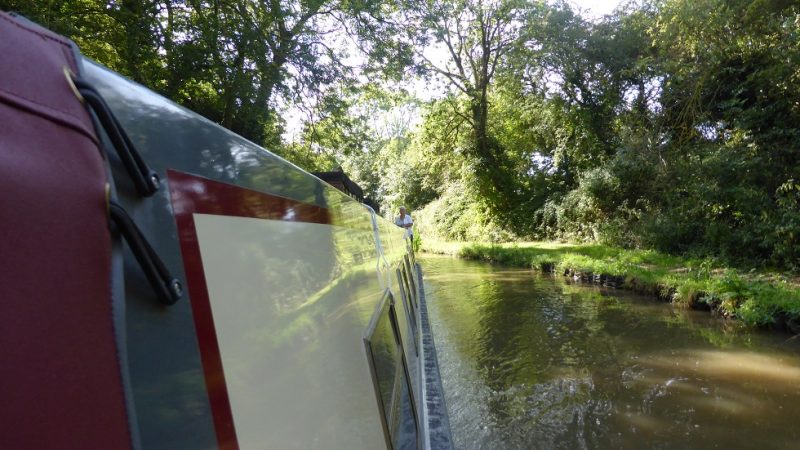 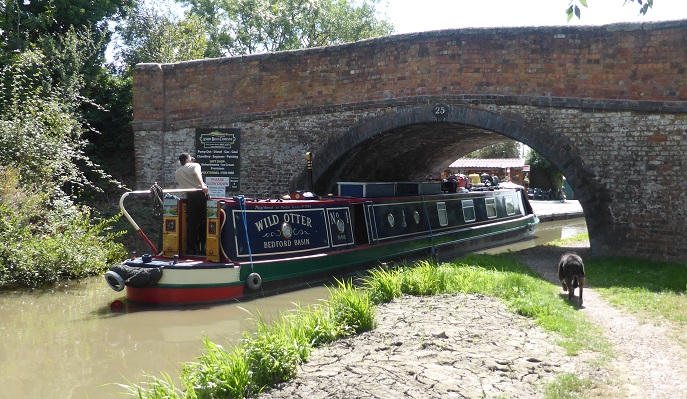 Journey’s end, for today. Here’s one for Gail – a boat called Wild Otter, pulling into Stoke Golding wharf. Toby’s heading for the pub! 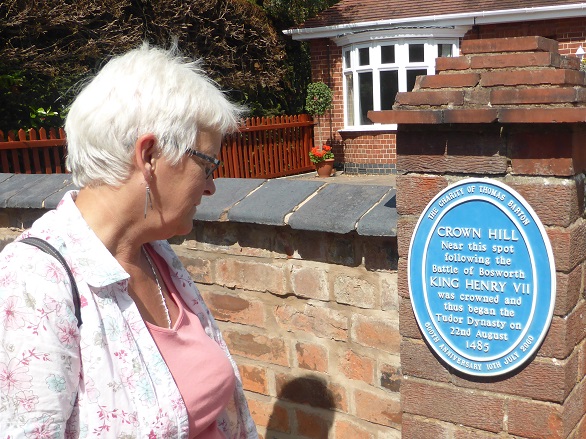 The area is famous for the battle of Bosworth. Stoke Golding seems to have more than its fair share of blue plaques and also I don’t think they let you live here unless you have a personalised number plate. Never mind. Top of the hill and there stands the George & Dragon. The first pub owned by the Church End brewery and stocking a lot of their excellent beers . . . 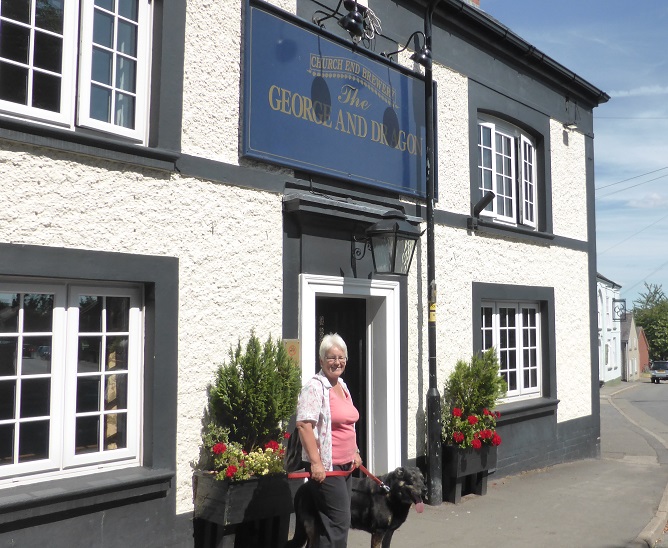 Our tongues hanging out? 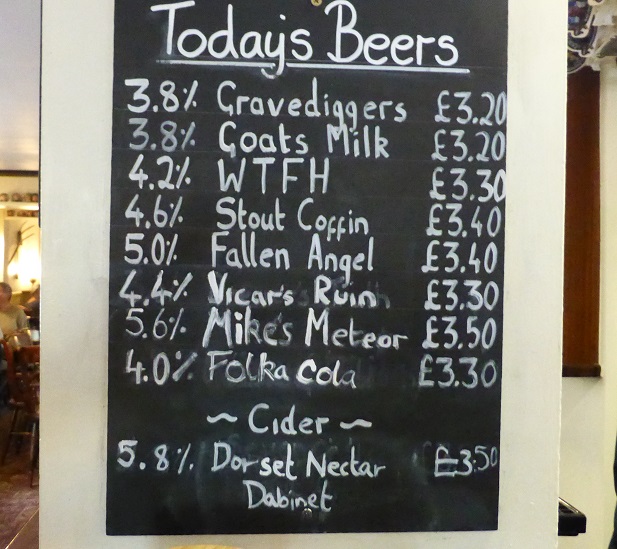 Eight, yes, eight of their beers on! We know most of these except the last two which we had to try and jolly good they were too. (WTFH stands for What the Foxes Hat, yes, you say it out loud!). Stout coffin is one of my favourites. 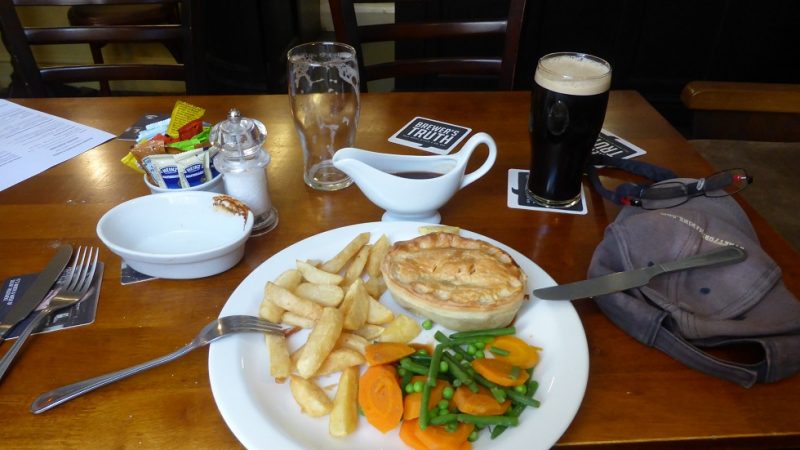 As is their homemade, shortcrust pastry pies. Very thin pastry and stuffed full of beef & ale. No surprise air pockets or gristle here. 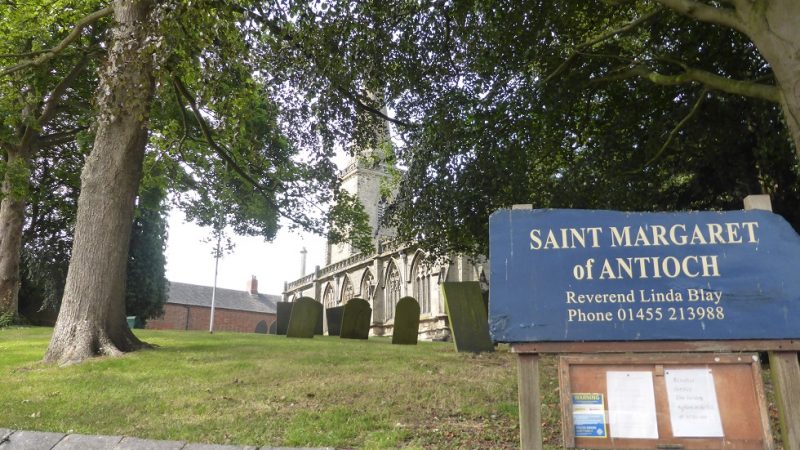 We stagger back (all downhill) a different route – past one of the best churches in Leicestershire (one for Jenny?). Must have a look inside over the next few days. 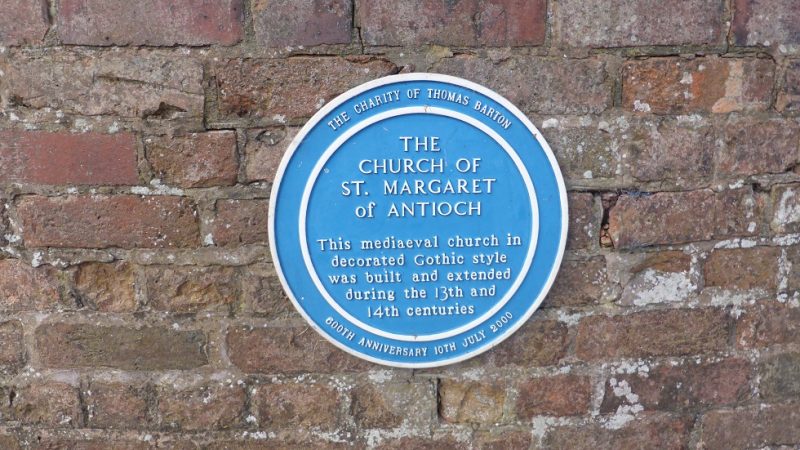 With rain due tonight and all day Sunday we stay put. Viv did her snack tea of seafood sticks with chopped spring onion, ginger and soy sauce plus another of her refrigerator cakes  . Yum. The George has a garden party tomorrow: 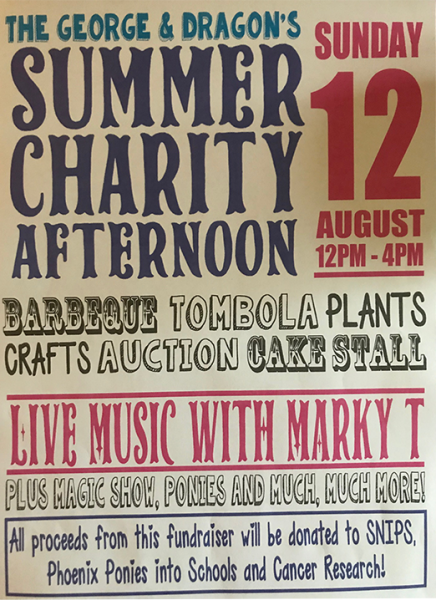 Unfortunately, a lot of rain is due but we’ll make an effort (the other six beers?)