Friday & Saturday in Chester – cleaning ship and shopping in Tesco’s & Waitrose. Plus a chance to wander round the city walls and explore. Toby discovered there are loads of squirrels in the parks which kept him amused. We went and saw where the canal went off to Ellesmere Port as well as the junction down to the Dee. We did some research on what pubs to go to when David gets here on Saturday. Hmm, made one mistake – Saturday was race day in Chester – thousands of race goers descended on the city – all glammed (and beered) up!

The cathedral was playing host to an exhibition of modern sculpture – we were a bit miffed as dogs weren’t allowed (why? most other churches & cathedrals do??). Plus the supposed free entry still meant you had to buy a guide book otherwise you had no idea what the pieces were, still here are some of them. 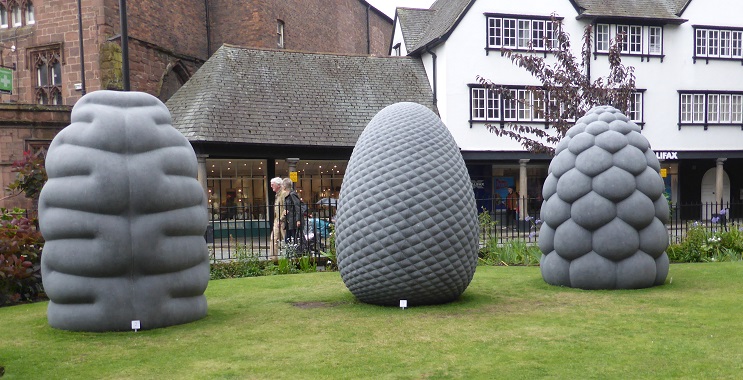 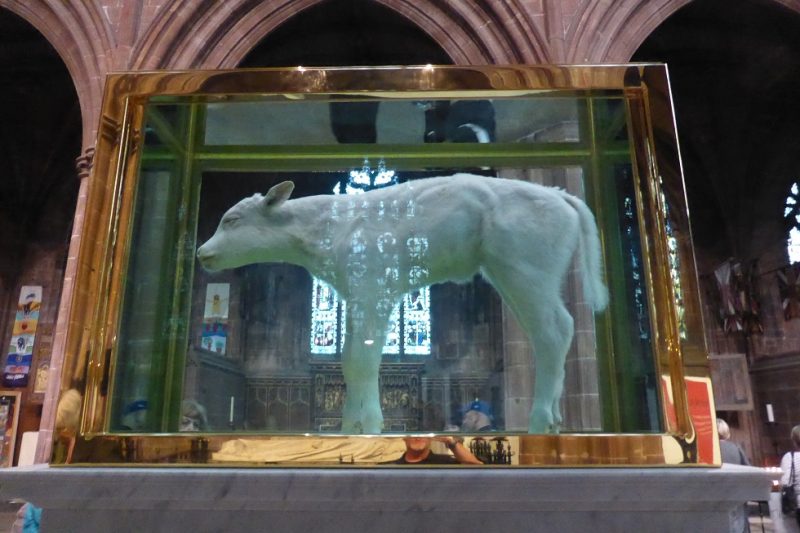 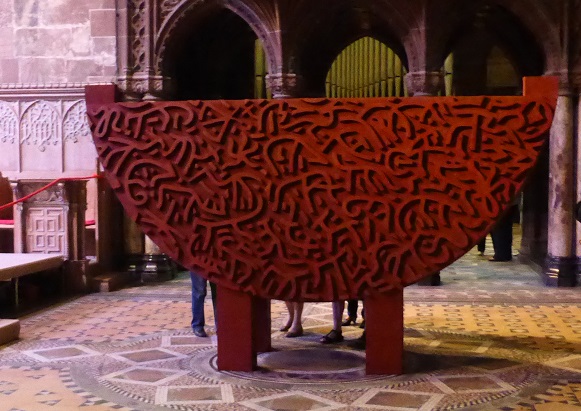 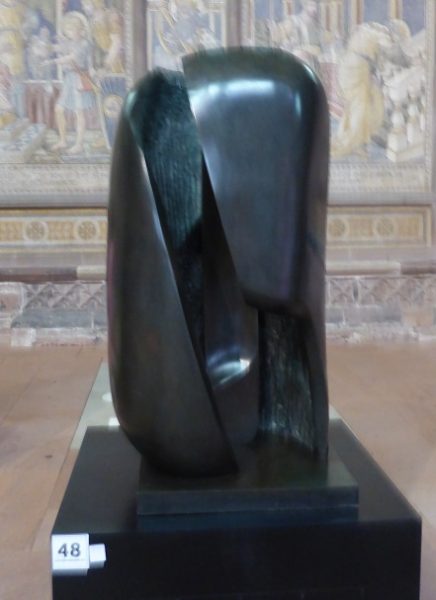 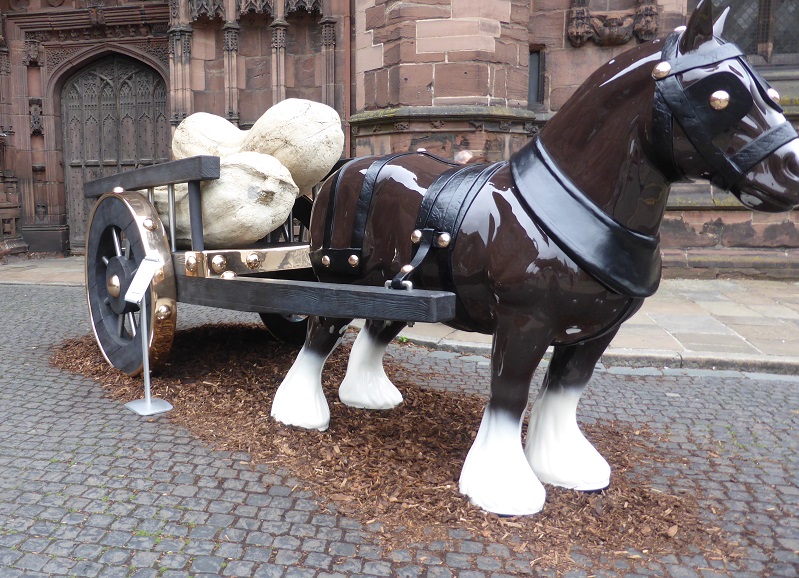 Toby gets some water (not beer!) 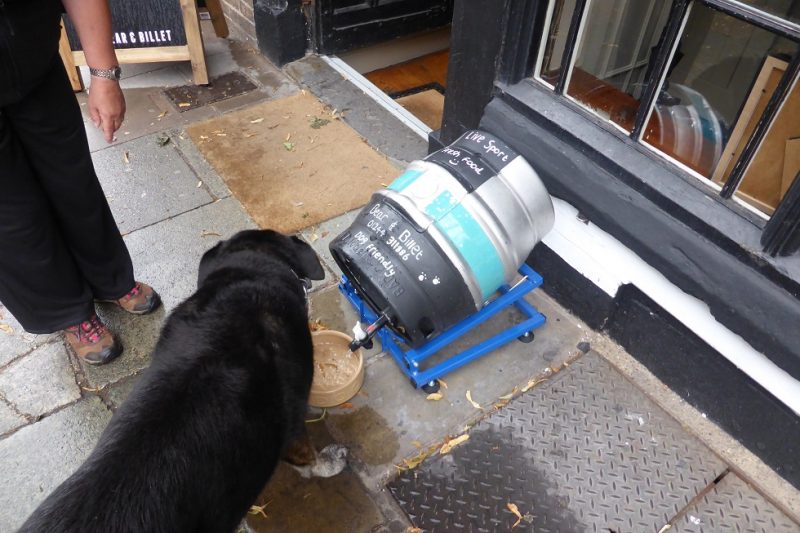 We were recommended the Brewery Tap – a newish pub in the oldest medieval hall in the city! Great beers (some from their brewery – Spitting Feathers) and superb food – we spied two guys having their giant pies!  We came back here on Saturday night, fighting our way thru the race goers, for some beer and food with David. 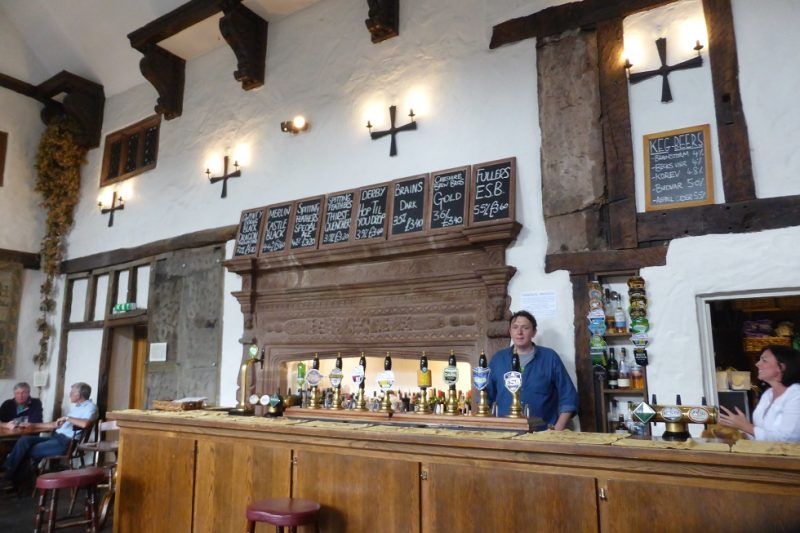 Menu looked good – we tried the pie, the risotto & the sausages! 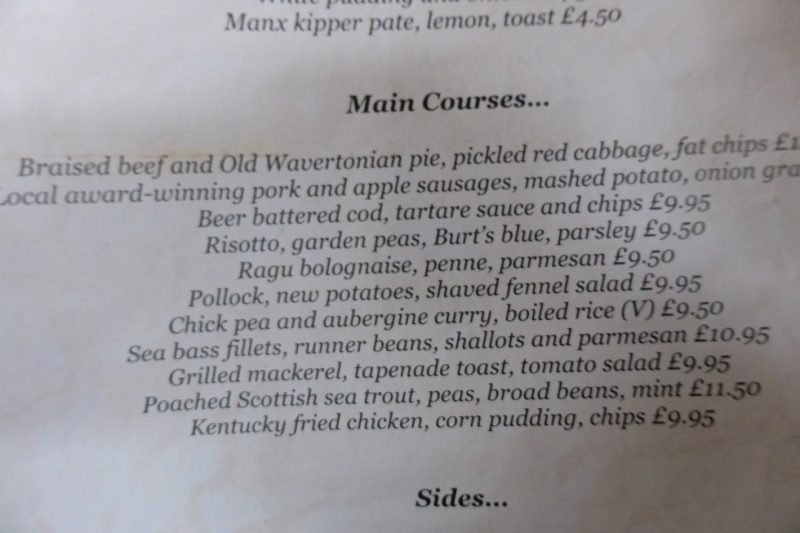 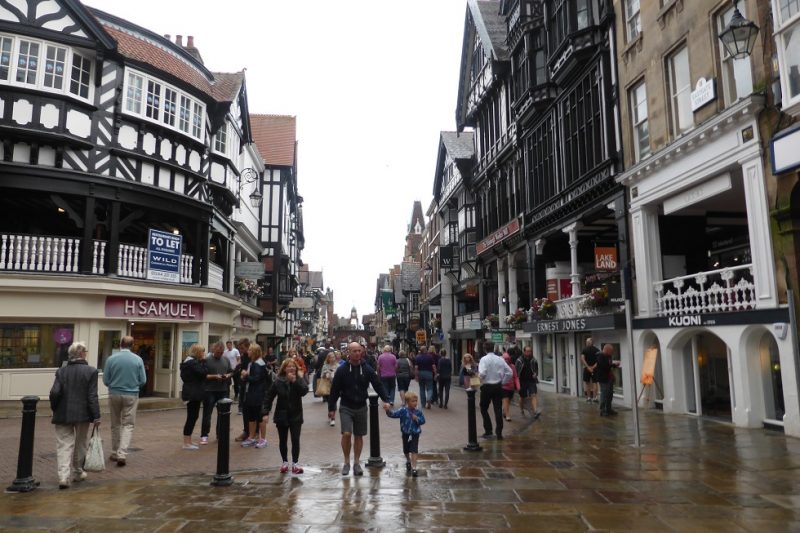 They even had falconry displays in the grounds 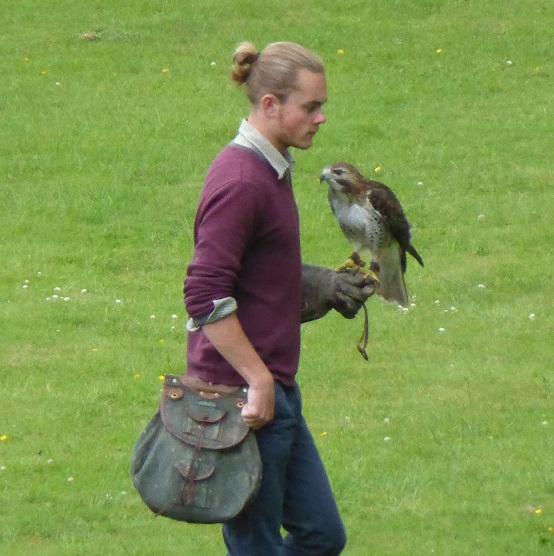 Sunday saw us leaving pdq, as a boat was heading our way & it seemed good to share locks. We teamed up with Bright Bryazel (a Sea Otter boat) for the 5 locks 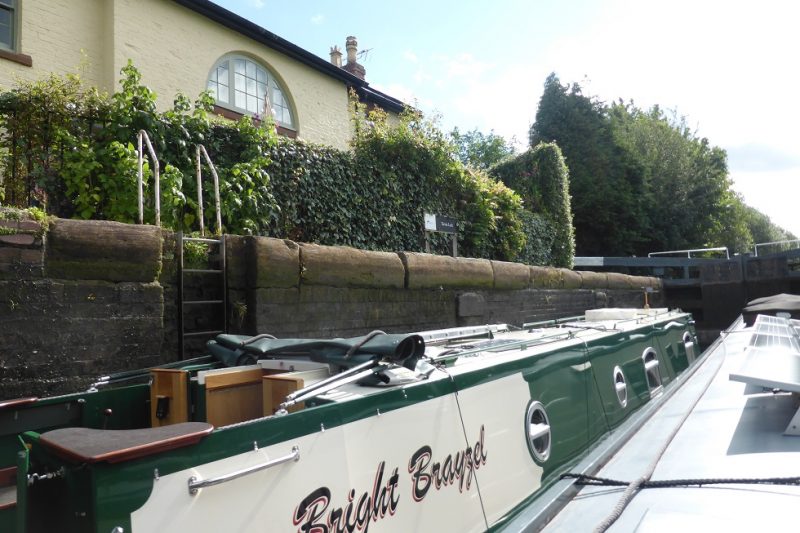 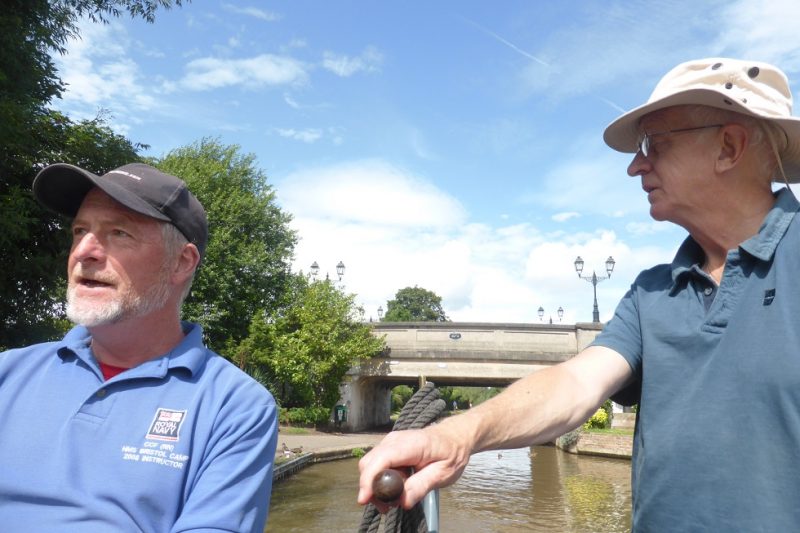 We chugged on thru the same route as Thursday – stopping this time beyond Wharton’s Lock, as we’d had enough and there were storms forecast! 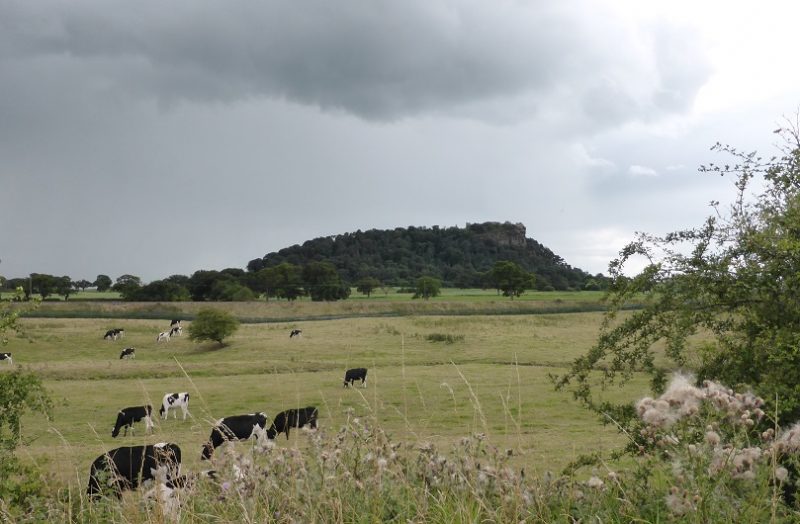 Moored up tidy like! Cheers David! Home made Paella tonight with a robust Rioja I think! 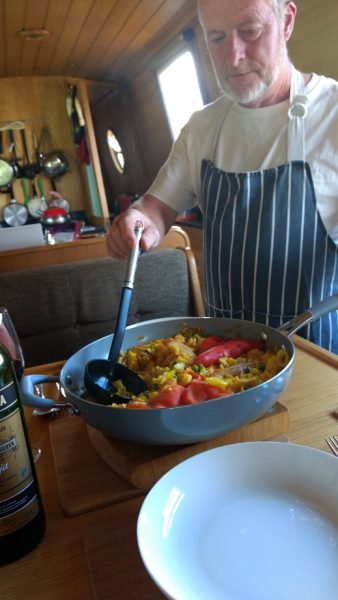 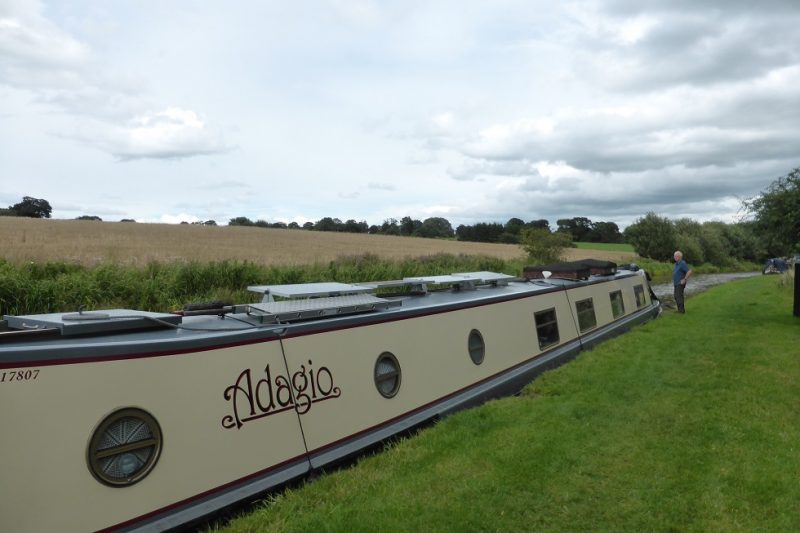