Up early, move boat to winding hole, turn boat round and moor back in the same place but pointing the other way – time to paint the starboard side.

Weed hatch had leaked a bit – on full throttle admittedly but the pathetic strips of tape which acted as a seal had finally given up and new stuff was required. We bought 3m of special sticky-backed rubber tape and set-to on both the hatch and cover. I decided the sticky was not good enough and so deployed my tin of Evo Stick impact adhesive! Proper Job! 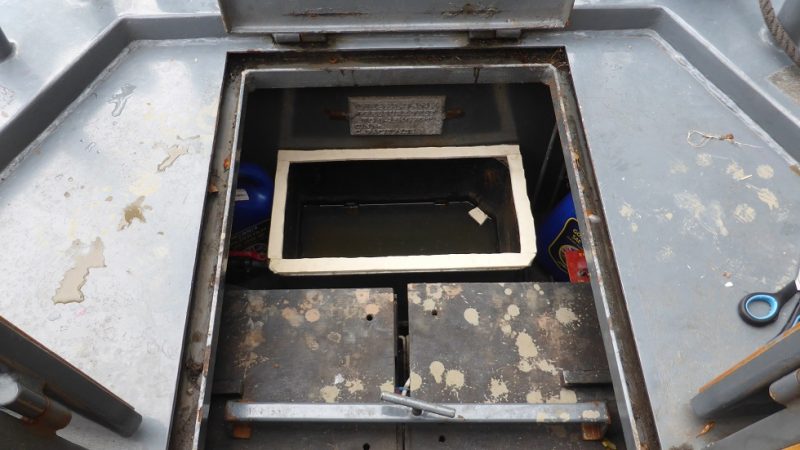 And here’s that removable hatch (upside down) 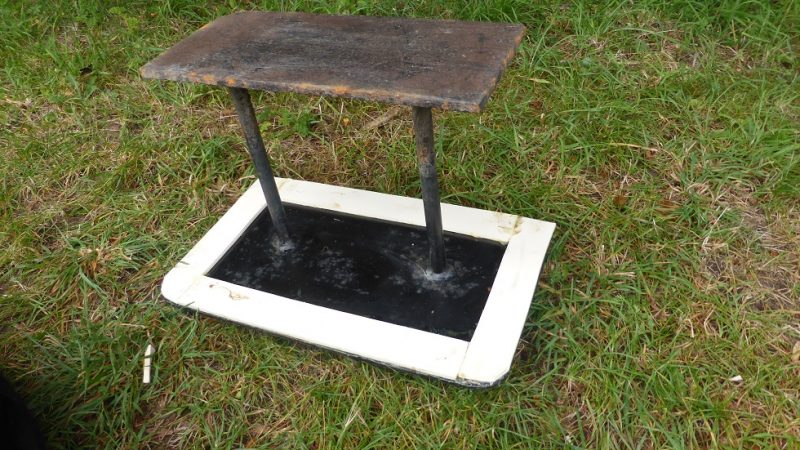 It worked but the two layers of seal meant I couldn’t get the darn hatch on – the locking clamp (bottom of top photo) just wouldn’t go over all this – doh! With some effort (hit it with the hammer, Steve), it went on and in the morning it had all squashed down – purfick! And what a start. Cold overnight and a misty, moisty morning too . . . there is a boat behind us, if you can see him through the mist! 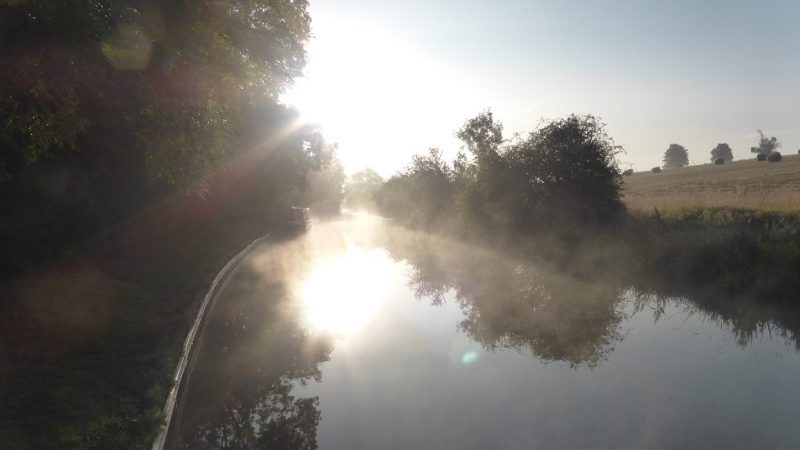 The winding hole is only a few 100 yds away and lo, there were two boats moored just before it. This makes turning very tricky as the hole bit is over on the right, so your stern should almost scrape the left bank but not if boats are there, grr! 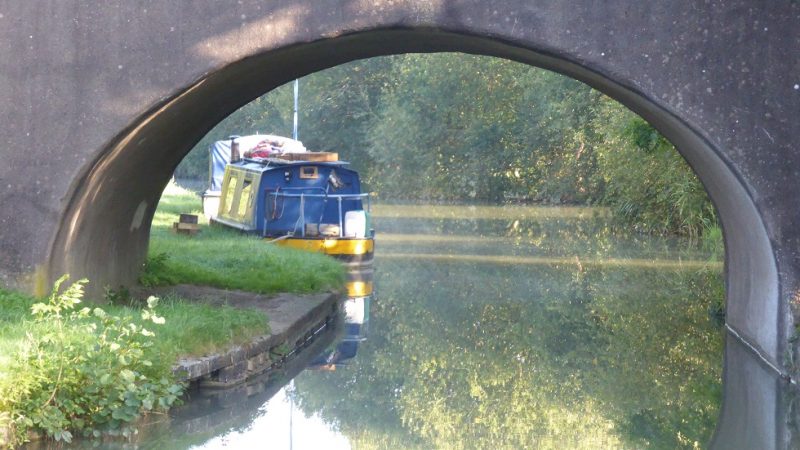 We manged to turn but it was more like an 11-point turn than the usual 3 ! 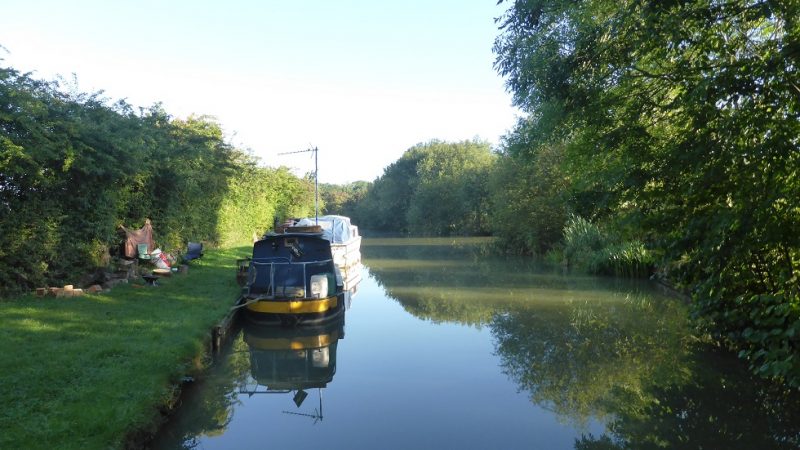 Back at the exact same spot – no one here now but us. 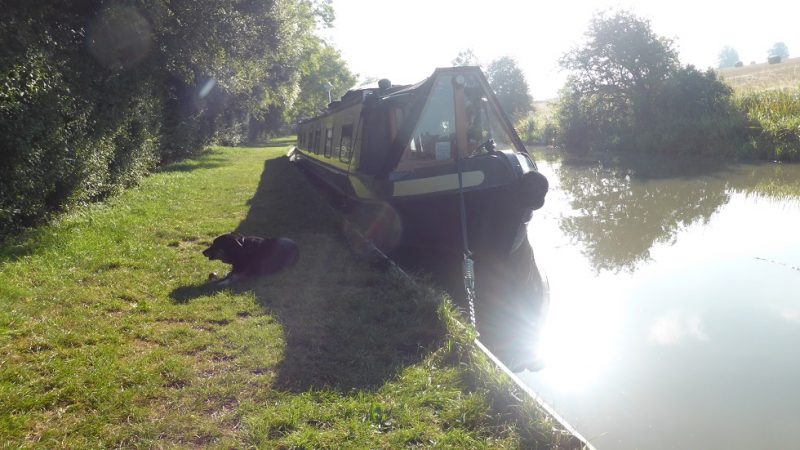 But later it got busy! Two Yelvertoft boats behind us (Rushmere & Josephine) and then a surprise our very own neighbours – Simon & Linda on Hyannis . . . 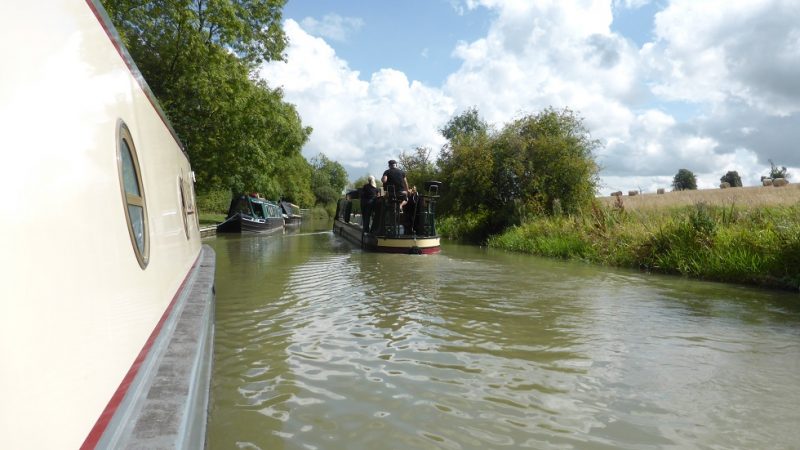 And closely followed by Nick & Margaret on Iron Maiden on their Maiden voyage! Good to see her finally out. I think this must be her “sea trials” 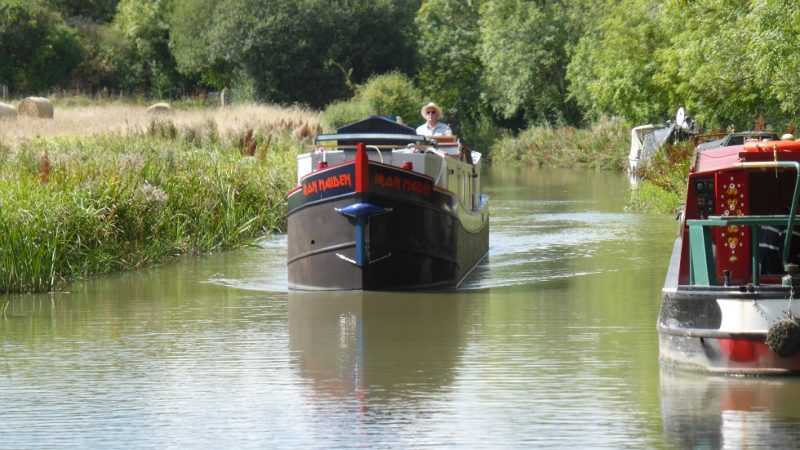 Quite a big boaty! 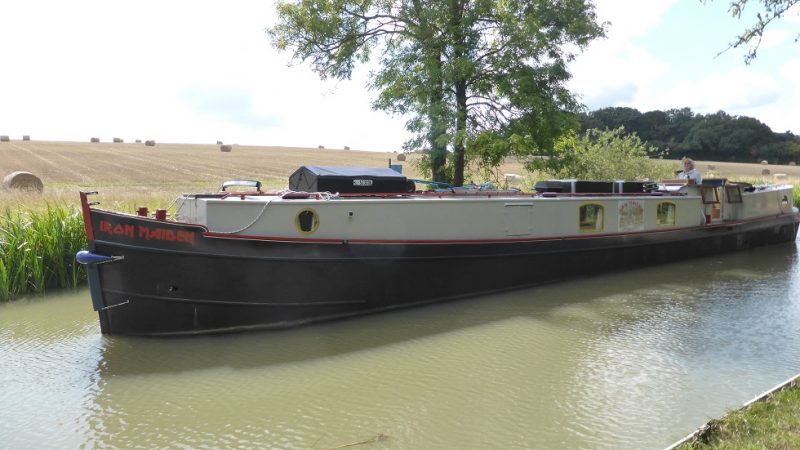 We painted the grey below the gunwales and then the blacking – all done. And then about half an hour later a hire boat comes along and aims to moor, except the son was left to steer and he steered alright, right into our boat, bang! “Oh no!”, said Viv, ” We only painted that side yesterday!”. No harm done as far as I could see. 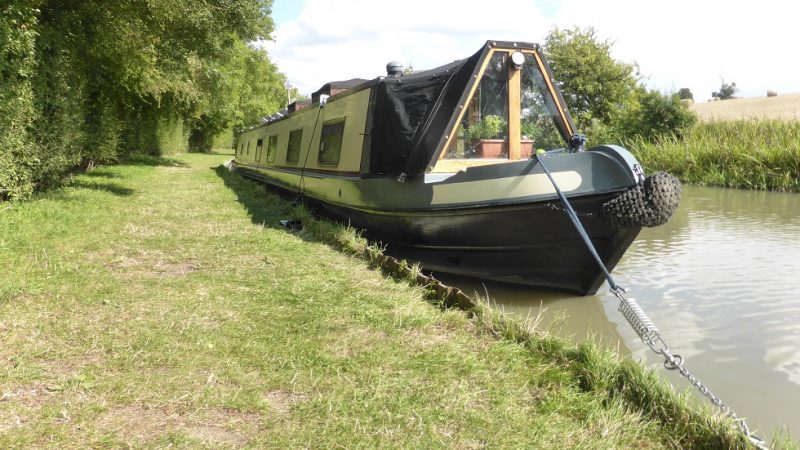 Fellow Yelvertofters, Pete & Anne on Rushmere go back to the marina 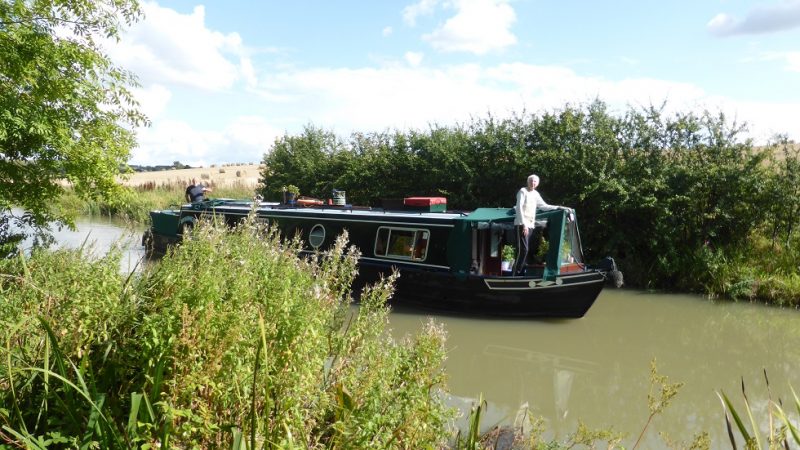 Followed in convoy by Andy on Josephine – new to boating and a single-hander but enjoying every minute. 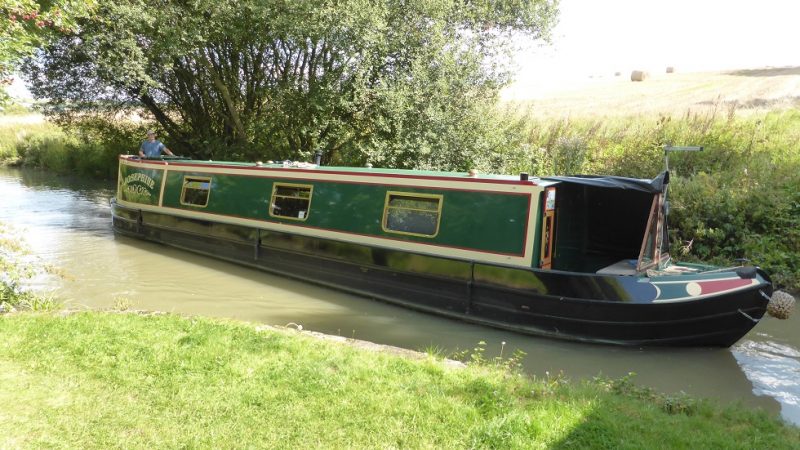 We then took our Boggle for a walk around the delightful wood (Fieldside Covert – Woodlands Trust) and saw some of these Parasol mushrooms – Anne had seen them and picked for her husband. We think they Parasols and supposedly edible but we declined. 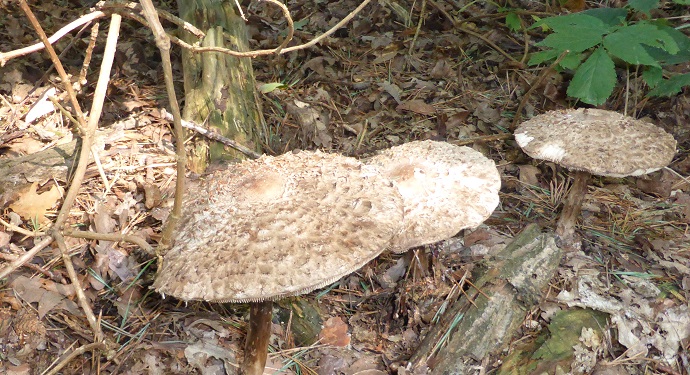 A gorgeous, sunny day in the end. Here’s the wood from the inside – spot the Viv & the dog! 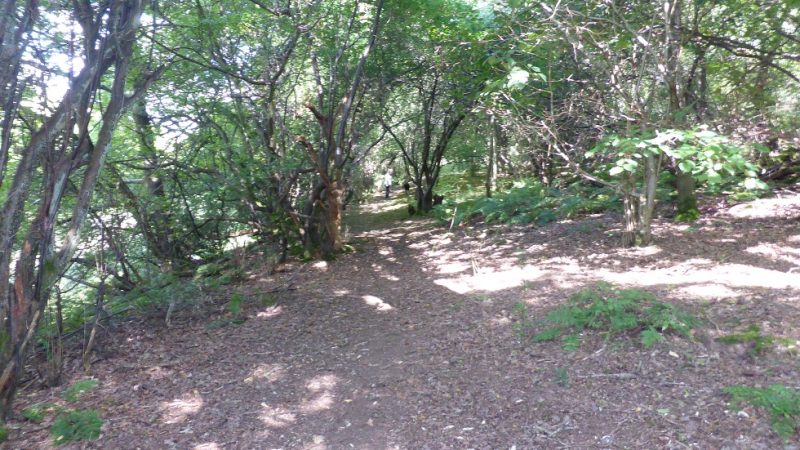 There’s only the well deck to paint, so we might return sooner than planned, or not. It is a nice spot here!