After the two days in Leicester, we moved off on Sunday morning. Hmm, not a good time as the rowing club was out in force! Still they stuck to one side of the mile straight and we went down the other. We got to the end of the river bit at King’s Lock (some four locks and 2 hrs later) and picked up Ian on Swansong, who serendipitously chose to cast off at that time – jolly good, someone to share the locks with. Onwards to Kilby Bridge.

Here’s a view of the splendid new moorings at Friar’s Mill – from the road side. 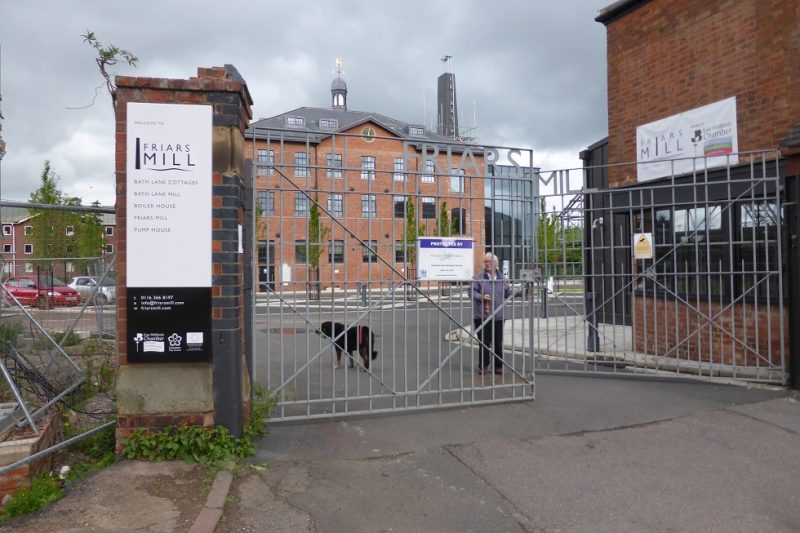 Note to our Leave friends – another EU paid for project! 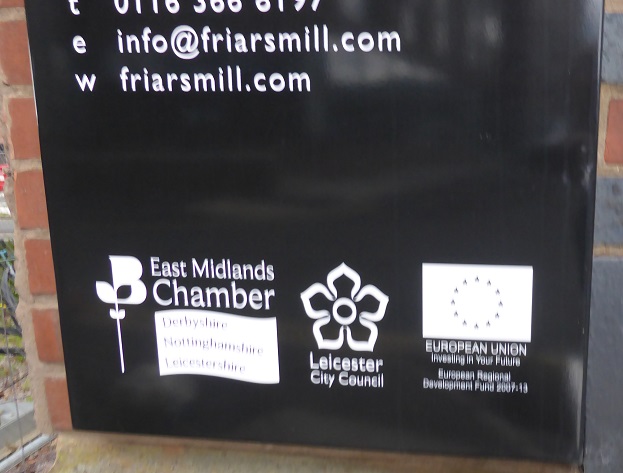 I could write a book on weird & not-so-wonderful boat names, here’s another 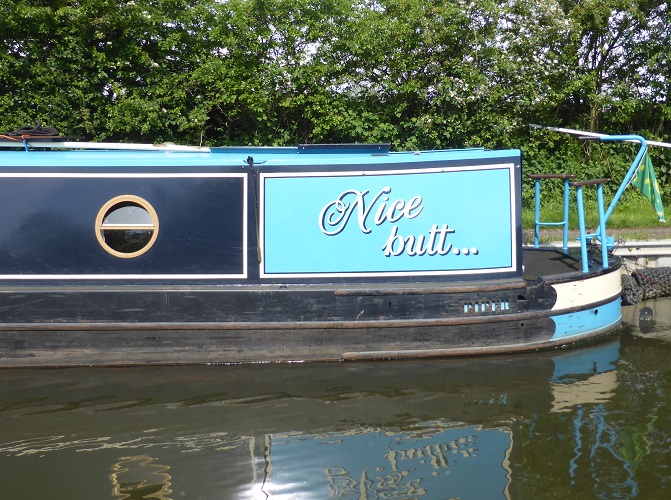 A lovely “Cruising Down the River on a Sunday afternoon” 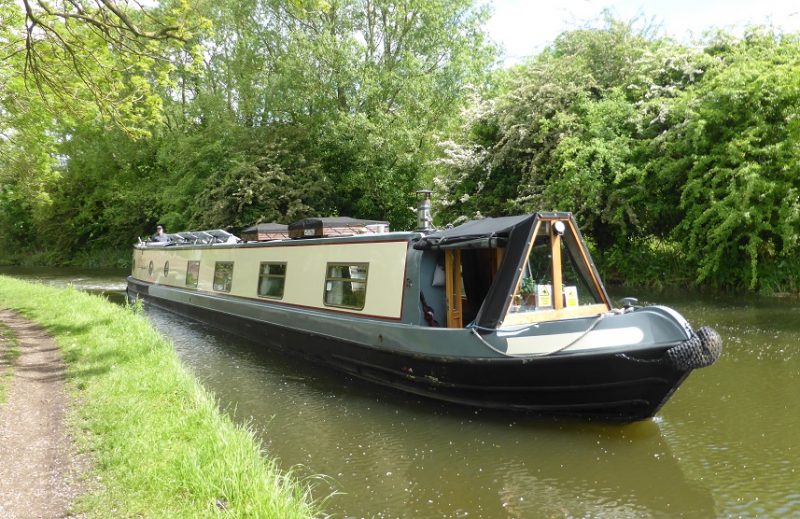 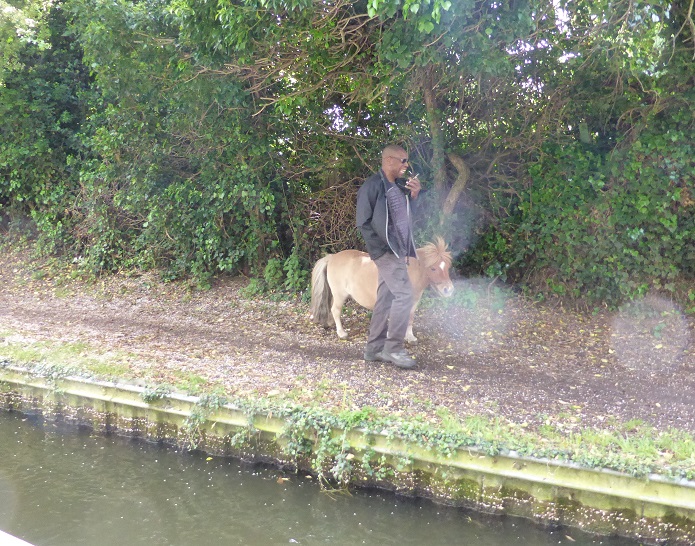 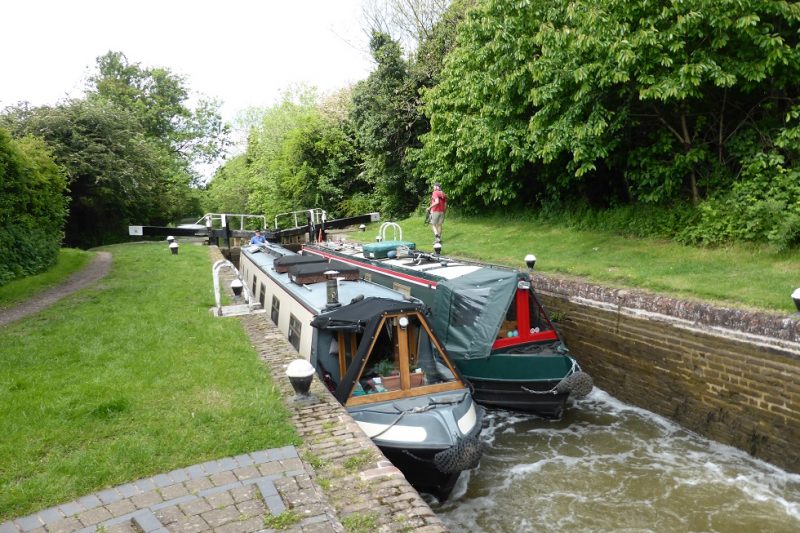 A long day but a gorgeous sunset – highlighted by the super polishing work! 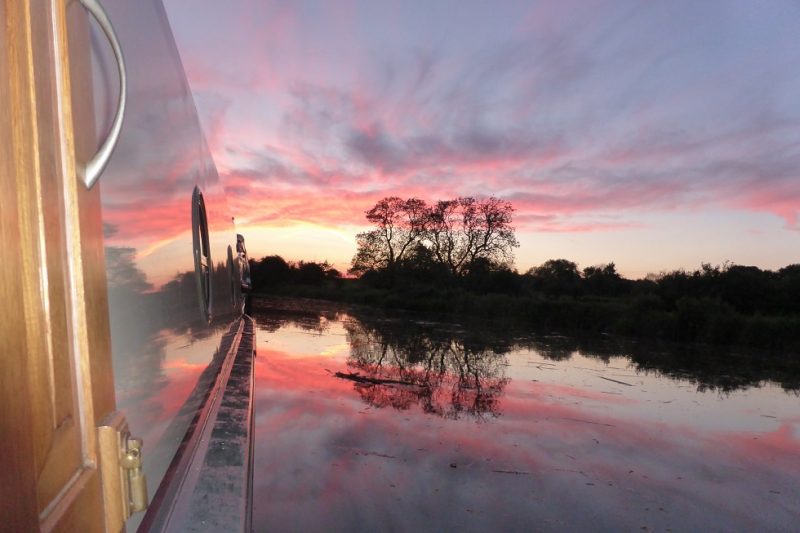 We were impressed by the birdsong here – especially the songthrush. They usually chant “RayMears, RayMears” but Steve was sure this one was saying “Wnker, Wnker” – listen after 1:30? Or is it just Steve?? Anyway, it’s great just to sit and listen to the birds.

We stayed another day for rest & recuperation, then onwards – the final 12 locks to Fleckney. We discovered that the cordoned off areas were because of giant hogweed – there were lots more of it along the towpath, nasty stuff! 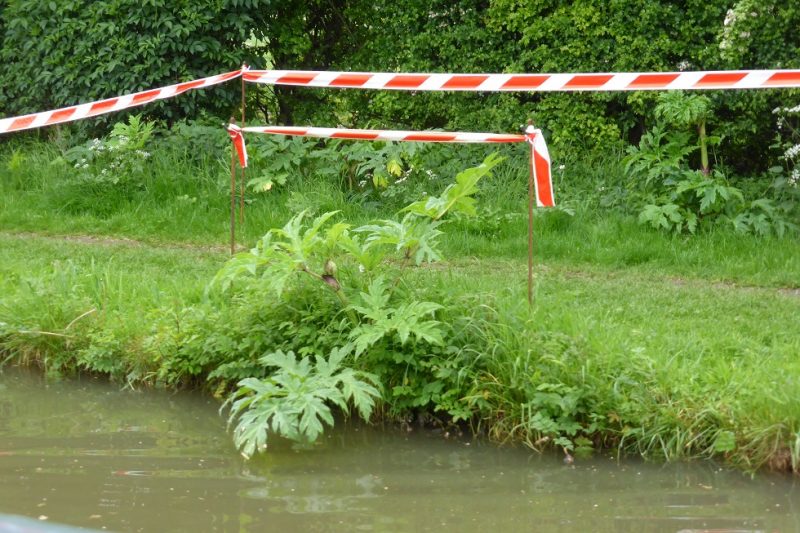 Ian’s a continuous cruiser – been doing it for 5 years – a very calm and considerate chap. He stopped for the day at Newton Harcourt. It was a pleasure to cruise with you Sir! 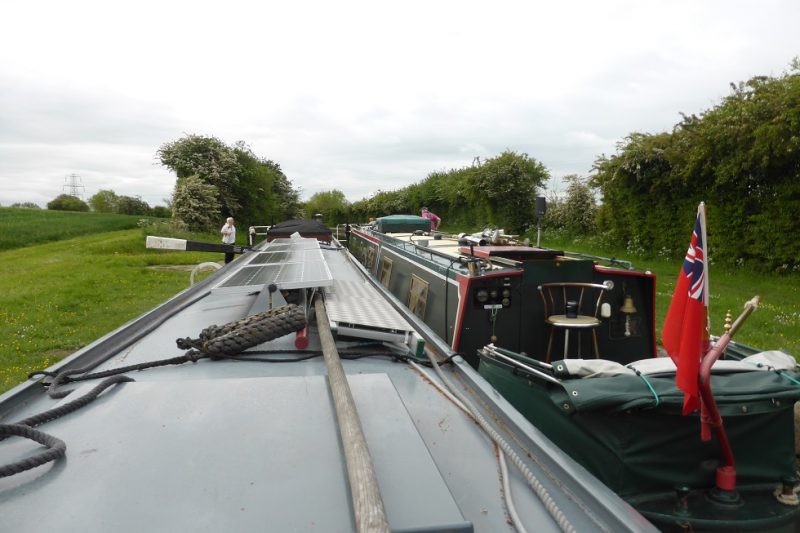 At Crane’s Lock, another boat, Symphony, had very considerately waited for us and we continued our lucky day in sharing the next five locks. There seemed to be plenty of water about – 2 years ago we went aground in some of these pounds. 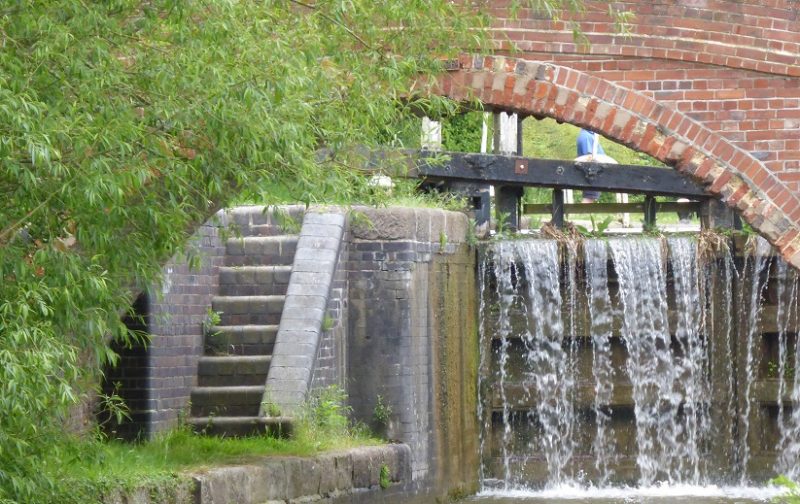 Sharing does help – it keeps the boats steady and extra hands on these heavy gates is a boon. 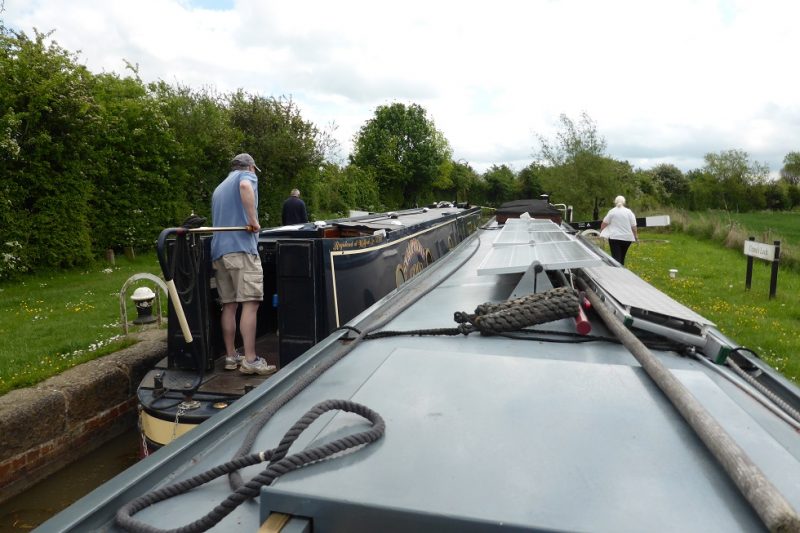 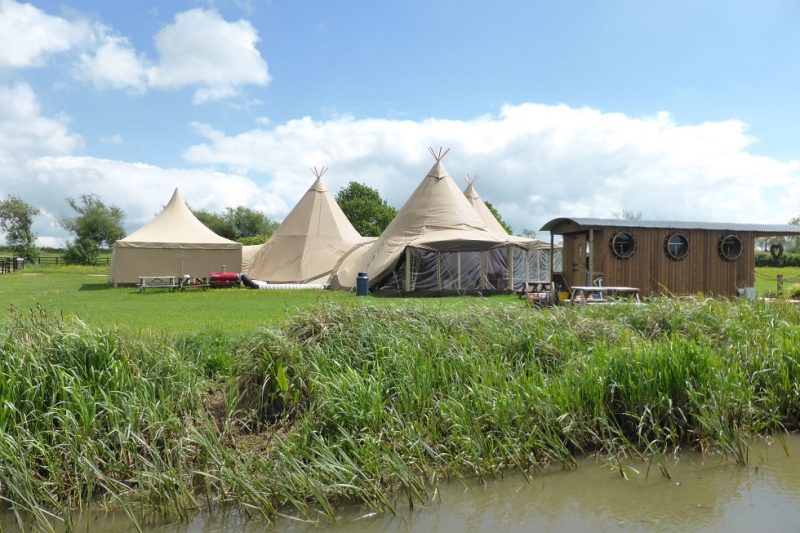 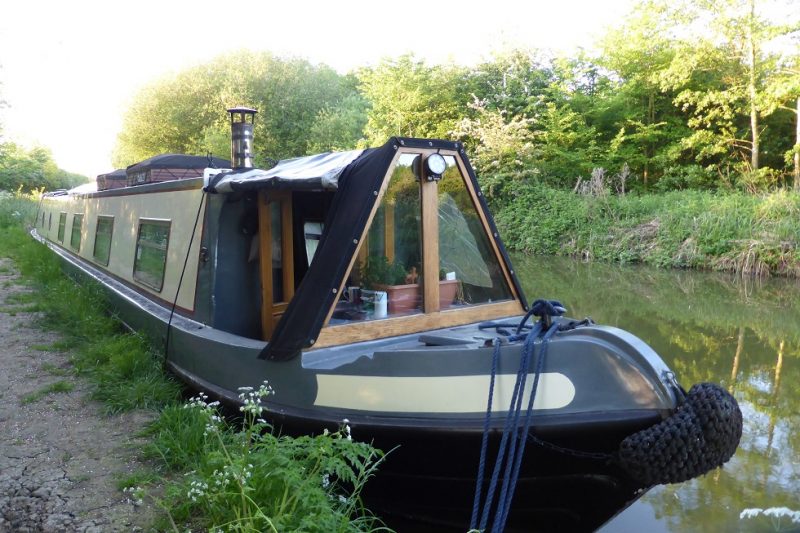 We walked across the field into the charming village of Fleckney, had a pint in the charming pub, the Golden Shield, shopped in the Co-op and tucked in to Tandoori Chicken kebab & chips from the, erm, charming village chippy. Back on the boat for a pipe & some Aberlour peaty malt whisky. Only 8 o’clock but is it time for bed yet?? 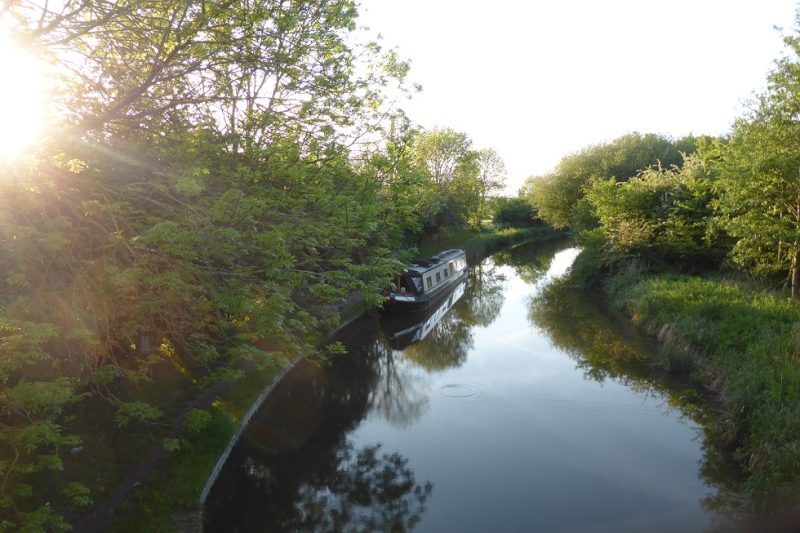