Well, we got the all clear from CRT early in the morning – the Soar was no longer in flood. So we pushed off around eleven. I chatted to some continuous cruisers on a green boat, who were seriously thinking of giving up. They love the boat, living on the boat and the waterways but had had enough of the “scrotes” on the canals. It was the people they met that left them fed up! I understand what they mean but it’s a shame.

Today was a weird mix of The Serene, The Hot and The Scary! Yes, the river was now no longer in flood but it still had a flow and there were some strong streams here and there. The Serene: 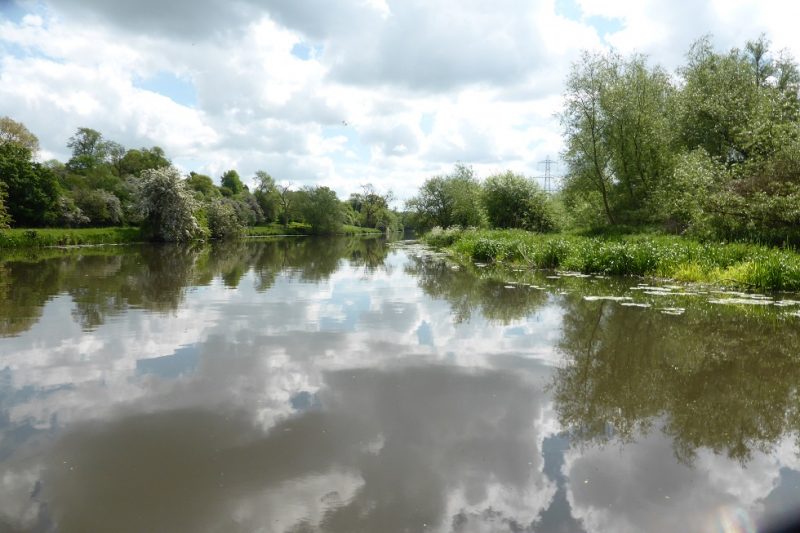 Just after Loughborough, we entered a very serene stretch.

Lots of greenery – well, it did rain a lot! 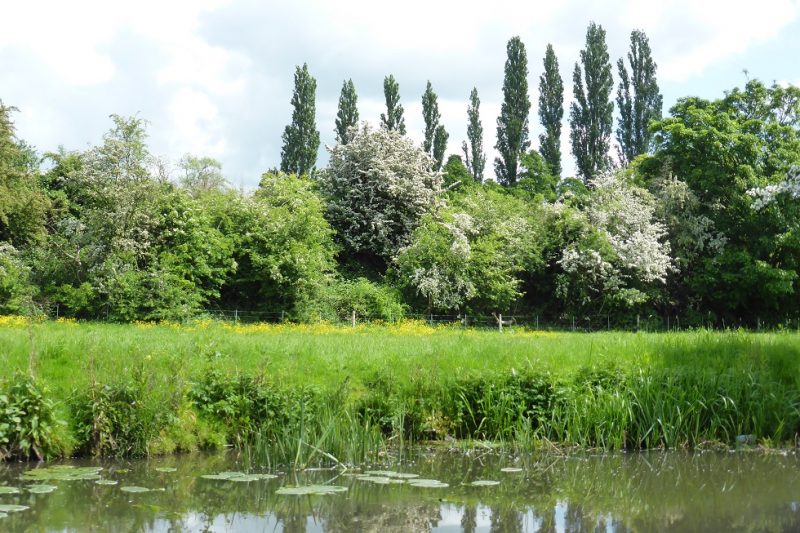 Nearing Mountsorrel we encounter that conveyor bridge of 1860 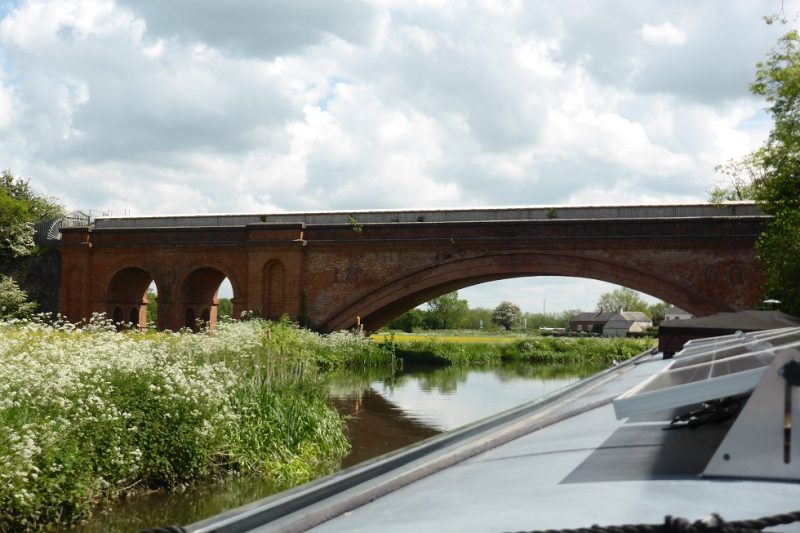 And now for the scary bit – the lock keeper chap at Barrow Deep lock, said we shouldn’t have gone thru the right hand bridge as it’s shallow but not so with all this rain. There was a strong flow pushing the boat back and to the left – full revs & that told it what to do. He also said there’s no trouble with the Soar but . . . the weir at Sileby will push you over . . . here’s the still, showing the strong flow from the weir (it’s always a bit strong, to be honest) but the only way to do this was again, full revs and aim for the lock. Otherwise it would push us onto the concrete bank and we’d be pinned there. Entry to the lock would’ve been a nail screeching crawl along the wall. Not elegant. 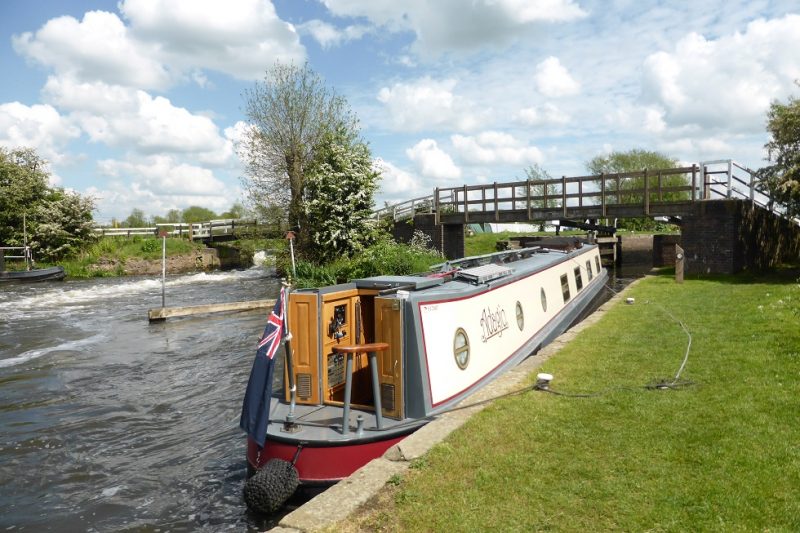 Note Skipper has two ropes to secure the boat! And here’s a short video too:

Coming “downhill” is no problem – again a rapid burst will do, just as long as there’s no waiting boats (esp. plastic ones!!) in your way.

Oh, and is this gauge red or amber? Academic really. 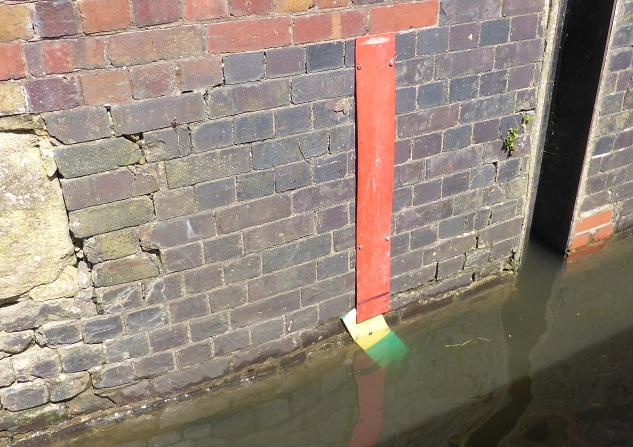 A fine day – in fact it got rather hot! Here’s Viv driving! She did very well and ALL the locks too. 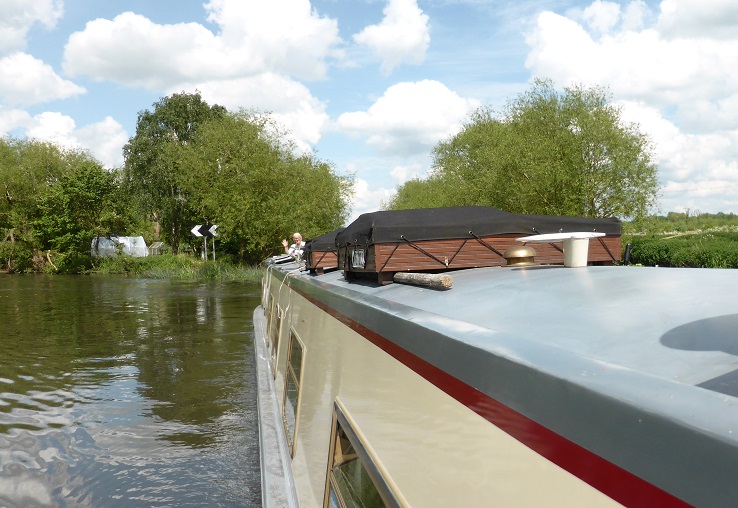 Continuing the scary theme  – we met “Caroline”, a Napton hire boat at Cossington lock (hate this one!). They had a very scary experience last night. The hire company made them go round the Leicester ring anti-clockwise, to avoid running into the waterways festival in Leicester in June. But when they did get to Leicester, all the moorings were 4 deep in boats (maybe holing up because of the expected flood?). So they pressed on. They got to Birstall  – they saw the gauge was in the green but in a matter of an hour it had crept up into the red; it had gone up four feet and he’d never been so scared in his life. They were surfing down the river! Which is why we’ve stopped in the canalised bits – just in case. 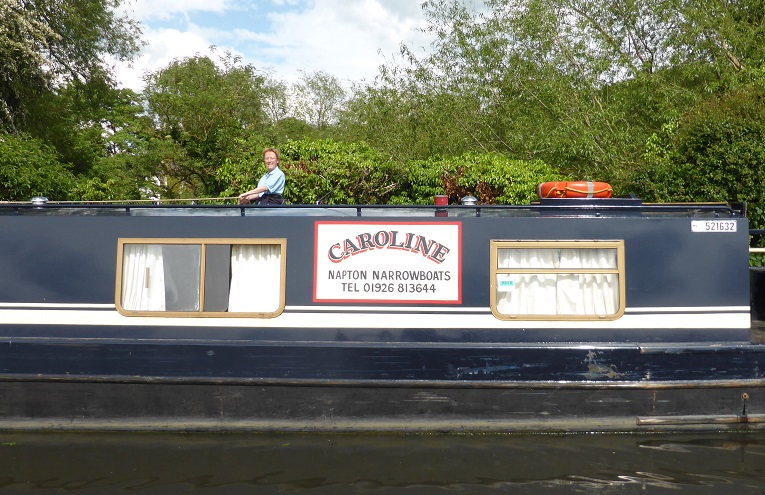 I’m always shouting “Crocodiles!” to Viv. What I mean is floating logs . .  and there were a lot of them plus tons and tons of rubbish – a consequence of the flooding river, I guess: 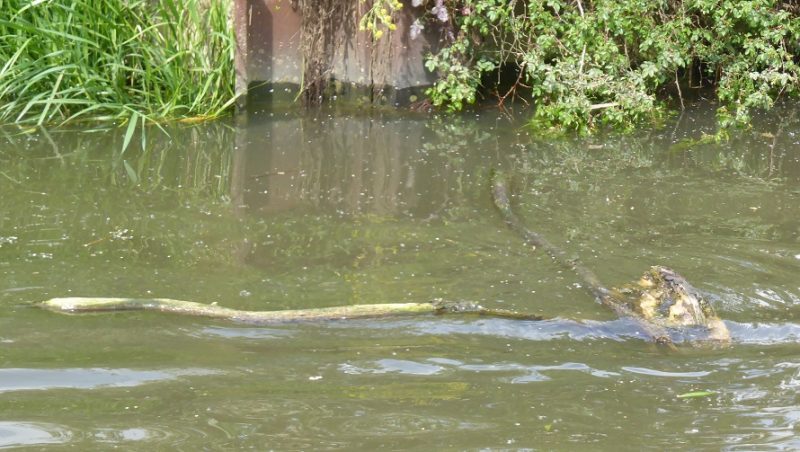 Ooh, this one looks red-ish? No, it’s amber – proceed with caution 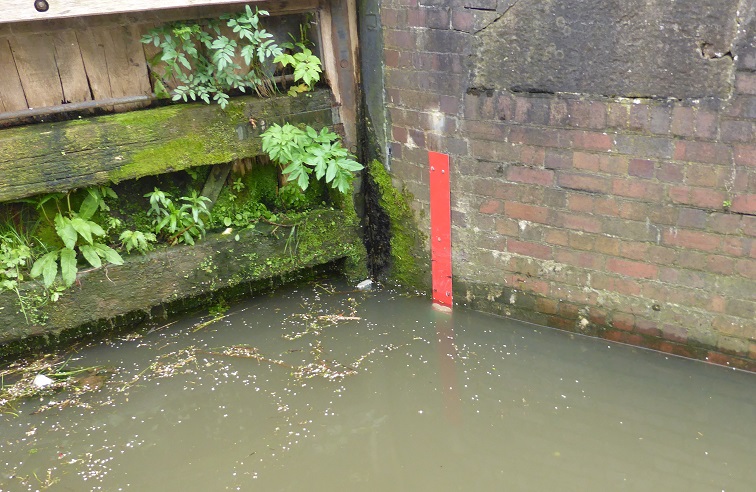 By now we had done the 10 miles and this was the last lock (no 6) before we moor up outside Watermead Park. The Soar having left us and we were on a bit of canal. 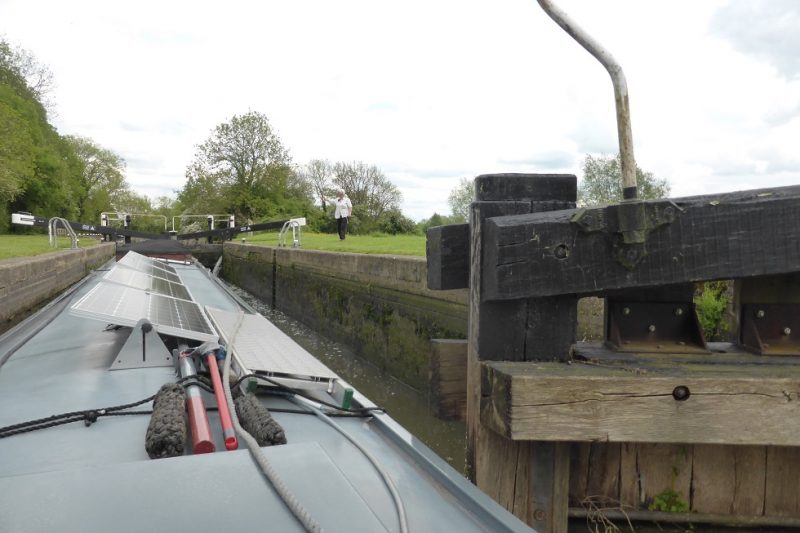 Quite a long day (for us) – over four hours! But we filled up with water (few and far between on this stretch) with one of the slowest taps we know (outside the Hope & Anchor Hungry Horse pub)! But we had arrived – one of our, well, Toby’s favourite spots. We even drive up here from Yelvertoft (about an hour!) for a day trip, just so we can walk around the park and give Toby his beloved swim. 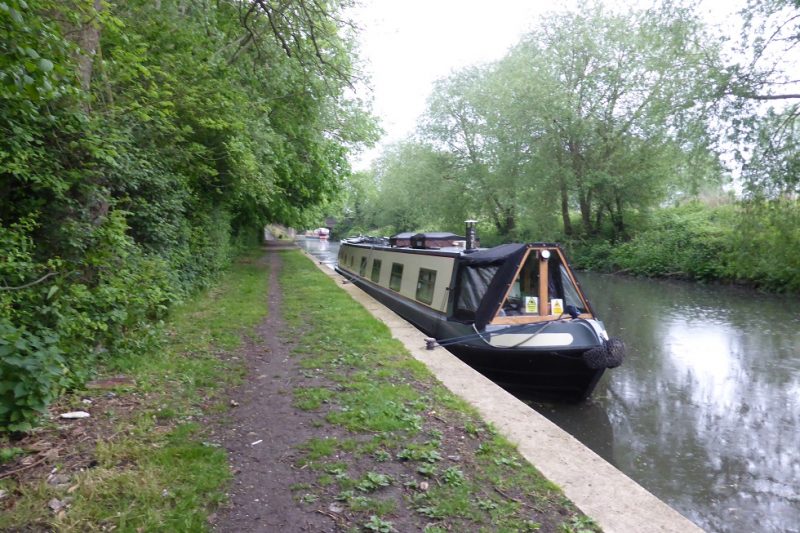 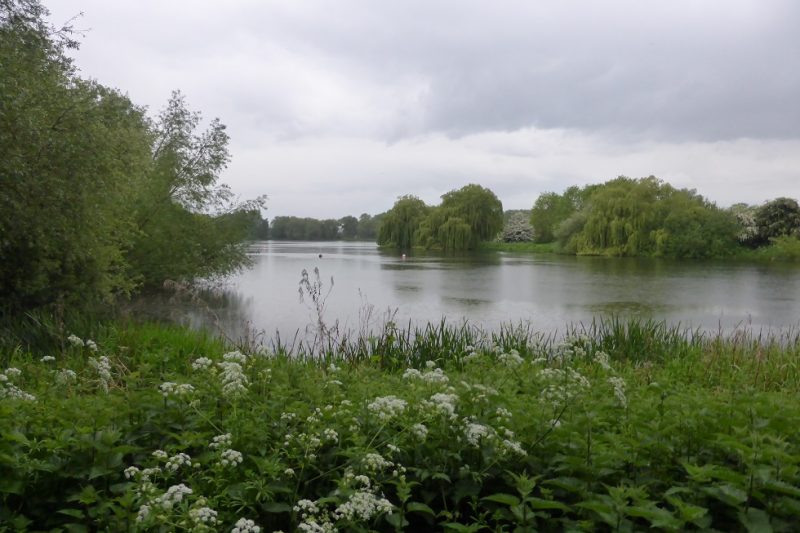 5 more locks and 5 more miles to get to Leicester – let’s hope for not much in the way of rain.