Not much to write about today – just the heat!  “I don’t’ mind the heat so much, it’s those damned drums, will they never stop?!”, is one of Steve’s odd phrases.

They got it right – those Met chaps – pretty much 25+ degrees here all week.

As you can see – over 32 here in the boat (that’s over 90 in old money). With a dull grey metal roof it does rather heat up. Steve’s taken to covering the roof with tarpaulin, dog blankets and anything spare – just to keep the heat down. 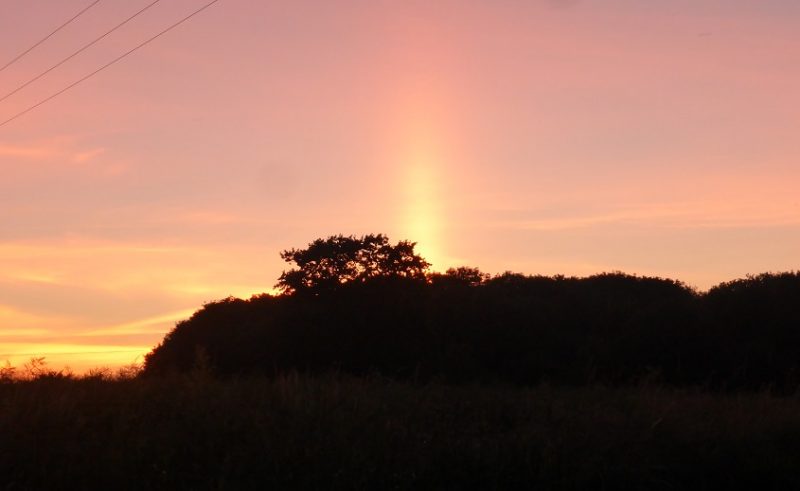 Last night we saw another of those meteorological optical thingies – we saw one in Mountsorrel (see blog passim) , called a Sun Dog and now we have a Solar Pillar. Nice. 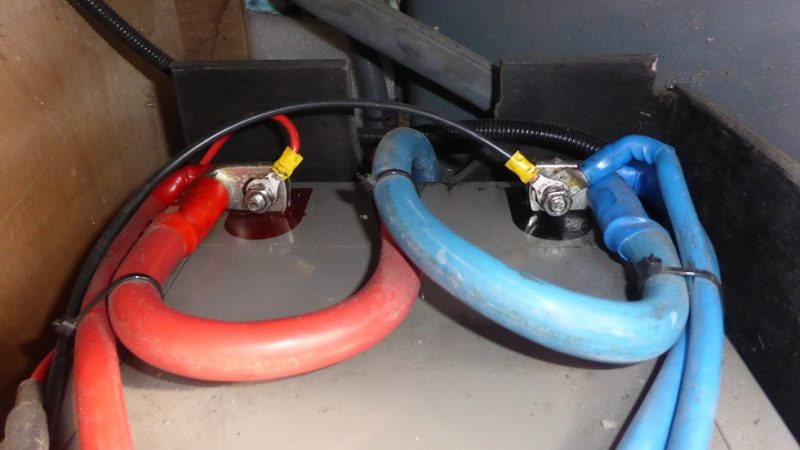 Not quite a candidate for the “photo of the year” but here’s the inside of one of the battery boxes – sexy innit? Steve bought that battery monitor from that nice Mr Kevin of Onboard Solar on Saturday and was going to fix it today (the BMV 712 if you’re into that sort of thing) and he set about the job with alacrity but with some trepidation. You have to uncouple all the negative wires and attach them to a shunt, connecting it then to the negative terminal. Sounds simple?  Hmm, four big chunky wires and one enormous one too. Got half way thru when he found that two of these blue wires had holes in their terminal too small for the new bolt, doh! Couldn’t drill them out, cos the elastic trickery had been turned off. Doh, indeed. Put it all back and do it in the marina next month. 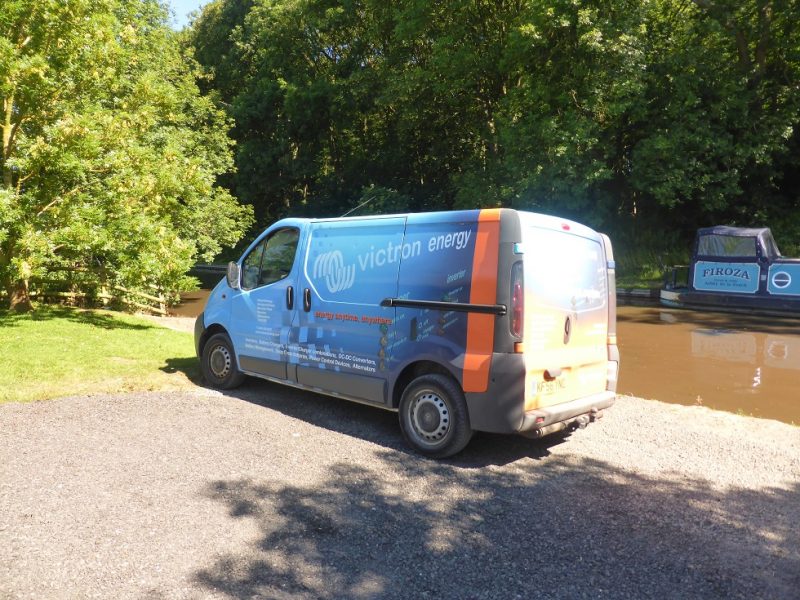 But a big Thank You to said Kevin for all his help and advice. I know he helped install a lot of kit for Gail (Hello!) on Sleepy Otter and she was impressed. 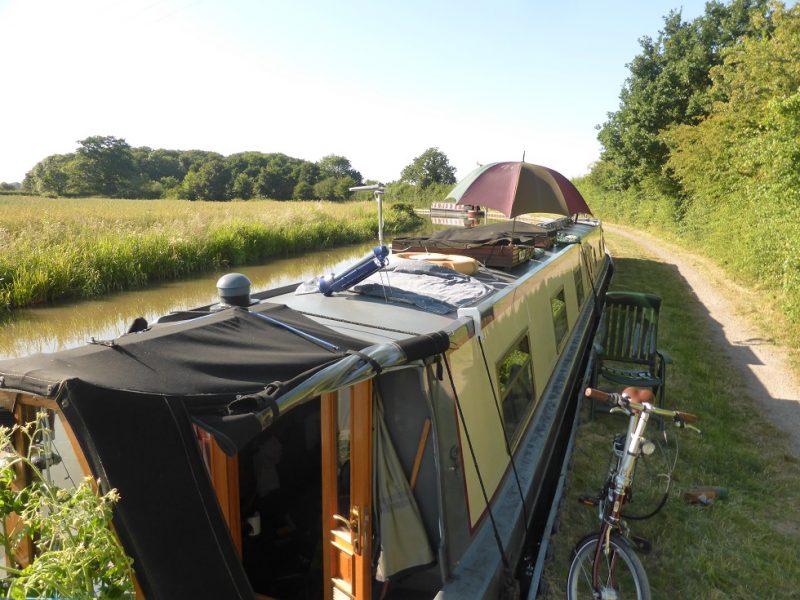 I know, our sleek and neat Aqualine boat looking more like a skanky one but it does help reduce the insides from the usual inferno. I’m guessing we may move tomorrow, if only to find some shade.

And just for Gail, Jenny & Penny (Happy Birthday!!), here’s a much younger Toby at our old house in Blagdon, in the snow – it cools you down just to watch it.