Nearly a week in Mountsorrel, time to move on. Meanwhile, Steve has bid on an antique ship’s clock on Ebay and won. So he’s planning a train trip from Loughborough to Kirkby-in-Ashfield on Monday! So down the Soar, thru Barrow deep lock and on to the canal bit to Loughborough. 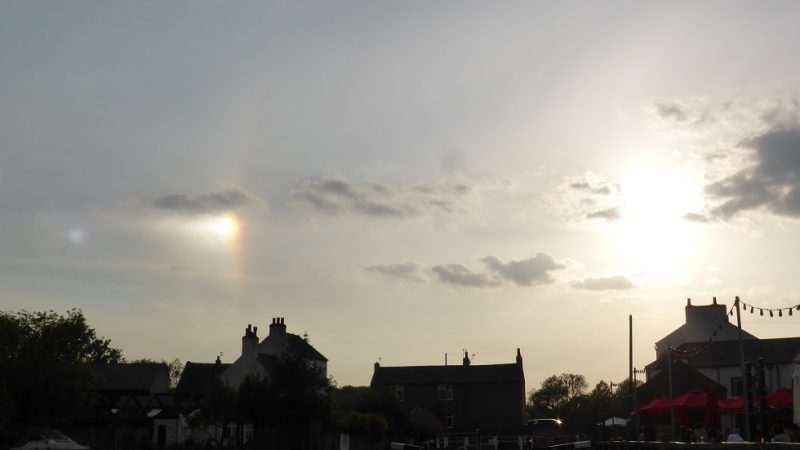 Next day – down through Mountsorrel lock 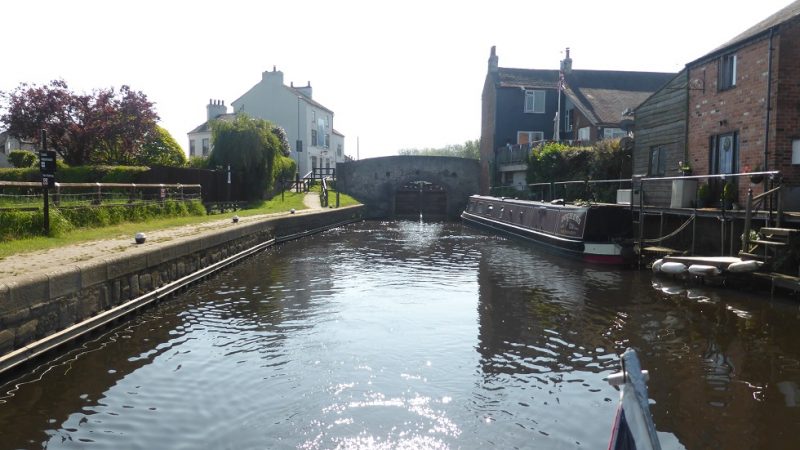 Lots of wildlife about 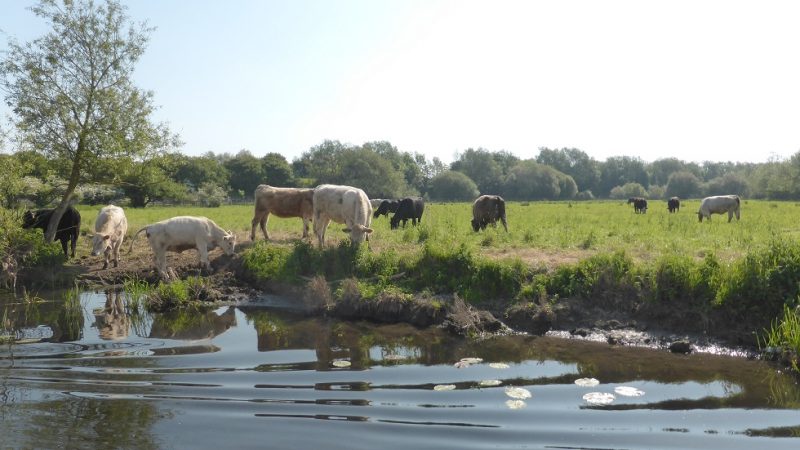 Some awfully nice properties in Barrow-upon-Soar, including the one with the canon! Going for £760,000 (indoor pool, sauna, annex, 5 bedrooms??) and a nice mooring of course. 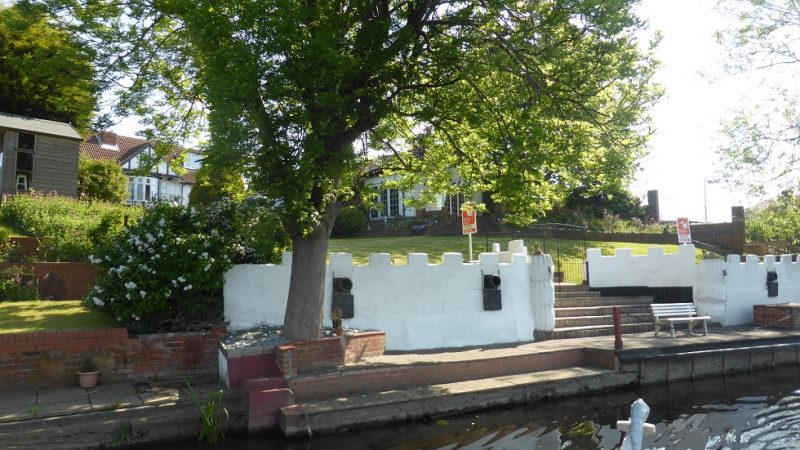 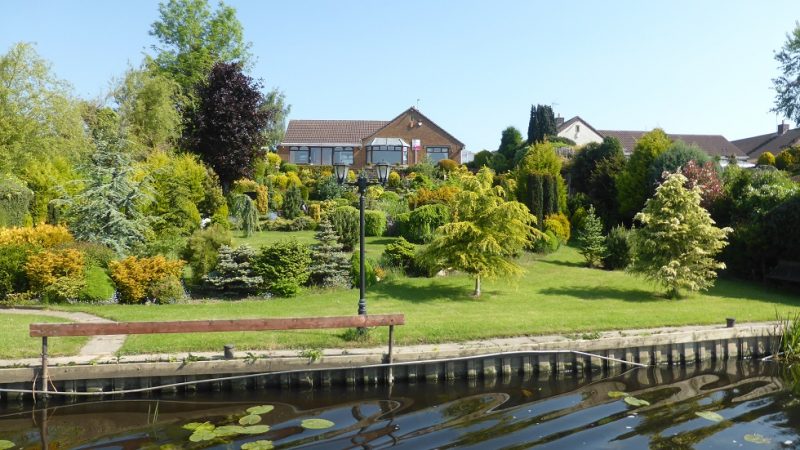 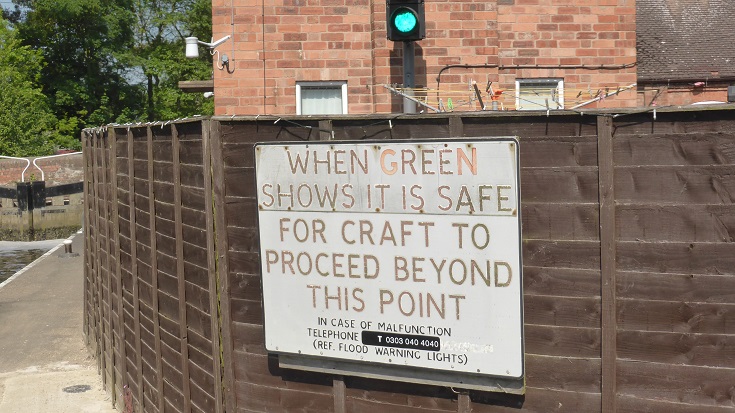 I originally thought , aha! lots of CRT volunteers but no, they were from the charity boat (Peter Le Marchant), waiting t’other side of the lock. They all came to help us through. 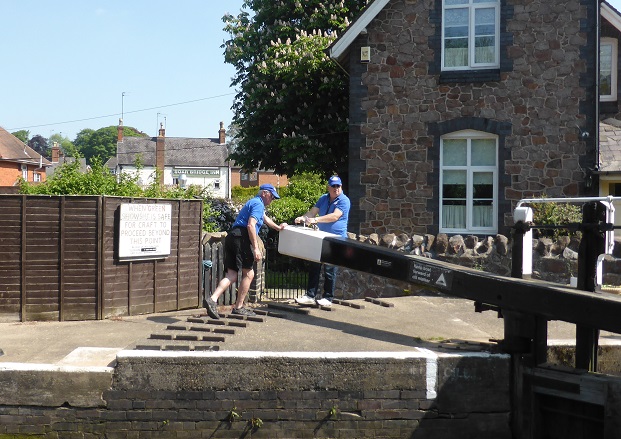 Steve, showing off his new tiller tassel, bought from a boat selling all kinds of fender like stuff. 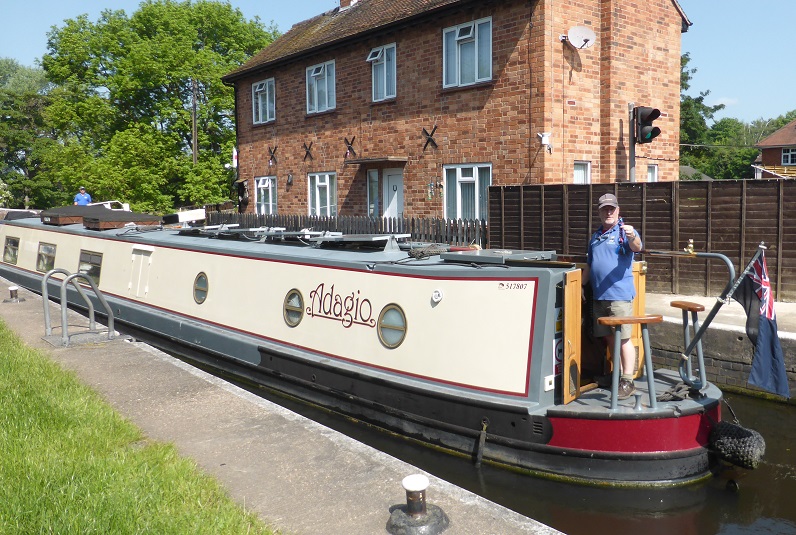 It is a deep lock 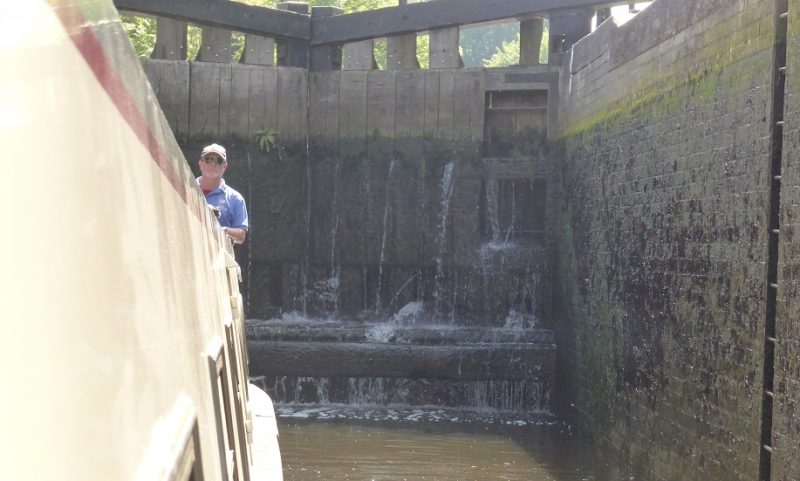 And there’s the boat – all decked out – for it is a Royal Wedding today! 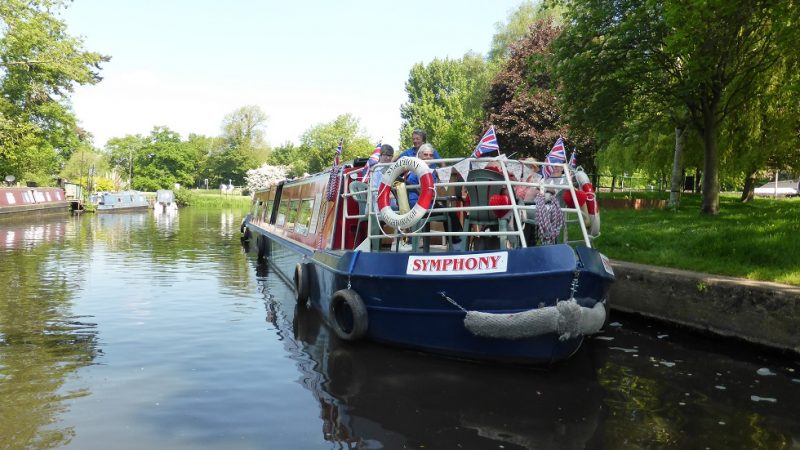 A very serene river Soar today as we approach Pilings 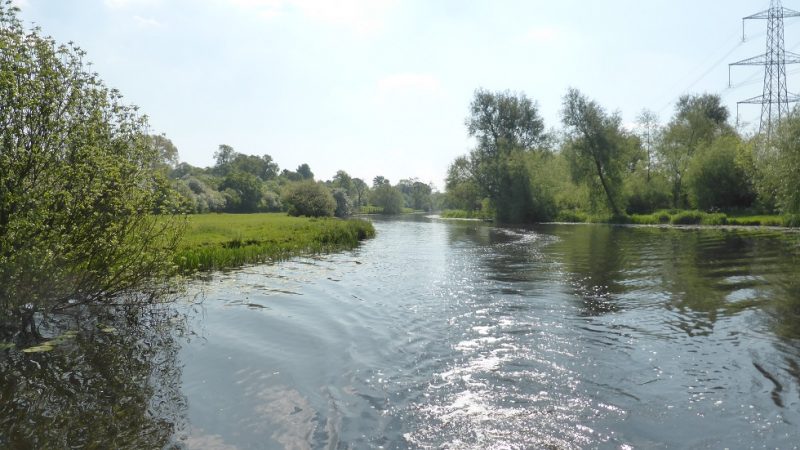 Another 30 mins and we’re in Loughborough, just round from the junction, on bollards but not outside the Albion PH, for it is no more! 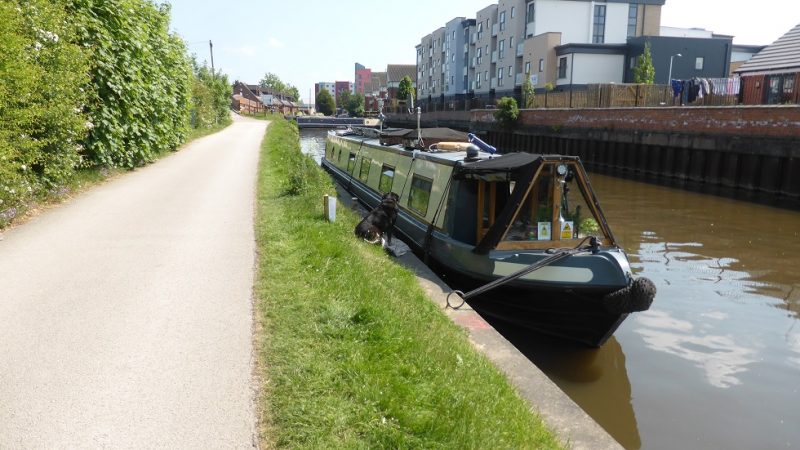 There are however, plenty of pubs to choose from. This is the beer list inside the Swan in the Rushes. We also visited the English Gentleman and the Paget. 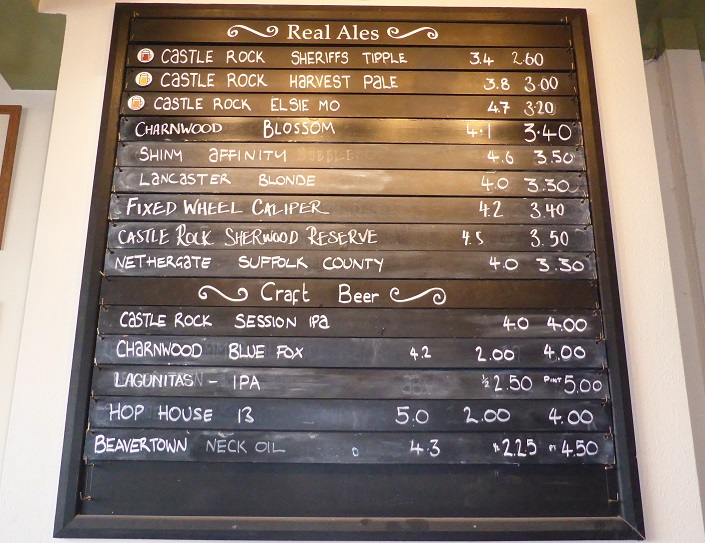 Here for about a week – weather looks set fair, if not Scorchio. So we stay put and let the solar energy power the boat.  Meanwhile, here’s Steve with his clock. A Thomas Mercer (c.1920?) ship’s clock, fetched from three bike journeys and two train trips! 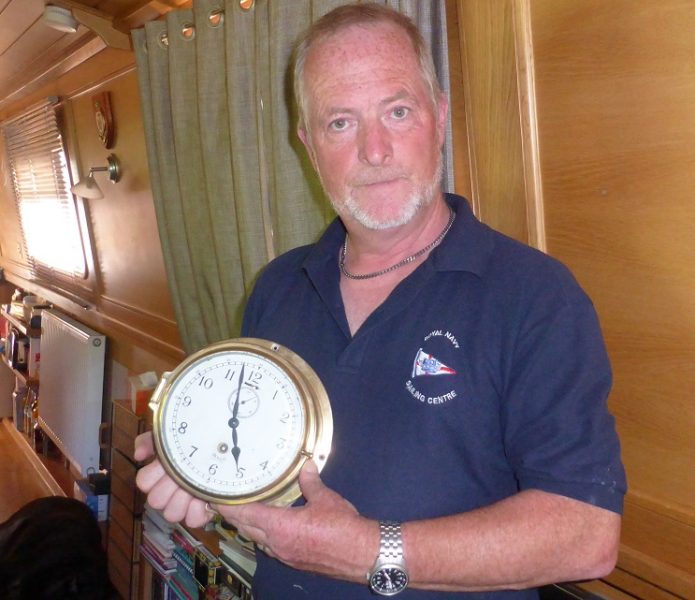