Awoke to a weird bleeping noise. Not heard that before. It was the newly installed Victron BMV-712 – the battery monitor. The battery voltage had reached 12.2volts  or 50%! Alarum! Alarum! Go to Purple Alert! To be honest and fair, we have been using the leisure batteries a good deal (two nights running we watched films via the Blu-Ray player, TV and sound bar) plus it hasn’t been that sunny. An initial panic but we did plan to set off today anyway – we have a large lamb shank to cook in the slo-pot. So, ideally a 5 hour cruise would be needed – to properly cook it and to recharge the batteries. This would mean heading straight to the end, without stopping at Shackerstone. Onwards! 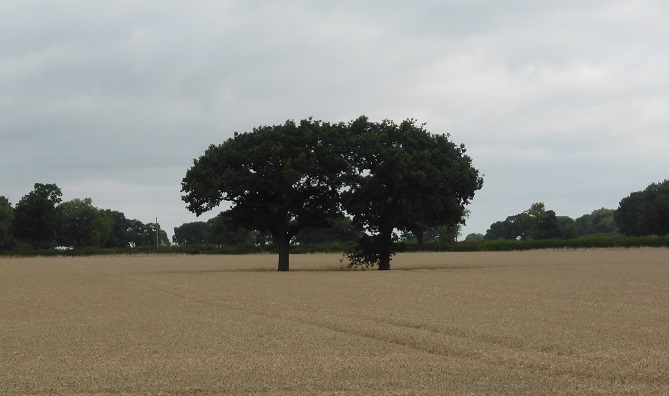 A very rural and quiet canal with beautiful scenery 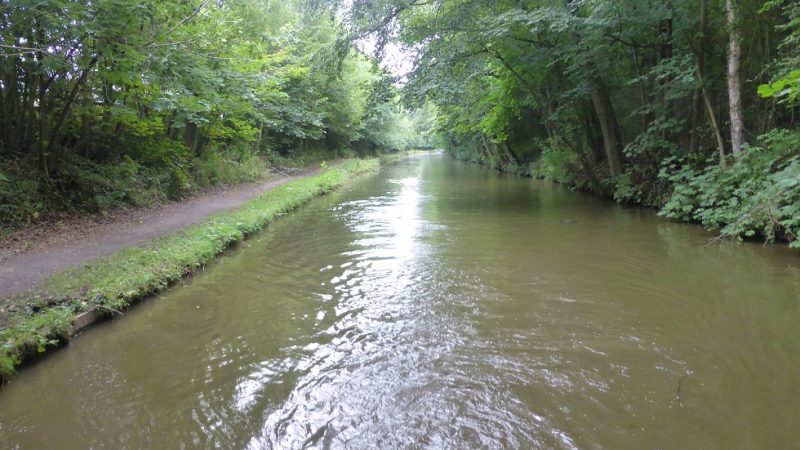 Beyond Shackerstone, it gets a bit wider and very pretty – this is near what was Gopsall Hall – famous country seat where Prince Edward VII came by train to Shackerstone and then by carriage to the Hall. Handel also stayed here and is supposed to have written the Messiah here. All demolished now. 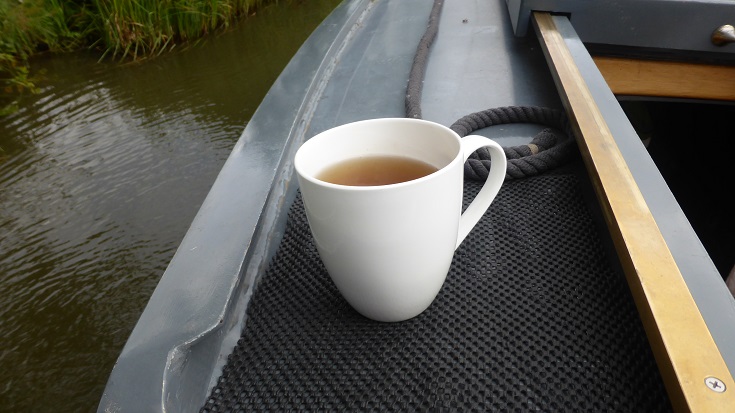 Just to show folks that the helmsman does get a tea supply on a regular basis. 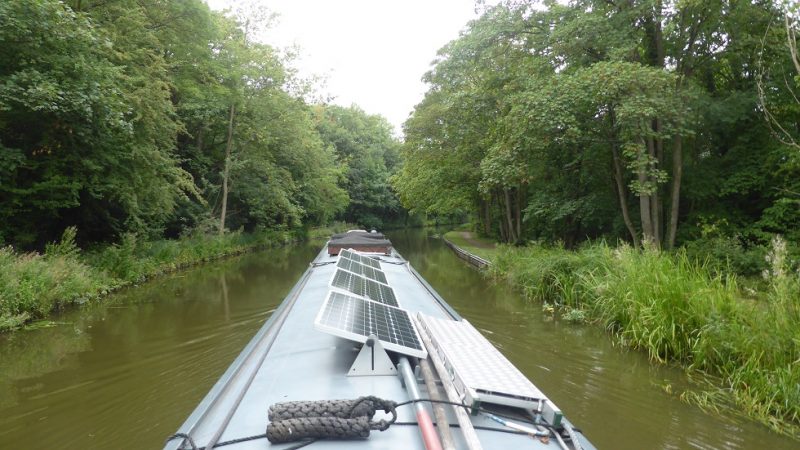 Looking more and more like the Enchanted Forest. It all seems very isolated and lovely. 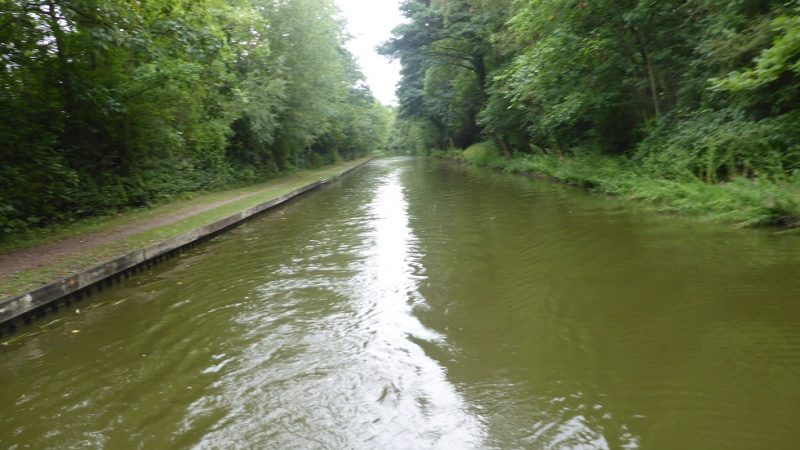 At Snarestone we meet the one and only tunnel on this canal. A nasty piece of work as it can only take one boat, so you have to check it’s clear and then it kinks a bit and then gets lower! A great chance to bash bits of the boat. So slowly and carefully we chugged through. 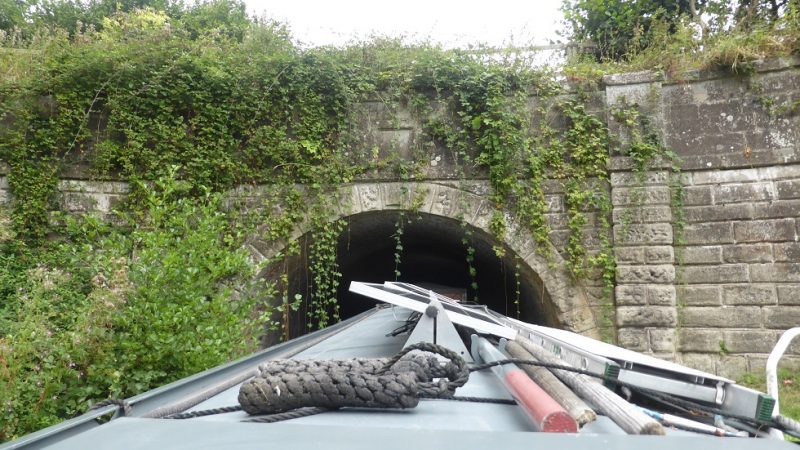 Could this be the last bridge? Bridge 61? A typical Ashby stone bridge and a turnover one at that. Here, the horse would cross the bridge from the right to left, turning around and then under the bridge – ceasing the need to uncouple said horse. 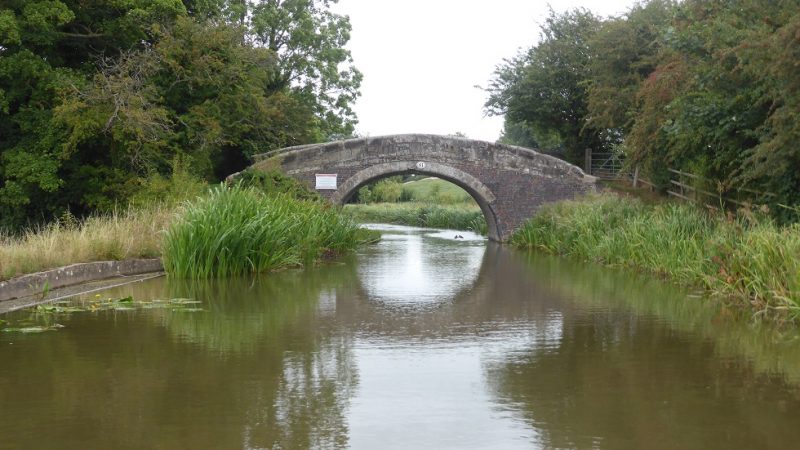 The terminus is an odd affair. A huge winding hole, so you can turn the boat around. Plus there’s a facility point for boats (left) and a bric-a-brac shop with the Ashby Canal Association hut on the right. We bought a few bits and pieces as well as donating some videos (thanks Mark) and a book. We then reversed thru the swing bridge (61A) to a small 48 hour mooring. Now on the Ashby Canal Assoc. water and not CRT! This will do us for a day or two. Lamb all cooked. 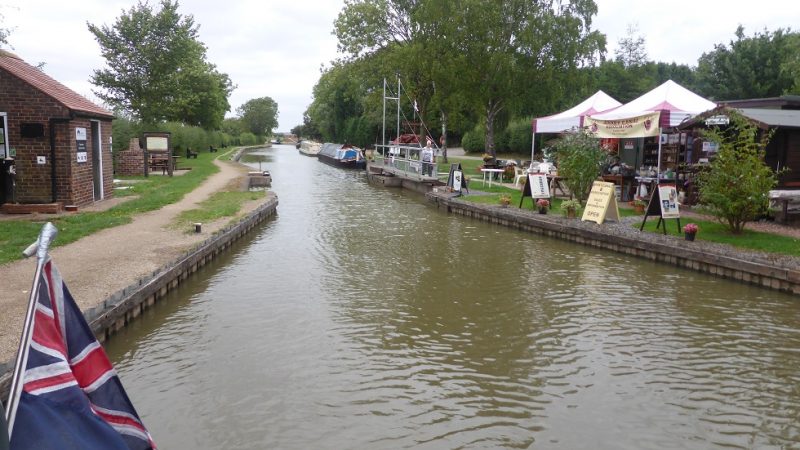 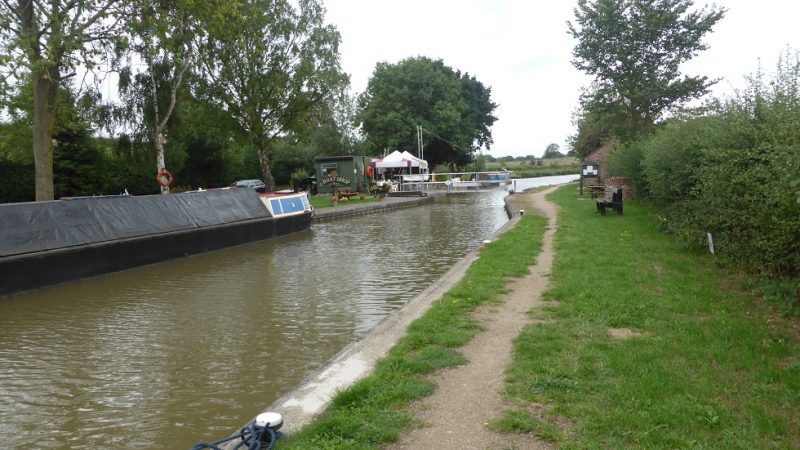 Feels kind of snug & secure back at this mooring. 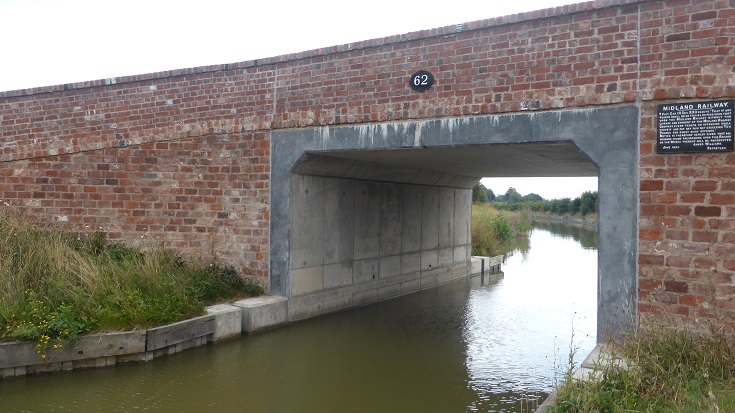 Steve cycled on to find the lost bit of canal for it used to go on for a further 8 miles through Measham and on to Moira. But, all the coal mining which was the canal’s raison d’etre, caused a lot of subsidence and the canal closed. They have restored bits and have plans to restore the whole thing – perhaps not even using the original course but the railway bed instead. 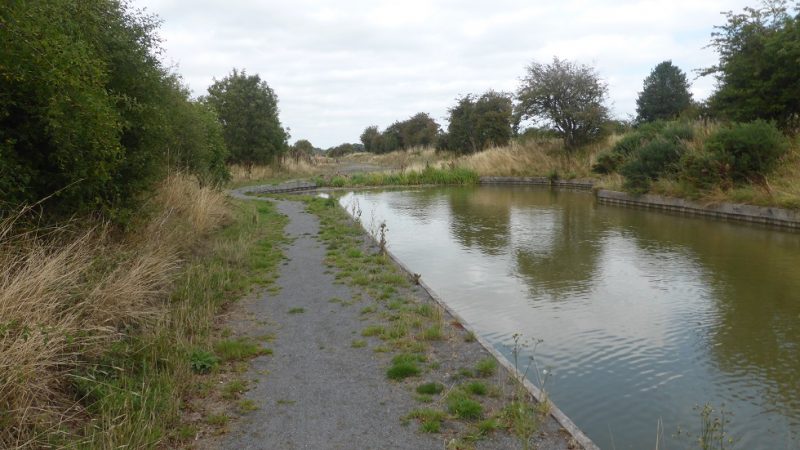 This is the actual end – and one reason we swung the boat early as you can only turn a 50 foot boat here. I thought there might be a nice towpath to cycle on but no. It was a very rough track for a bit and then it petered out. I tried to follow it but resorted to going on the roads to Measham. Even here it was hard to find the old canal – there was a Navigation street? 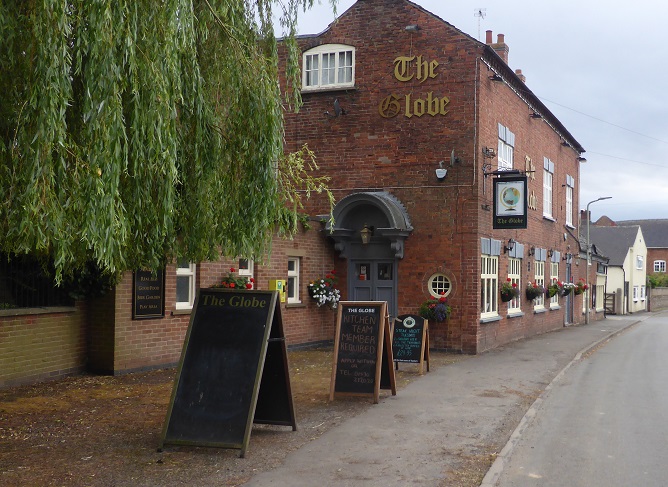 That evening we walked the dog back along the canal to the Globe and sat in the garden . . . drinking Thatcher’s Haze and eating crisps – noting how both came or used ingredients from Somerset! 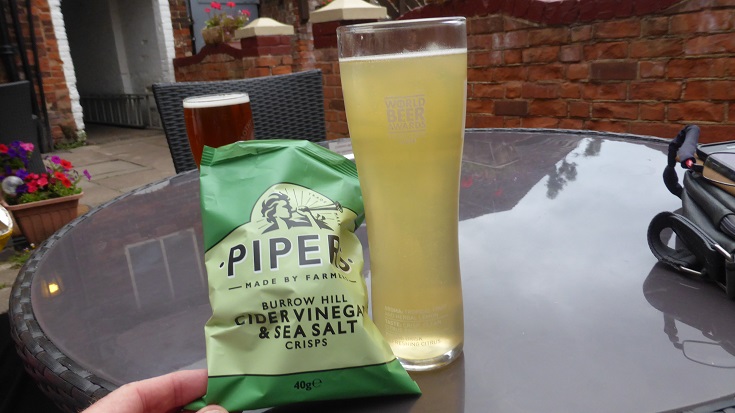